Following a positive reception on mobile

Afterburn, the team behind the excellent Golf Peaks, also released another stellar title last year called inbento that released on iOS and Android in September last year. Now they'll be bringing their Zen puzzler over to the Nintendo Switch on March 12th.

If you're unfamiliar with inbento, it's a food-themed puzzle game where you'll have a recipe for a bento meal and you'll then have to arrange the different ingredients at your disposal so that it matches that picture. It starts simple and gradually gets more complicated the further you manage to get through its 100 plus levels. It's never ended to mind-bogglingly difficult, however, it's intended to be a chilled-out experience, after all.

It has an adorable art style that's inspired by Japanese aesthetics and bento cuisine that will particularly appeal to fans of cats. You play as a mother cat preparing lunch for her kittens. Each puzzle is presented as her looking through her recipe book for a new type of bento to make, children can be fussy after all, you've got to mix the meals up. 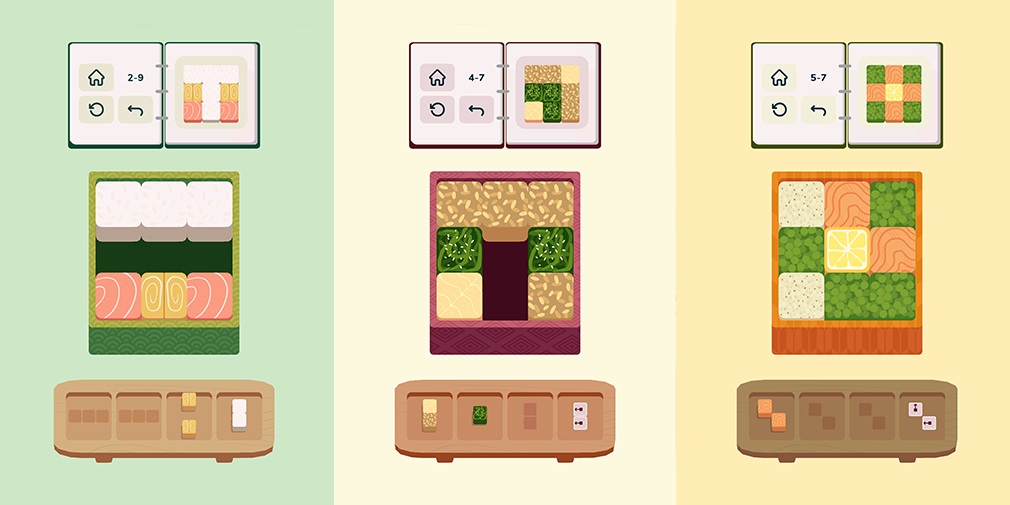 We asked our App Army to test the game out back when it launched last year and it proved to be a universal hit amongst them. That's high praise indeed, given that the gaming tastes within the group naturally vary from person to person.

inbento is currently available on both the App Store and Google Play where it's available for $2.99. Meanwhile, it will be heading to the Nintendo Switch eShop on March 12th.

Enjoy a good puzzle game? Here are 25 of the best available on iOS