All heading to mobile this spring/summer

Crescent Moon is fast becoming one of the most prolific publishers of quality mobile games around, with the likes of Morphite, Subdivision Infinity, and The Deer God under its belt. Now, the team has only gone and announced a further 8 all-new and existing titles headed to iOS or Android later this year.

It's certainly a varied lot, running the gamut from story-driven adventure games to tricky puzzlers, with the one connective thread being that they all look really quite promising.

And so let's take a closer look at them to see what they're all about.

Beyond This Side is an episodic adventure game all about a mysterious fellow named Sam. His wife has up and vanished, with nought but her severed hand remaining. With the cops having given up, Sam takes it upon himself to head out and crack the case.

For months, he hangs around the alley where her hand was found in the hopes of uncovering more info. Will his quest slowly pull him into the city's dangerous underbelly? Well, yes, probably. But I guess we'll have to wait until later this year to be sure. 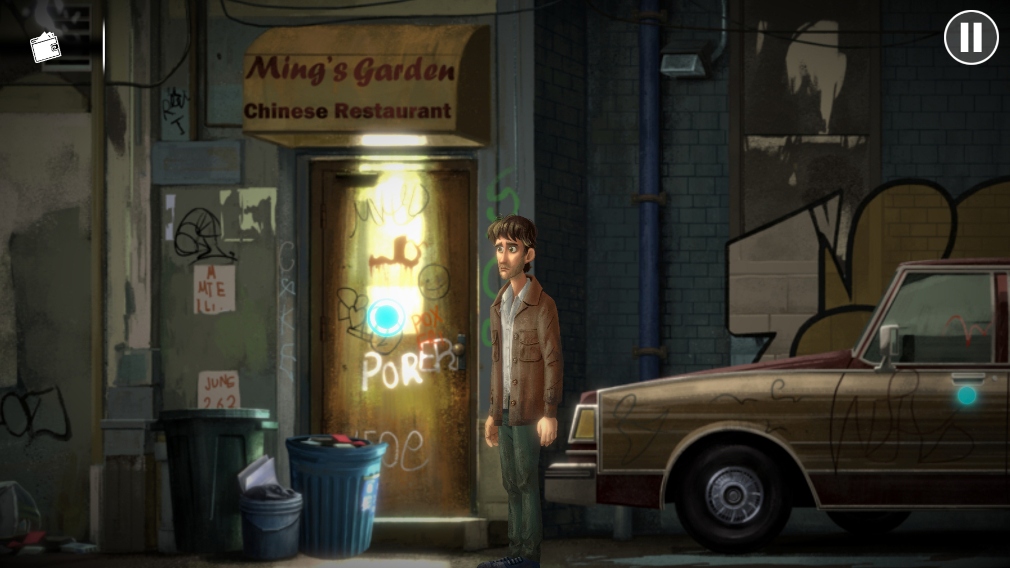 This here is a hypnotic adventure game that takes place along an infinite, unexplainable pathway. You'll solve puzzles and traverse the environment as the camera continues to zoom in, creating a strange and distinct effect. Really, it's best to watch the trailer to get a sense of how it looks in motion; all I can say is that it's neat.

Story-wise, you'll work to gradually uncover your own lost memories. It's said to offer a minimalist, mysterious tale, which is clearly enhanced by the uneasy sound design and bizarre visual style.

Path to Mnemosyne is definitely one to keep an eye on.

Alter is a well-presented, tile-based puzzler that challenges you to explore two parallel worlds. The levels are said to be "meticulously designed", boasting handcrafted art and a distinct sense of style.

There are a number of environmental elements to play around with as you go about trying to solve its imaginative puzzles, as well as plenty of multidimensional enemies to outwit along the way.

You'll play as a young woman led to a lost desert temple that seemingly holds mysterious powers. Its tale is a soul-searching adventure exploring themes of grief, happiness, and our own inner demons.

We've been looking forward to David Donze's Tomb Toad for a while now, having first covered it back in December of last year. It sees you attempting to help a grumpy-looking toad navigate dangerous tombs by rotating and manipulating the entire level.

Shifting the area will result in the toad and, in many cases, a number of enemies/environmental hazards moving around. This means you're going to have to think carefully about your every move, as even the slightest of turns can result in the poor toad's untimely demise.

This here's a cute 2.5-D platformer where you'll navigate treacherous terrain as what would typically be an enemy monster – think a less grumpy Goomba. He's on a dangerous quest to liberate his fellow minions from the spell of King Metafoblin, a rogue final boss.

Its environments are an interesting mix of 2D pixel art and low-poly 3D, putting a fresh spin on its platforming action. Each level is packed with well-hidden secrets to uncover, though they're also built to accommodate speedier runs.

Rog & Roll looks like it could appeal to platformer enthusiasts of all types.

Echoes of Aeons is an epic, hand-painted RPG that draws heavy inspiration from Final Fantasy and Legend of Mana. It looks like a proper old-school RPG; the likes of which we seldom see on mobile.

It ditches turn-based combat in favour of hack-and-slash action, though it's careful to carry over the expansive world, narrative, and sense of adventure that turned many of its inspirations into genuine classics.

Echoes of Aeons is also clearly quite an ambitious title, offering 15-20 hours of quality adventuring in its main story alone.

Swordshot is a timing and reflex-based action game that sees you playing as a magic-blasting sword. Your enemy in every level is protected by various barriers that float around them, meaning each of your shots must be precise and timed to perfection.

The different stages have their own specific rules that seemingly mix up the gameplay and keep things fresh. There are, for example, underwater stages that mess with your established timing and rhythm.

Young fisherman Luca isn't having a great time. It's been a full moon for two months, supplies are running low, and now he's marooned on a mysterious, puzzle-filled island where nothing is what it seems.

Here, the world only moves when you do. To survive and hopefully find a way home, you're going to have to head out, survey the island, and solve plenty of puzzles.

Fans of Link's Awakening and other classic Zelda games will likely get a kick out of Solar Knight's visuals and sense of adventure.

Beyond This Side, a supernatural adventure game, creeps onto iOS and Android today