Book of Demons: Tablet Edition is an upcoming deck-builder/hack and slash hybrid for iPad

Following the PC release back in 2018

Book of Demons is a hack and slash title with deck-building elements that originally left Early Access on PC in 2018. Today, developers Thing Trunk have announced it will be heading for iPad on 13th February where it will be called Book of Demons: Tablet Edition.

If you're unfamiliar with Book of Demons, it's a procedurally generated dungeon crawler where players can decide the length of any quest using a system called Flexiscope. This essentially means that if you're a bit more pushed for time you can do a shorter dungeon and the developers say you will get a similar 'game flow' as someone that does an hour-long dungeon.

By 'game flow' they mean each dungeon still has the same ratio of combat, downtime and bosses, rather than just simply being shorter. On top of that, if you prefer to play games with a little more risk involved then there is also a Roguelike Mode for an additional challenge. It's great to see Thing Trunk include so many different ways to play to cater to different needs.

The overall goal for players is to save the Paperverse from a powerful Archdemon. The reason it's called the Paperverse is that, well, all of the environments look like they've been constructed from paper. It looks like a living pop-up book and characters even move around in the bobbing up and down South Park style, which is a cute touch. 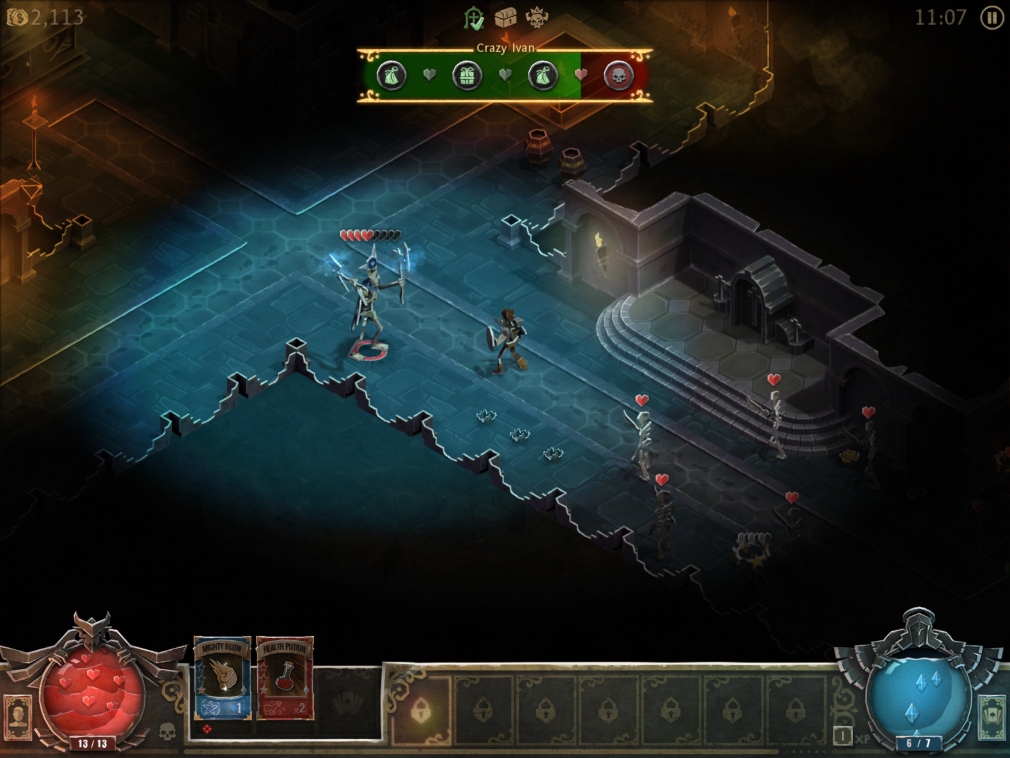 There are three different classes to play as – Warrior, Rogue and Mage but instead of weapons, you'll have a deck of cards to use instead. There are 40 cards in the game with legendary variants for specific classes. So it's a case of selecting the right cards to play to help defeat one of the games 70 different monsters.

Book of Demons: Tablet Edition will be available on the App Store when it releases on 13th February and you can pre-order it now too if you'd like. It will be a premium title that will cost $4.99 at launch but this will go up to $9.99 shortly after.

Enjoy action-packed games? Here are 25 of the best you can play on iPhone and iPad
SEE COMMENTS

The Seven Deadly Sins: Grand Cross will launch for iOS and Android on March 3rd

The Seven Deadly Sins: Grand Cross will launch for iOS and Android on March 3rd

Death Come True, the latest from the mind behind Danganronpa, hits iOS, Android, and Switch in June