Is 2020 the year that misleading mobile game advertising is stopped?

After 2019 saw the Loot Boxes as Gambling argument shift into a new gear. Could 2020 be the year that we start to see a push back against misleading mobile game adverts?

It's been almost a decade (2011) since the bulk of App Store revenue shifted from premium to free-to-play, and with that big ol' shift there naturally came a major refocus on how developers earned their money. Adverts, be they interstitial ads or banner ads, became the main advertising method, and it worked well. People, as it turns out, don't really mind watching adverts if it means they don't have to pay money.

As we all know, interstitial adverts come in a variety of shape and forms. Some are simply delivered after every run at a game, others can appear if you want to speed-up a timer, others appear at boot or seemingly randomly.

The issue these days isn't the quantity of them, it's the quality of them.

As most people who dabble in free-to-play games will know, there're some major offenders, and they tend to be some of the larger games out there. Over time the advertising strategy of these games will change as they A-B test new audiences. Month One will be a video showing a person running around, quickly picking up very rare items.

The character will go from zero to hero in a brief moment. A couple of months later and it won't be a showcase of the player's potential journey, instead it'll be an interactive ad which barely resembles the actual game. 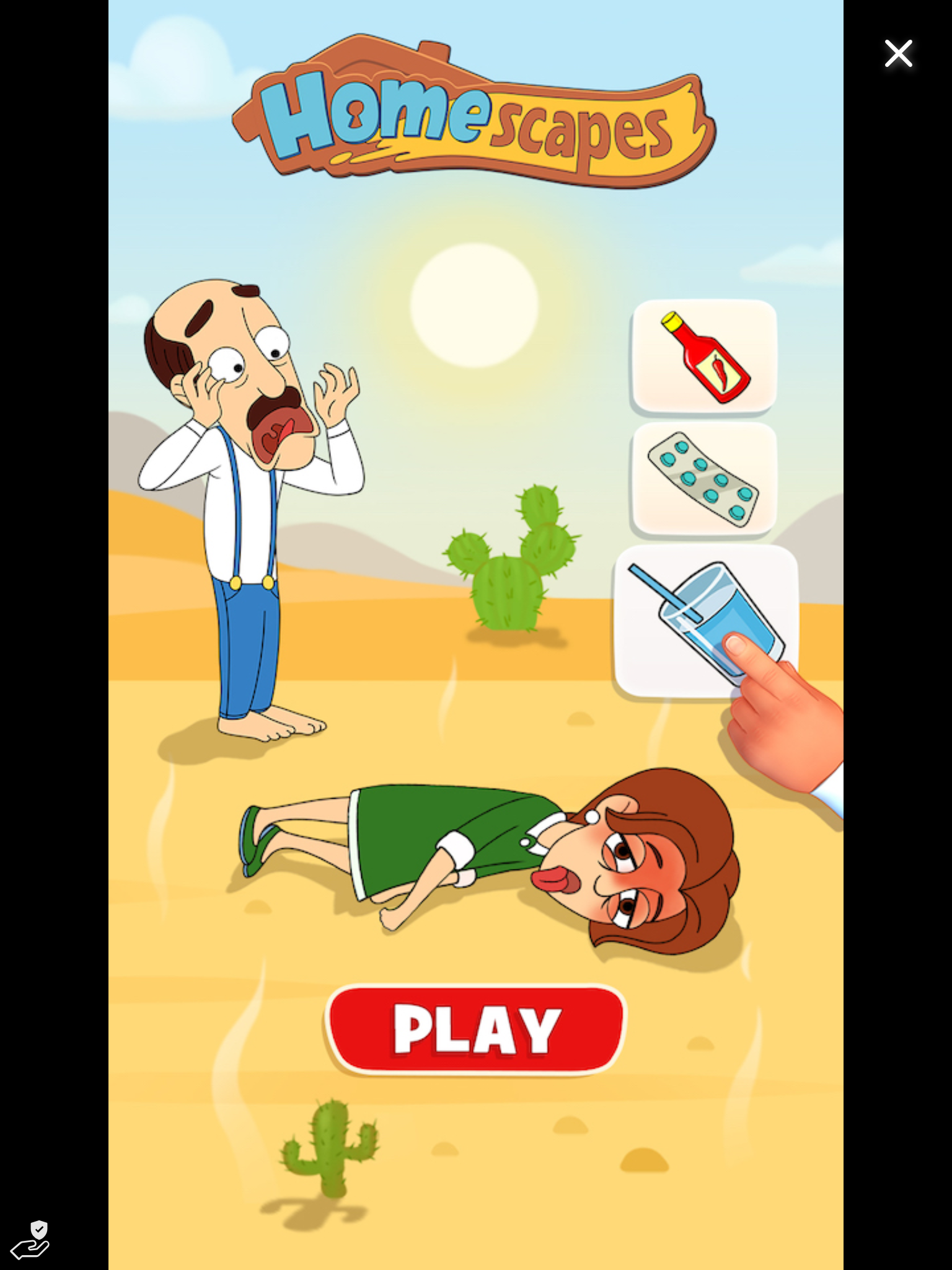 Naturally, there is a line which is crossed between selling the actual finished product to players and selling an idealised version of the product. An iconic version of the game which adds a new meta to it which doesn't even exist within the game itself.

Another example might be, for instance, a match-three game with a home-design theme which initially presents itself as just that, but evolved adverts later instead present it as a point and click style experience. These switches happen in adverts, but they also permeate into the promotional trailers for the games - until eventually new players are lured in by artwork which actually has almost nothing to do with the game itself.

The line crossed is a tricky one to draw out, but, what is key to remember is that other industries are regulated against pitching a fully fictitious thing in place of a real one. Advertising in the UK, for instance, doesn't allow you to say you are better than a competitor unless you provide market research to accompany your claim.

The issue is that most industries have their own ways to tip-toe that regulation.

For instance, many of the Pocket Gamer team are active cinema go-ers. The main difference between watching movies at the cinema versus at home is that while at the cinema you are within the ecosystem - and what I mean by that is that you are actively engaging with new releases, so you get trailers for up-and-coming future films.

I'm sure that if you attend the cinema too then you are already quite worn down when it comes to movie trailers as a representation of the final film. But as I'm sure you're more than aware, there are some real exceptions to the normal editing for dramatic flair that we so often see for action movies and the like.

Most movie trailers stitch together action sequences in a way which dilutes or confuses the 90-minute story down into an enjoyable two-and-a-half-minute trailer. In taking things out of sequence the actual story of the movie is still often delivered, but in a way to avoid spoilers. Although that said, there are some companies which do attempt to create an entirely different story in their trailers than the actual film - see Disney's animated movies.

But, to wrap up this little tangent, even these movies actually use footage from the films, albeit edited to be completely non-sequential. People could, and likely will, argue that these trailers are symbolic of the essence of the film, animation-wise, rather than the story... and they'd be right.

So, what happens about mobile games which present an entirely different interactive experience or playstyle in their trailers?

When the push back against 'loot boxes' first appeared it was a little confusing. There were two major parties. The first one was pushing back against concealed odds - which ultimately won through. The second was the more vocal one, it was pushing back against it being a monetization option in general. The latter became incredibly vocal back when EA made a - later retracted - statement in 2013 saying that they'd be pushing for microtransactions in all of their games (PCGamer). Other publisher and developers were already delivering similar mission statements.

At the time EA had been putting optional purchases into games like Mass Effect 2 and Dead Space 3, purchases which felt quite unnatural compared to progression options available in the earlier titles in those series. Their statement sent a lot of people off of the deep end.

That said, neither of those titles required the microtransactions in order to finish them, and nothing was 100% locked away behind them. In Mass Effect 2 they were for the (exceptional) multiplayer - boosters to speed up unlocking items (like rushing chests in Clash Royale, frankly) - while in Dead Space 3 they allowed you to gather crafting resources quicker, another thing we are very familiar with on mobile.

Either way, for all of the noise that was made, ultimately it was revealing the contents of what could be in the boxes - and the odds of getting those things - which became the thing which was taken from that push back, rather than the cancellation of 'slot-machine' mechanics.

So, we get back to the present day. What can we learn from the microtransaction argument when it comes to the discussion about how games advertise themselves? Maybe the biggest thing is that the Loot Box legislation ultimately succeeded through loud voices both in games and outside of games talking about it. We've seen more changes over the years through parents concerned about their children's wellbeing when playing games than we have most else.

Who remembers those stories about kids who made multiple purchases on their parent's credit cards while not aware of the actual financial cost of the items? It's that kind of story which actually ultimately permeates through into the collective public consciousness, and had progress made toward getting Loot Boxes regulated.

I'll leave you with the question "What is the 'My kid spent 10'000 bucks on microtransactions' of false advertising in mobile?"

If we can answer that then maybe 2020 will be the year that mobile game advertising begins its path toward proper regulation, and we start to see an end to the Wild West of advertising on the platforms.