And it's available now

Fetching Furballs is a physics-based action game from indie developer Daniel Noorduin that sees playing exploring an alien world where they'll be tasked with rescue fuzzy little creatures by solving various puzzles. It's available now as a premium title for iOS.

Players will take control of a red ship that comes equipped with a useful hook attachment. The aim of each stage will be to use that hook to pick up one of the titular furballs and pop them in a container back at the start of the level. There will be plenty of hazards trying to stop this from happening though.

This might be your archetypal floating saw that moves up and down, requiring good timing to quickly fly past or there might be a few puzzles you'll have to solve to free the furballs in the first place. This could be something as simple as lifting a rock out of their way with the hook so you can then hoist them to safety.

There will occasionally be big red buttons you have to push to solve various puzzles such as unlocking gates that are keeping the furballs trapped or activating lasers that will eliminate the numerous machines that tirelessly patrol each area. 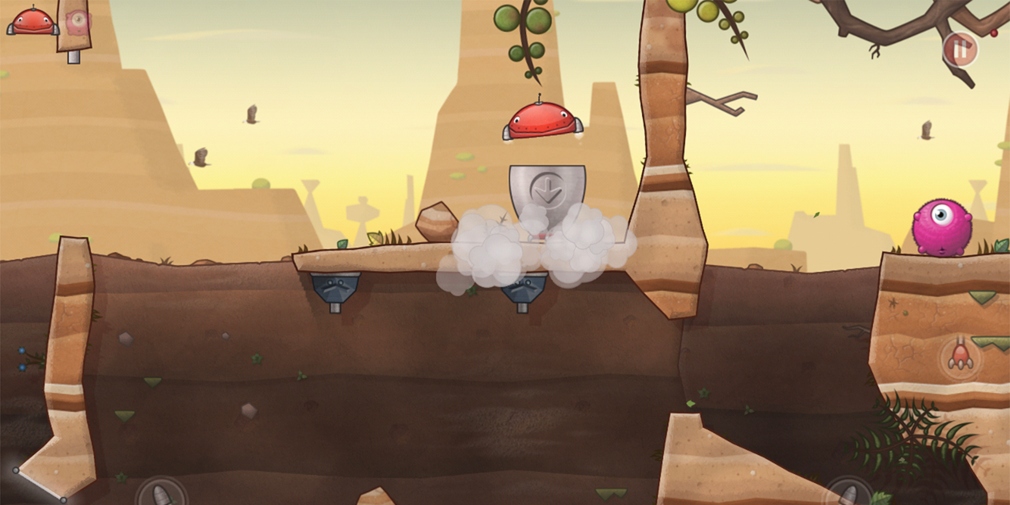 The furballs themselves will also come in a variety of sizes, which could make different levels more tricky. The smaller furballs can easily be lifted by the hook so that they sit flush to the ship, whilst the larger ones dangle beneath, meaning you'll need to be more careful as you make your way back through the level that you don't knock them against dangerous terrain.

You can check out some of the gameplay in the trailer above which shows off a few of the simpler puzzles you'll have to solve at the start of the game. Naturally, you can expect the game to become more complicated as you delve into the later levels.

Fetching Furballs is available now over on the App Store. It's a premium game that costs $1.99.