My Arcade announces the Super Retro Champ, a Switch-style console for 16-bit cartridges

My Arcade is set to release a successor to its 8-bit Retro Champ system later this year. The 16-bit Super Retro Champ lets you play SNES, Super Famicom, and Genesis/Mega Drive cartridges all from the same console.

What's more is that it's perhaps the Switch of retro consoles, in that you can play it both as a handheld and as a home console from the comfort of your couch. The console boasts a 7-inch screen and a built-in rechargeable battery with an average playtime of up to 5 hours. 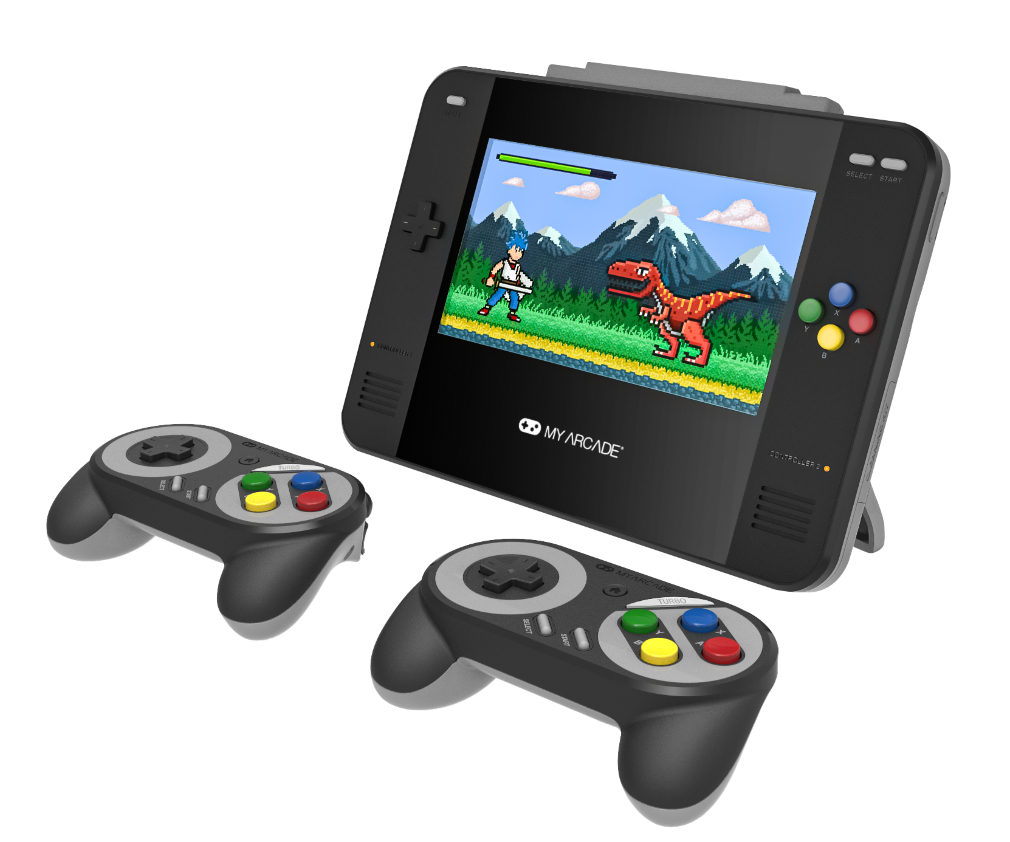 In handheld mode, it looks like a fairly hefty piece of kit, which I suppose it needed to be for the old cartridges to fit. You'll also be able to play it in tabletop mode thanks to a Switch-like stand that pops out the back.

The Super Retro Champ comes with two wireless controllers for TV mode, and setting it up with your TV is as simple as connecting the two via HDMI. Much like its predecessor, it also comes bearing a built-in cartridge cleaning kit. You'll of course need to have a collection of games to play on it, as it doesn't come with any pre-installed.

It'll set you back $109.99, and it's set to launch for sale later this year over on My Arcade's official site. 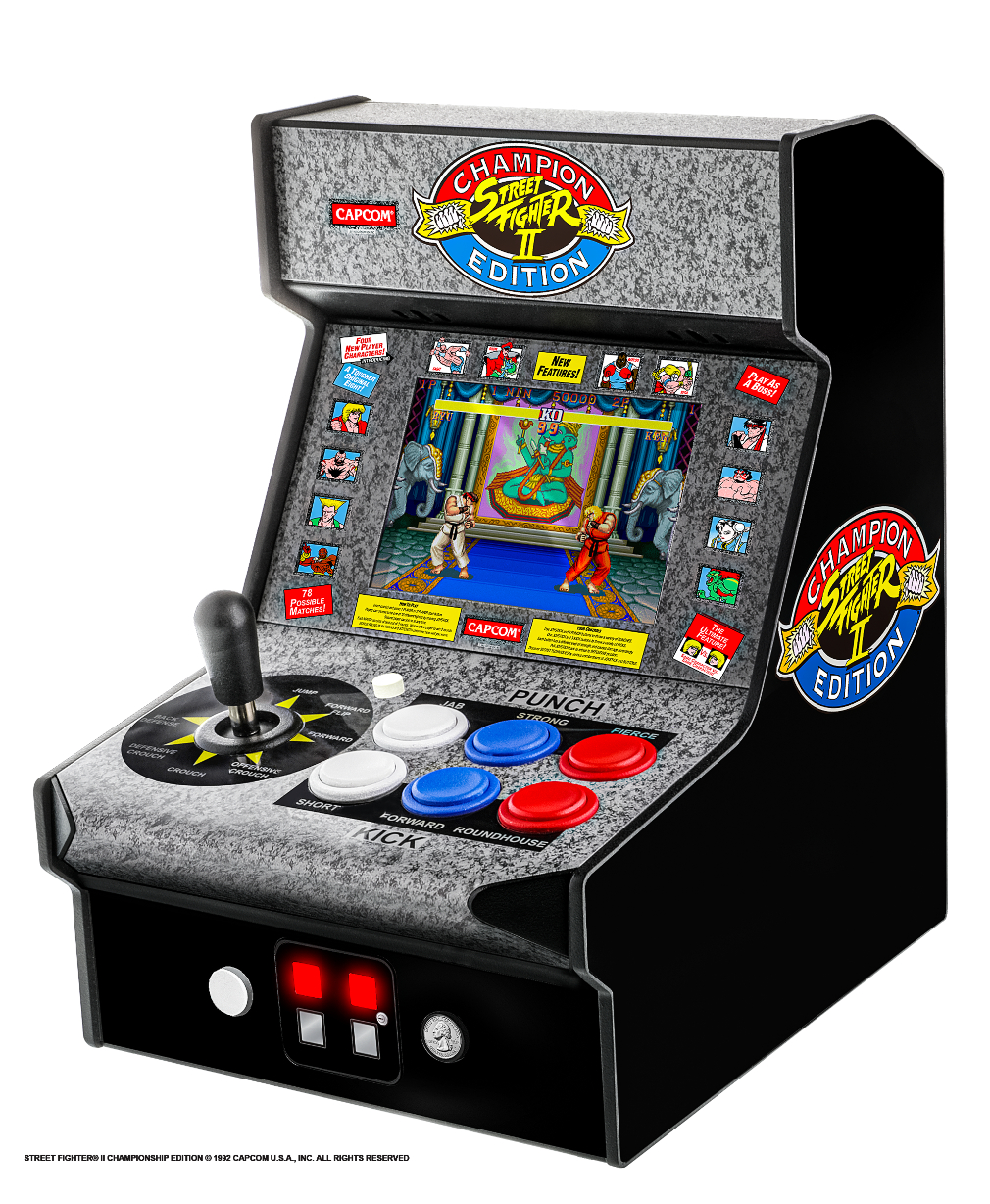 My Arcade has also announced its Street Fighter II: Champion Edition Micro Player. This is an officially-licensed arcade cabinet that stands at 7-inches tall with a 3.5-inch screen. It's roughly a 1/10th scale replica of the original 1992 arcade cabinet.

The six-button layout of the cabinet remains intact, and the packaging is decorated with artwork inspired by the 1992 original. It's priced at $49.99. Look for it later this year.

My Arcade's Switch-style console, the Retro Champ, that can play 16-bit cartridges is available now