Pearl Abyss' Black Desert Mobile is off to a terrific start after launching for iOS and Android last week. The hugely ambitious MMO already has a ton of great content to get stuck into, but it's clear that the western release is currently missing some pretty key features that are available right now in the eastern version. We spoke with Pearl Abyss, who sent us details on their planned feature updates for the expansive MMO. 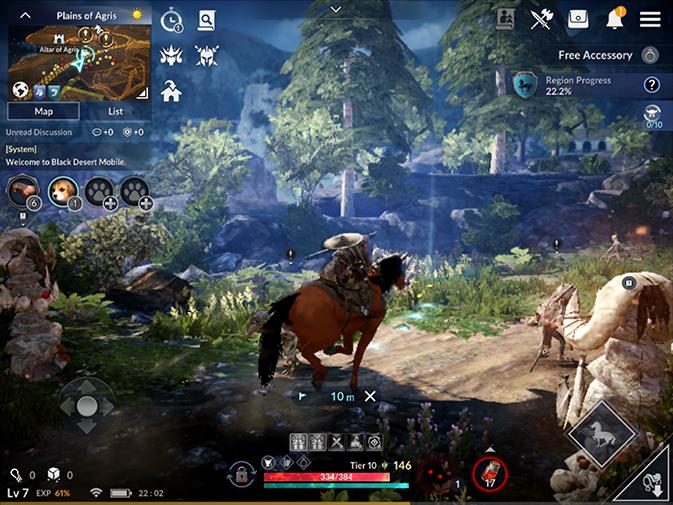 Perhaps the biggest omission at launch is the late-game 'Awakening' system. Once you reach level 65 with a character, they're supposed to unlock a host of fresh skills and a new weapon type. From what I can tell, attempting to reach level 65 is a sizable undertaking, one which many players won't complete until next year at the earliest.

Several character classes are also currently unavailable in the western release. That said, we now know that Pearl Abyss plans to release them gradually over the next year.

The roadmap below is subject to change, but it gives us a rough idea of when to expect key features like the Awakening and Succession systems. It's also great to see that we might be getting Siege Wars (new PVP mode) and Merchantry in the first half of the year. 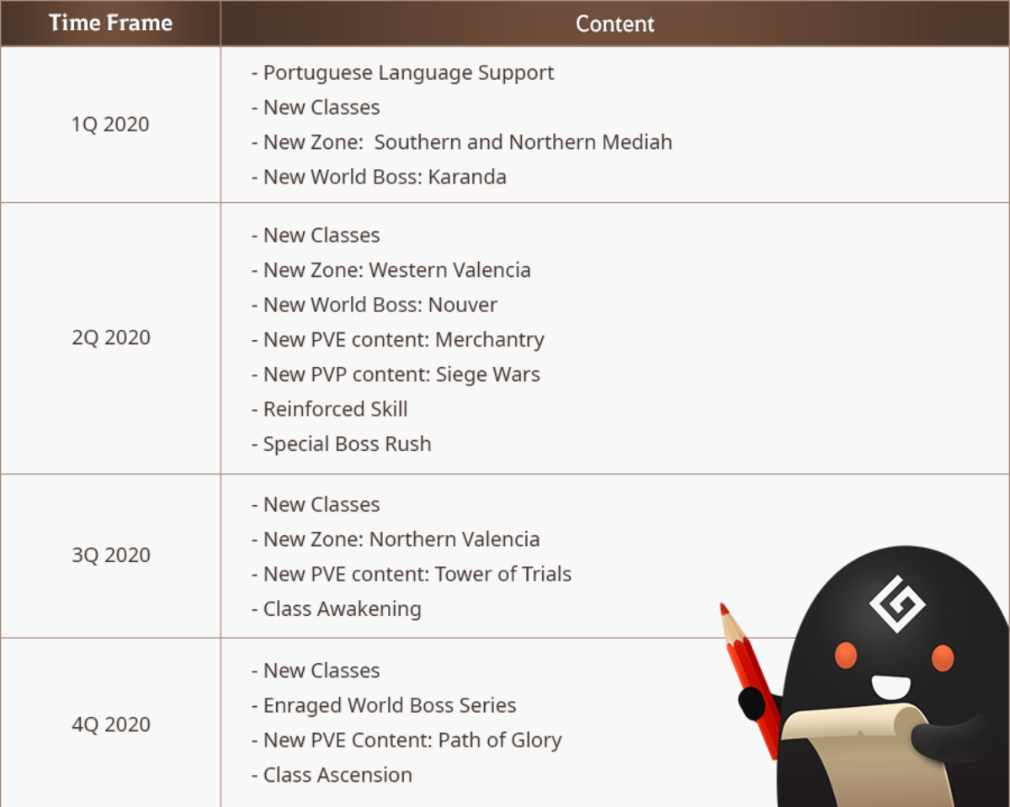 Blood Kin is another upcoming feature currently being teased by Pearl Abyss. What it basically allows you to do is summon another adventurer to you regardless of how far away they are. This seems like it'd be handy if you're in desperate need of help during a particularly tough quest.

Interestingly, it may launch with a feature that allows you to send a phone notification to your offline friend to let them know you need some backup. When together, Blood Kin will share a special buff and have the option to take on exclusive quests to earn some neat rewards.

The Fame of an Adventurer explained

The Fame of an Adventurer is a new reward system which allows you to give admiration to your favourite adventurers. The more fame points they get from other players' admiration, the better the rewards they'll earn. It's a nice way to give something back to those who have helped you out the most.

Again, remember that changes to the names and content of Blood Kin and The Fame of an Adventurer may occur before they go live.

You can download Black Desert Mobile right now from both the App Store and Google Play. And you can see all the latest BDM info over on Pearl Abyss' official site.