The aim of the game will focus on the expansion of your kingdom and then defending it from attackers. You'll do this by capturing Crystals Towers and defending them for long enough to claim victory. During the battle, once certain criteria have been met you'll be able to summon more powerful units to aid in the fight. 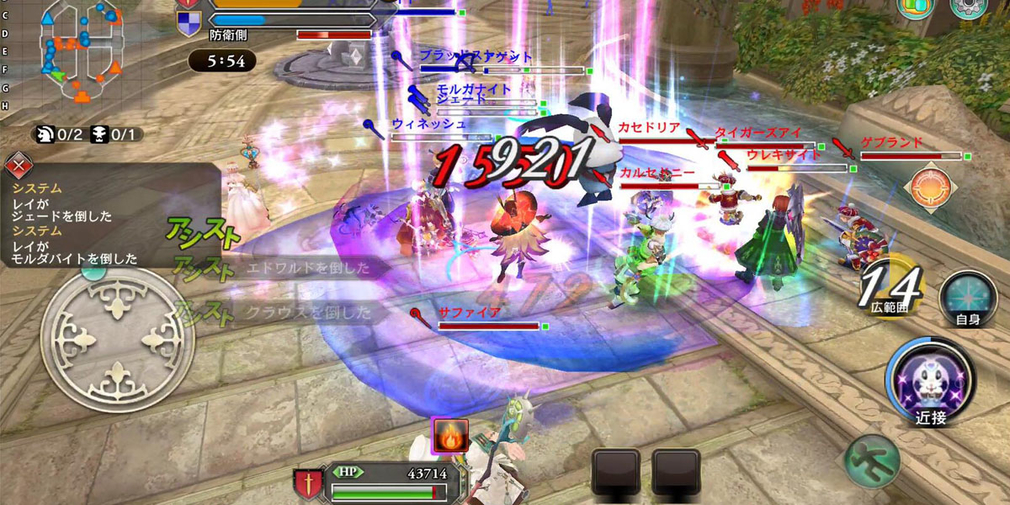 As with most pre-registration campaigns, there will be a few rewards available when the game officially launches depending on the number of people that sign up. This will range from enough orbs for one Gacha pull at the lowest level to enough for 10 pulls at 100,000 sign-ups.

The original game launched in 2006 for the PC so this is a case of Square Enix resurrecting one of its old franchises and seeing how well it would do on mobile. The Japanese version of Fantasy Earth Genesis was released just over a year ago where it's had a seemingly mixed reception, holding a 3.4/5 rating on QooApp.

Fantasy Earth Genesis is available for pre-registration now on the game's official website. It will be available for both iOS and Android and will be a free-to-play title with in-app purchases.

Arkanoid Rising, a remake of the 80's arcade classic, is available for Android through Hatch's cloud gaming app