Out now on Android and coming soon to iOS

Soon to be released on iOS devices, Adrenaline is an exciting new point-to-point racer that comes courtesy of indie developer Compulsive Entertainment. The game, like its title suggests, challenges you to go as fast as you can for as long as you can to set the best possible lap times and earn the sweetest rides.

Stylistically, Adrenaline has the feel of a classic arcade racer with 9 different tracks to master and a variety of flashy sports cars, rugged muscle cars, and hot hatches to race and customise to your heart's content.

Although it might not be as polished as big studio offerings like Need For Speed No Limits or Asphalt 9, don't let that deter you from Adrenaline's many merits - chief among which is its highly addictive gameplay. It manages to steer a perfect line of keeping things simplistic yet still challenging enough to keep you coming back for more.

Following on from our recent preview, we spoke with Adrenaline's chief developer to learn more about the game and the success it has achieved so far.

First off, what were your inspirations for making Adrenaline and what were the toughest challenges faced with developing it?

Our main inspiration for making Adrenaline was to put ourselves in a position to grow our company so we can continue to bring exciting games to market. We have a bunch of ideas we want to make a reality and Adrenaline is the first to come to fruition. We decided to create a simple yet challenging game as our first game, one that blends together fun with just the right amount of difficulty, to introduce players to Compulsive Entertainment.

Without doubt the biggest challenge we faced whilst making it was that we all had full-time jobs which meant we had to make Adrenaline during our free time. This made it extremely difficult to coordinate but did not stop us from completing our goal. 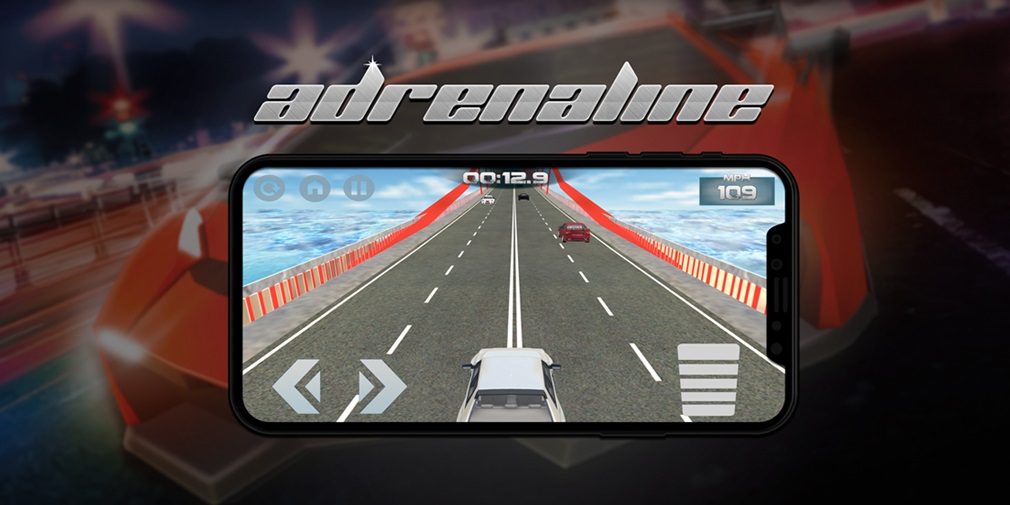 How has initial fan reaction been so far and has it helped shape the game in any way?

Racing games is a competitive market for mobile. What do you think Adrenaline offers that helps it stand out?

Racing games is definitely a competitive market, but we think that what makes Adrenaline stand out is how simple, fun and addictive it can be. The tracks are short so it can be played while standing in line at the grocery store or even at work without the boss ever knowing. 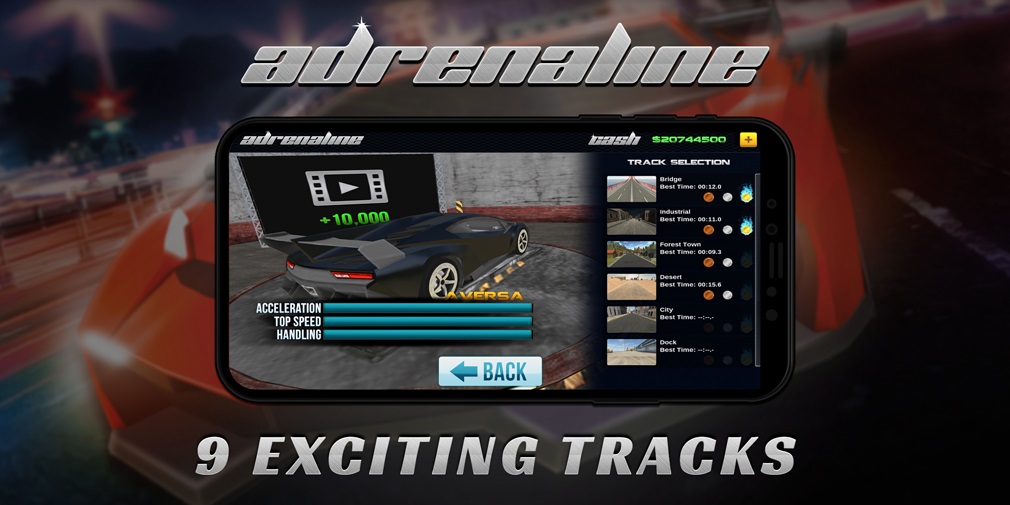 What are your personal favourite cars and tracks?

Our favourite car has to be the Aversa. Personally, every time I play Adrenaline, I cannot wait to get to the Aversa because it's the most challenging car in the game. The Aversa definitely takes the game to a different level.
My favourite track has got to be the Desert track simply because it was the first track I created. As for the track that I think is the most challenging, I would have to say it has to be the Mountainside track. There are a lot of hills and curves that make it really fun to play.

As a debut title, what are your expectations for Adrenaline and would you like to develop it into a franchise?

Our expectations for Adrenaline is that it performs well enough in the market so we can keep bringing players more content. We would love to develop this game into a franchise. We have various other games of various genres we plan to develop and Adrenaline is the bridge to reach these goals. 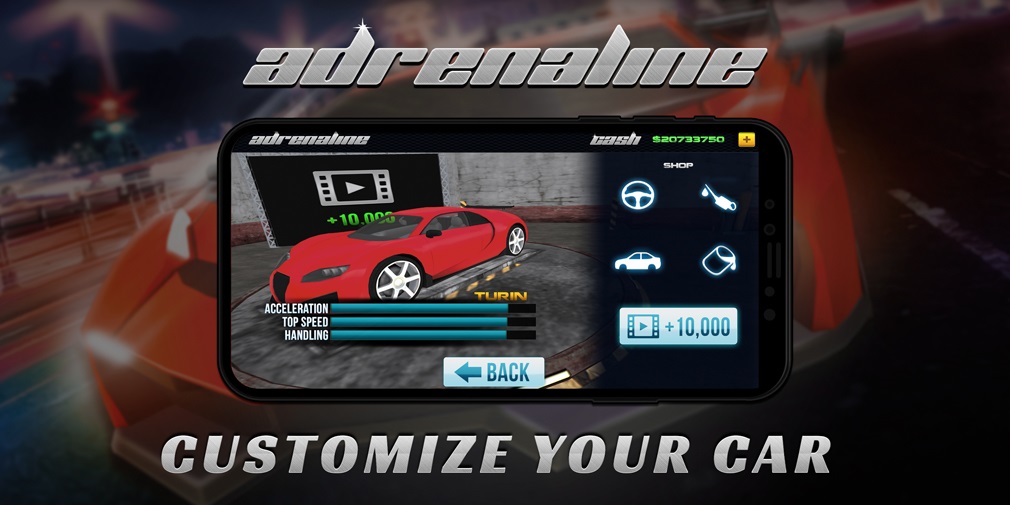 What do you think players will enjoy most about the game?

The speed and excitement of maneuvering through cars and debris while trying to beat the best times makes Adrenaline way too much fun and hard to put down. Plus, the fact that players will be able to play a game that does not have commercials forced on them, interrupting gameplay, makes it that much easier to keep playing.

Android user you can find Adrenaline available to download now from Google Play and the App Store. Be sure to check out Compulsive Entertainment's official Facebook page and website for further updates.

Cursed Castilla, the side-scrolling action game inspired by Ghosts and Goblins, will be available for iOS in October

SpongeBob: Krusty Cook-Off is a food serving game developed by the team behind Food Truck Chef

Adrenaline, the fast-paced arcade racer, is now available on iOS