Speed Demons, developer Radiangames’ high-speed racing spectacular, is set to be one of the most purely enjoyable titles launching on Apple Arcade this week. Out of nowhere, the game has now technically released early due to Apple Arcade becoming available to iOS 13 beta testers.

Much in the vein of the classic Burnout games, Speed Demons revels in car-based chaos – only this time it plays out on a much grander scale. Given the sheer density of traffic on every stretch of road, you could potentially be one slight mistake away from a 10-car pileup at any given point.

Based on the trailer, your primary goal is to maintain a ridiculous level of speed while dodging the police in hot pursuit and causing as much carnage as possible. That said, you can also switch to playing as the police if you so wish, which will hopefully keep things feeling fresh for longer. Speaking of keeping things exciting, Speed Demons also features an unlockable, bomb-dropping helicopter. 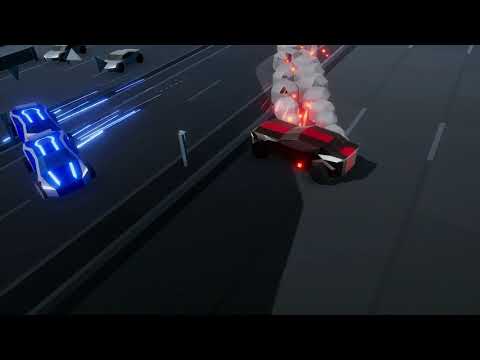 In terms of the more standard vehicles, you can expect everything from lightning-fast race cars to borderline indestructible buses. The crashes and sense of speed just look so damn satisfying, hopefully filling that Burnout-shaped hole in my life.

From what I can tell, Speed Demons was originally intended to launch alongside Apple Arcade this Thursday, September 19th. That plan seems to have been somewhat compromised by the fact that iOS 13 beta testers now have access to most of Apple Arcade’s launch titles. We also know that some developers weren’t made aware that their games would release earlier than expected.

If you're still not sold on Apple's subscription service, perhaps this here list of all the games set to arrive on Apple Arcade in the near future will help you decide whether it's worth your $4.99 a month.