The remastered version of popular JRPG Romancing Saga 3 has now entered the final stages of development. A tweet from series director Akitoshi Kawazu has confirmed that small adjustments are still being made and that we should look for more info come Tokyo Game Show 2019, which is set to run from September 12th to September 15th.

If Google Translate is to be believed, Kawazu states that the team aims to keep the remastered version as close to the original as possible in terms of content, meaning no significant changes, overhauls, or additions. In terms of what changes are being made, we know the remaster will tidy up the visuals, include a New Game Plus mode, and add never-seen-before dungeons to delve into and scenarios to play through. 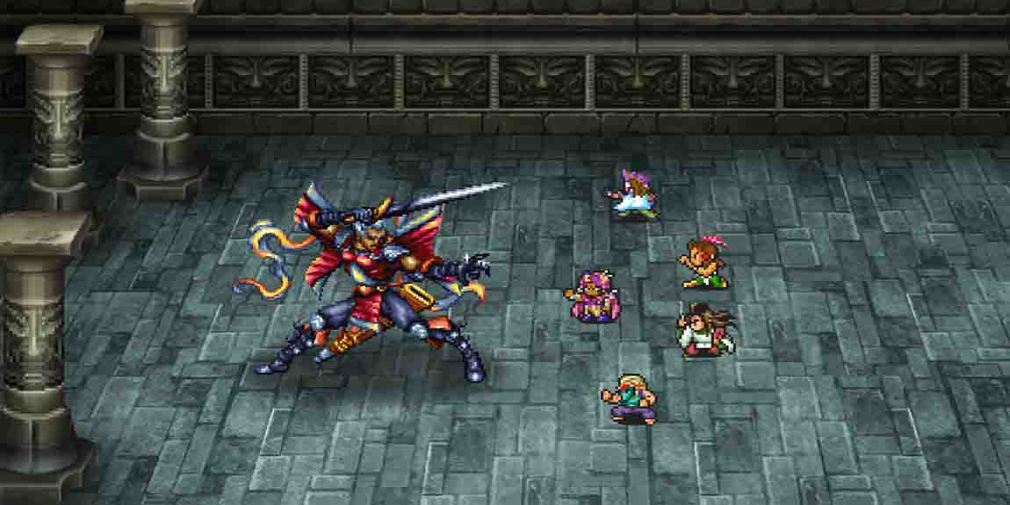 The western release of Romancing Saga 3 was announced earlier this year at E3. The remaster has been in the works for some time, with it originally being announced all the way back in 2017. Since then, publisher Square Enix has been very quiet on the matter, with discussion around the game only resurfacing thanks to the latest trailer.

The remaster of the series’ third entry follows the mobile port of Romancing Saga 2. That one also came to Switch in 2017 and was received fairly well despite making few concessions for new players. The Romancing Saga games are all traditional JRPGs in the vein of something like Secret of Mana or the earlier Final Fantasy entries. You can expect some old-school music and impressive pixel art, as well as plenty of flashy turn-based combat.

In addition to Romancing Saga 3, we’ll also be getting a (presumably) tidied-up version of Saga: Scarlet Grace, a Vita game from back in 2016. Look for them both on iOS and Android perhaps later this year, and be sure to keep an eye on TGS 2019 for a new trailer or maybe even a firm release date.