At this point, there's no reason for us to expect stellar games to come from mobile crossovers published by the Japanese gaming giants. It feels as if whenever there is a title featuring a whole bunch of different Japanese game characters, you can expect it to be a cash grab, not a fully-featured title.

But Teppen is different. Shockingly, Capcom have done the unimaginable, and created a mobile card game that feels unique, interesting, and mostly importantly, fun.

Teppen is a real-time card game where you will break through enemy units, activate action cards for special effects, and destroy the enemy's life. Pretty basic card game fare, but it's the fact that this game plays out in real time that really sets it apart from the rest.

Teppen takes place on three rows to place your units. Units will attack directly in front of them, and attacks will activate over time. If there's no enemy unit in the row, then your unit will attack the enemy's life directly. Pretty simple stuff, honestly.

Units all have different effects, which will change their uses in battle. Rush will speed up their first attack, Flight will give them certain invulnerabilities, and there are several different effects that are activated on death or on summoning.

Then there's action cards, which of course give the usual selection of random effects. Damage to enemies, attack boosts to your units, and many more options along those lines. Activating an action card will give your opponent a chance to do the same, but with an extra bit of energy to get creative with.

Heart of the cards 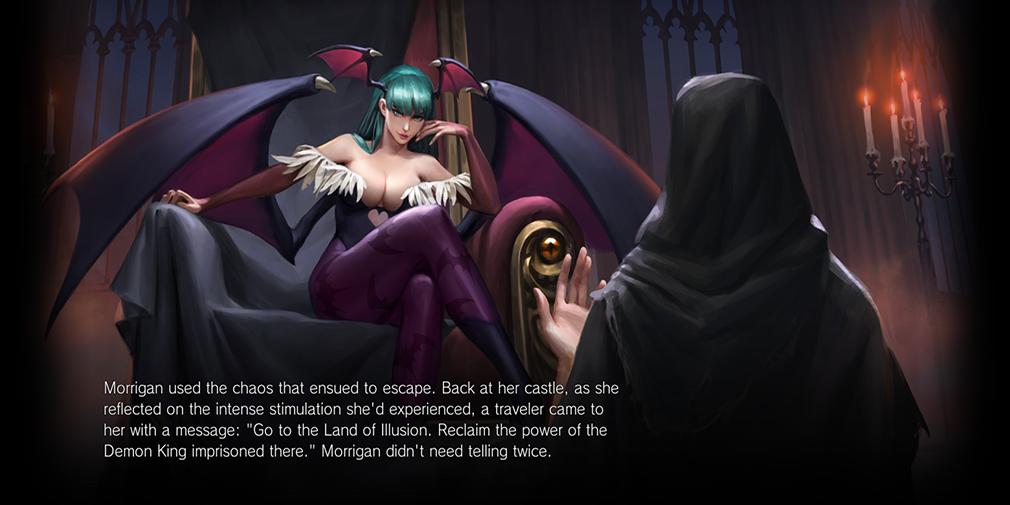 It is a card game. Everything I just described will be incredibly familiar to anyone that has played a digital card game before. You even have an energy meter which charges up over time, allowing you to summon more units and activate action cards.

So there's nothing in Teppen that makes it unique other than the fact the game plays out in real time, honestly. But that's not a complaint. Not at all.

You start off with a versatile deck, and once you've played through the Chronicles mode to unlock all of the other characters and decks, you will have an impressive array of cards to start building your own decks with.

Not only that, but the game is pretty generous about giving you a fair few free card packs when you first play. As of right now at least, it's easy to imagine being able to collect every card in the game.

Once you're done with the single player content, you can fight against other players online, and as with any online card game, destroying real players is where the satisfaction comes from. Slowly dismantling your opponent's units and chipping away at their life is always satisfying.

That's a fully featured mobile card game, and while it's not the best one I've ever played, it offers a pretty darn good opposition to the big boys on the market. Depending on your tastes, it might even drag you away from Hearthstone. 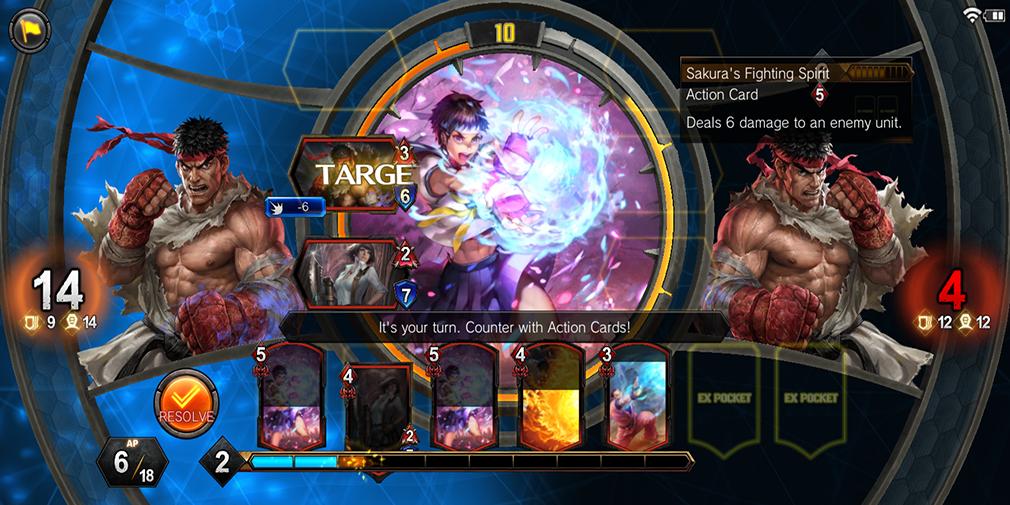 Plus, the cast of Capcom characters is pretty attractive. Ryu, Morrigan, Albert Wesker, Nergigante, and a bunch more are included. The number of series that are featured right now is pretty small considering Capcom's extensive library, but I'm sure we can expect more cards to be added in the future.

I went into Teppen with reservations, and wasn't sure where I was going to land on it while playing. But after giving it several days in the wild, returning it to it regularly, I'm pleasantly surprised.

The grind for new cards is fair, it gives you an ample amount to begin with, and never really pressures you to spend money, unless you want to invest in the completely optional season pass.

It all makes for a really good package, one you don't have to buy into at all to be able to make a unique feeling deck for you to do battle with. Honestly, if you want a brand new card game to play short games on your mobile device, this is an excellent choice.

Teppen is fresh, fun, and pretty generous to start out with. Things might get stingy in updates, but as of right now, this is a great mobile card battler
By Dave Aubrey
| Jul 10, 2019 |
iOS + Android
Find out more about Teppen
SEE COMMENTS

TEPPEN is now available in South and Central America regions