Classic board game BATTLESHIP will torpedo onto Nintendo Switch this July

You sank my BATTLESHIP

Since back when it was a scribbled grid on a piece of paper, to the modern Hasbro version of the game - plastic pegs and all - BATTLESHIP has had an enduring appeal. Now the tactical deduction game is heading for Nintendo Switch, courtesy of British developer and publisher Marmalade Games Studio. Marmalade specialises in creating digital versions of popular board games that maintain the essential elements of their gameplay. The company has already released BATTLESHIP on iOS and Android, so a Switch version seems like the next logical step.

BATTLESHIP for the Nintendo Switch features two modes: Classic Mode and Commanders Mode. Classic Mode is for the traditionalists who want to play the game by its standard rules —just on a mobile gaming device instead. Commanders Mode shakes things up a bit, with the addition of special abilities including mine planting, airstrikes and sonar scanning. As you play, you can unlock an eclectic line-up of commanders, locations and scenarios drawn from history and mythology, whether it be a naval officer in the midst of WWII, or an Amazonian commander caught up in the Attic War. 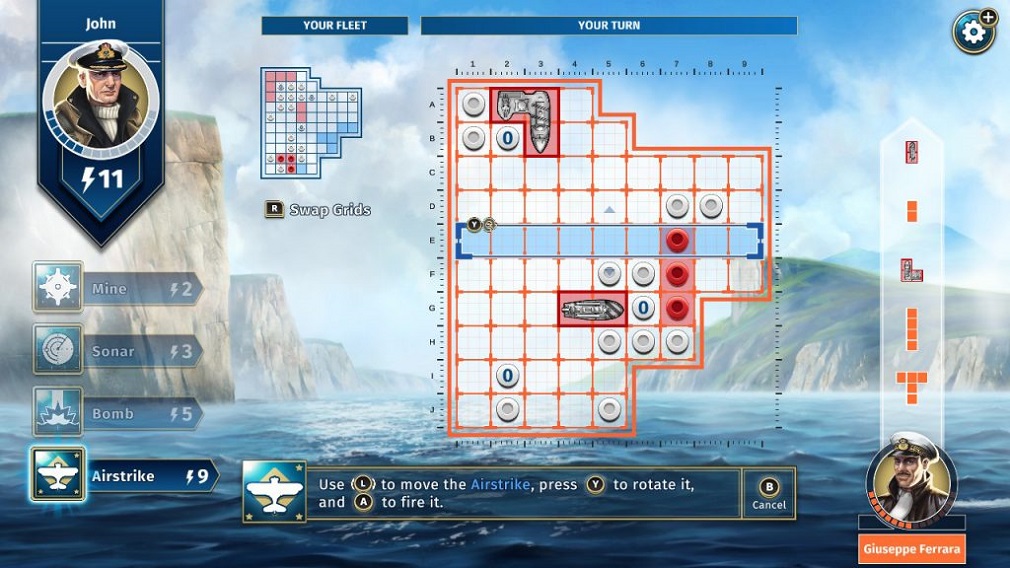 The game features both an online and offline mode, so you can test your tactical skills against players around the world, or go solo against the computer. There’s also a local multiplayer function, available if you download the Battle Grid Companion app.

BATTLESHIP will make its maiden voyage onto Switch 24th July 2019, and is available to pre-order now.

Win a brand new iPad courtesy of SEGA and SEGA Heroes™, out now on iOS and Android