You might never have heard of this entry in the Wonder Boy franchise. It hit coin-op arcades in 1987 and has seen limited ports elsewhere since. But it has an unusual claim to fame as one of the earliest games that fit the modern mould of an action-RPG. Now you can enjoy this little slice of history on your Switch.

Role-playing games aren't a great fit for the coin-op world, so Wonder Boy: Monster Land takes a few liberties with the formula. You start your adventure with a measly sword which requires smart timing to poke at adversaries.

Killing them earns gold which you can spend in shops on better armour, shields and boots. What you're really aching for, sword upgrades, are a harder ask, requiring a boss battle for each blade. They feel well-earned in your hand as a result.

Early enemies are easy enough. But it doesn't take long before the difficulty ramps up. To overcome later foes, particularly bosses, you'll need to study their attack patterns and look for a weakness to exploit. Toward the end of the game, things get tough enough to feel unfair by current standards, a difficulty curve designed to elicit extra coins in the slot.

You can get credits whenever you want, of course, but it doesn't always help. Boss fights start over each time you continue, so either you work out how to win or you're stuck. Another modern addition, a save point, is a bit more useful. The most fun change is the Power Up mode where you can keep all your gear from the previous run. It takes the already addictive accumulation of items up an extra notch.

Since you can complete the whole game in under an hour, though, restarts are not that big a deal. And whichever way you decide to play there's no getting past the need for some old-school combat and platforming skills. Most battles require split-second skill to get your jumps and stabs just right to inflict damage while avoiding it, each a sweaty rush of nostalgic adrenaline. If you're likely to find that frustrating, this isn't the game for you. 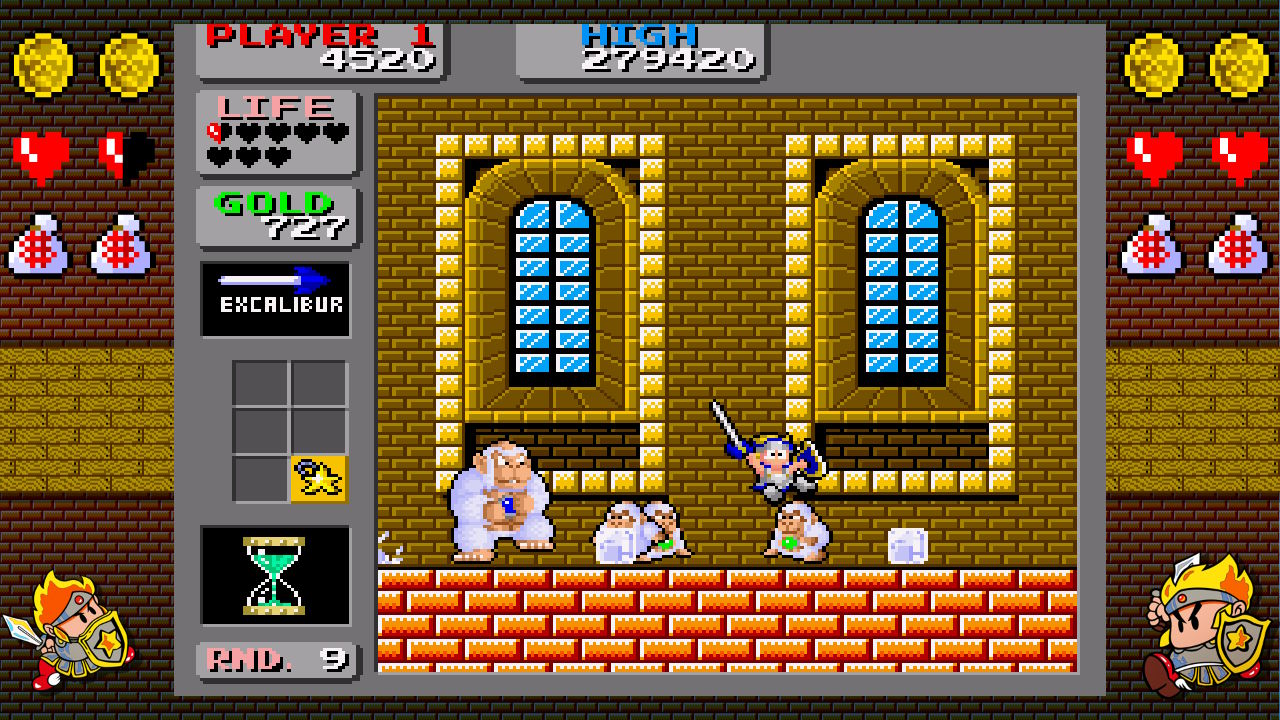 Where Wonder Boy: Monster Land gets more unusual though is in its plethora of secrets and minor puzzles. There are dozens of points throughout the game where you can learn to jump or waggle the controller for extra gold. Even better are the hidden doors scattered around, some with clues and others not, leaving you to hunt blind. Some of these build to an actual plot, simplistic but almost unheard of in arcade games of this era.

Different environments across the game's twelve stages add to this sense of discovery and progression. From the starting town and forest, you'll move through deserts, castles and fields of lava, even walk underwater.

The graphics are decent and varied for a game of this age, as is the music, a guilty jingly-jangly pleasure. It's a translation of the actual arcade original, not one of its inferior ports to home computers of the time. 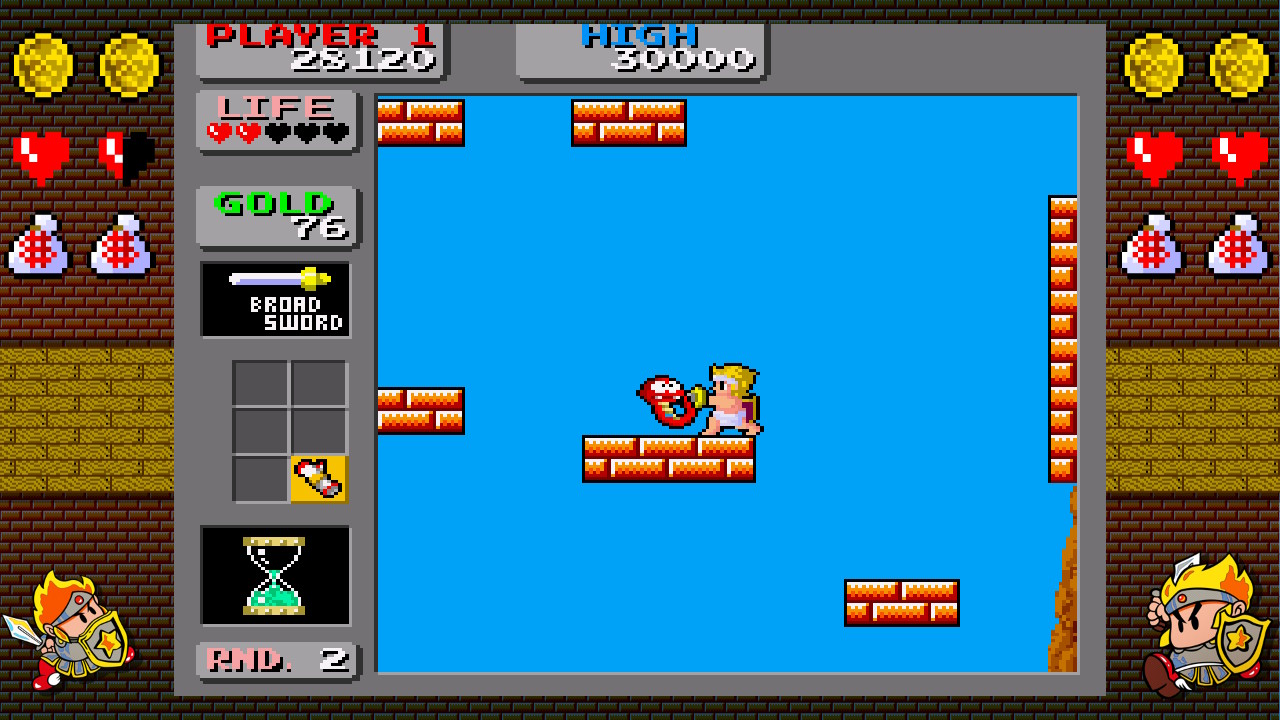 With all the places to explore, puzzles to solve and the lure of trying out different equipment, the game had great replay value in the '80s. It retains some of that allure but doesn't feel quite so compelling now. The simple controls and repetitive need to learn enemy patterns feel a bit dull for modern sensibilities. The new game options help, as do some timed play modes that set you to beat some of the game's toughest challenges as fast as you can.

There's also one serious glitch in this Switch version. On occasion, your Wonder Boy avatar will double-up and the controls will stop responding. It's short, but can be pretty lethal given the game's difficulty. Use of those new-fangled save points takes the edge off the error, though.

Wonder Boy: Monster Land was ahead of its time, but not so far that it doesn't seem dated on your nifty Switch hardware. Still, there's plenty of old-school pleasure here for those curious or sentimental enough to seek it out.

The extra modes and functions are just enough to drag it, kicking and screaming, into the affections of younger gamers. If you ever wanted to learn a slice of gaming history from the olden days, there are few more worthwhile titles from the eighties than this.