Flappy Royale cheats, tips - How to download and play to win

Not everyone can get this chicken dinner

Flappy Bird was the kind of unexpected hit that we still reeling from. Seriously, take a look at the top free games available on Google Play and the AppStore, and you'll quickly find that most of them are short, single mechanic games that will see you repetitively, and absorbingly, go through the same motions, over and over.

And you'll do it again, going for the high score each time. Why? Humans are built to procrastinate and waste their time chasing arbitrary numbers, that's why.

And so it's only natural Flappy Bird would eventually return, but in a brand new iteration. Flappy Royale is a battle royale take on Flappy Bird. Yep, that's pretty much the whole deal.

It's currently available in a beta testing format for both TestFlight on iOS, and Google Play on Android, and you can join in with the battle royale fun right now, with this guide to downloading and playing.

What is Flappy Royale? 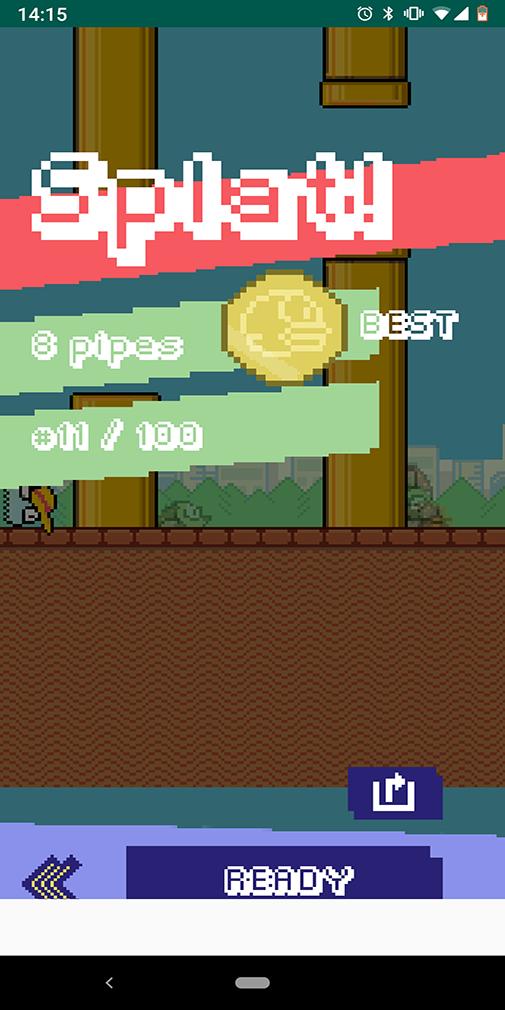 Flappy Royale is one of the most ridiculous game I have ever played. It is Flappy Bird, but you race against the ghosts of up to a hundred other players at the same time.

Win. That's your goal. Your goal is to win the game and carry yourself to victory, beating all of the other players. Only, that's really difficult.

It's mainly difficult, honestly, because of the deluge of Flappy ghosts distracting you from playing. Yikes.

For the most part, this is the original Flappy Bird, with ghosts, and the ability to customise your wee bird. Which is nice.

Unfortunately that means I've basically described everything. Oh, wait, you drop out of a battle bus at the beginning. Like Fortnite, right? Amazing stuff, high-tier comedy.

We've got a few tips on actually playing the game too, so just take a peek at the list below for that…

It's all about the perfect time to tap to jump. Each pipe is quite narrow, and you will have to tap to jump in between the two pipes in order to make it out.

You can only do this without failing in a very narrow window, when the bird has almost touched the bottom pipe.

Getting this timing will be your main challenge in the game.

You can pick a skin for your flappy wee friend, in addition to giving him a hat. A hat!

Here's the thing. The extra bulk might confuse your eyesight when it comes to hitboxes, so maybe using the standard skin would be best.

But there's a straw hat. So, y'know… Necessary.

Oh, in addition to the main mode, there's also daily trials you can take part in.

Trials are honestly nothing too special, but you get to try them ten times a day. This is essentially the only single-player content available right now, but it's great practice for the royale.

Every little bit of practice helps, and with no ghosts distracting you, you can practice your jumps.