The kart racing genre has seen a resurgence as of late. After being brought back with gorgeous “fur-k” visuals in Crash Bandicoot N. Sane Trilogy, the marsupial now has been given an overhaul in the racing department. 20 years after the original, Beenox has launched Crash Team Racing Nitro-fueled combining elements from all three previous iterations for a greatest hits collection, that gives Crash a true shot at the Mario Kart mantle.

Nostalgia can be used in both a positive and negative manner but here it’s just pure delight. The colour scheme is bright, vibrant and a joy to behold. Characters, race tracks and cutscenes are gorgeous, filling the six-year-old me with glee. Of course, the game looking good is important but more than that, it genuinely feels like the Crash of old adapted into 2019.

Apart from the lack of alternatives, controls feel tight and reward the most high-level of plays. Power sliding is crucial to winning. If you’re not pulling off boosts 90 per cent of the time, you’re simply not taking advantage and will suffer as a result. The core game modes consist of Adventure, Local Arcade, Online and Pit Stop. When beginning Adventure Mode, players are given the choice between Nitro Fueled or Classic. The former takes into account all of the new cosmetic options, the choice to change out characters and a difficulty setting. For those looking for a more authentic experience to what the original delivered on, Classic Mode is the go-to with users given the choice of one character throughout, while the punishing nature of competitors is ramped up during progression.

While Adventure Mode itself holds up stupendously well, thanks to the chaotically fun item bonanza blitz alongside the adrenaline filled turbo boosts around every corner, the difficulty setting is strangely skewered. Simply put: Easy is medium. Medium is hard. And hard is Lewis Hamilton. This isn’t necessarily a bad thing, it’s more an unexpected and a slightly misleading one.

Something that has preserved perfectly are the side-missions. Relic Races, CTR Tokens and Crystal Challenges have aged like a fine wine – arguably more satisfying the standard racing.

Local Arcade is the complimentary multiplayer that includes 31 tracks and the possibility to unlock 26 characters from the series. Next to this there is a generous online mode that looks to capitalise off the battle pass formula - minus the microtransactions. All solid stuff.

On top of this, there is a wonderful abundance of customisation on show. Crash and co. earn coins buy competing, which can then be spent to unlock new characters or customise already accessible karts or racers. You won’t find any loot boxes or prompts for real money usage either, with Activision laying out a sizable road map for the coming months in the form of free DLC. 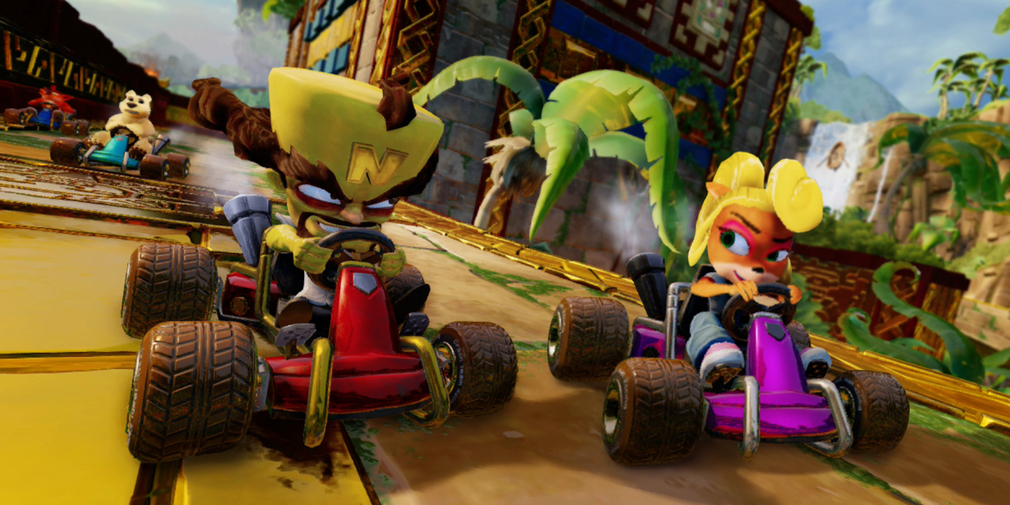 Ok, let’s not beat around the bush with the most glaring culprit from this development. The loading is atrocious – actually glacial. We’re not kidding when we say you can be waiting up to 40 seconds every time you jump in and out of a race, which is constant.

To some it may not seem a lot but it can be big enough of a deterrent for budding buyers to consider other platforms. Handheld suffers the same, though - in the least because of the cartoon art-style - it glistens on the move.

Still for Switch owners, this shouldn’t put you off experiencing one of the best racers around. It’s also very surreal still seeing Crash Bandicoot on a Nintendo system - not to mention standing wheel-to-wheel with Mario Kart 8 Deluxe - but it’s one that does not do a half a bad job of it.