Puyo Puyo hasn't really made a splash in the West, bar the much-beloved Puyo Puyo Tetris which launched with the Switch back in 2017.

Puyo Puyo Champions finally brings a more traditional take on the series to Nintendo's console, with a heavy focus on quick multiplayer battles both online and off.

It's certainly a stripped-back affair, lacking a fleshed-out solo mode and even a tutorial for newcomers, but it has a strong core game and a budget price which make the entire package a little more enticing.

Puyo Puyo Champions shares some DNA with Tetris, but it's not quit the same as the Russian classic. Colourful blobs drop from the top of the screen, and you need to position them correctly on the game board to score points. 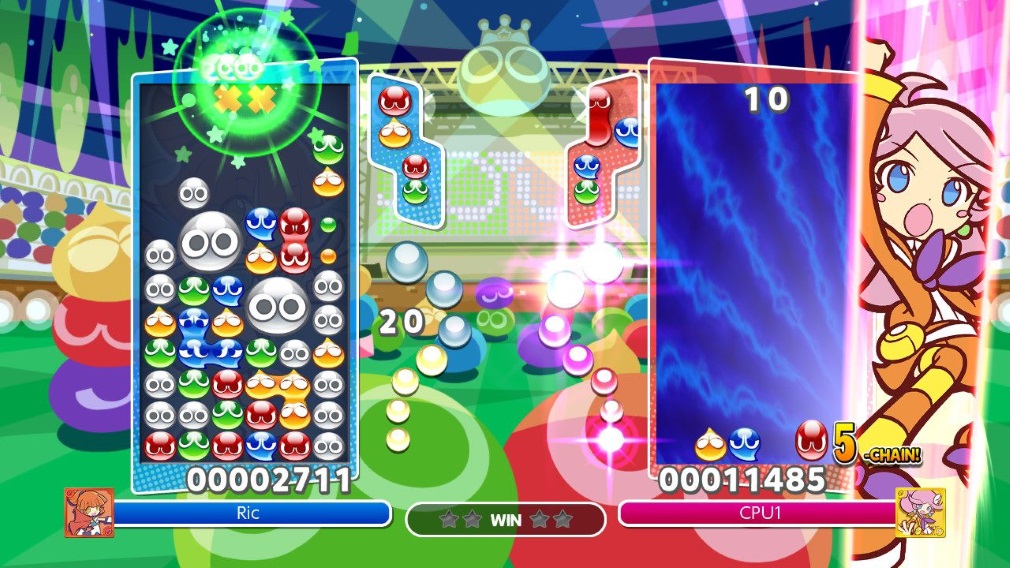 Your blobs drop in twos, and can be rotated as they drop. Your goal is to match at least four coloured blobs together to make them vanish and send over some "garbage" blobs to your enemy.

But these blobs have some unique elements. First off, the blobs can split apart in some circumstances, allowing you to line up some interesting groupings not possible in block-based puzzlers.

And the other thing is that you earn more bonuses for lining up chains, rather than the speed of your clearances. It's less about keeping your grid clear, and more about creating a madcap landscape of Puyos that will fall onto each other when a single group is cleared.

The problem is that you aren't told any of this. Puyo Puyo Champions is so bereft of single-player content that it also completely forgets to include a tutorial, and you just need to work it out as you go.

Which is all well and good, but the AI you face in solo play is nails hard from the very beginning. You'll learn more about how to play the game simply by watching how effectively the opponent annihilates you in a round than you will just by playing the game, which can be pretty frustrating early on.

And even if you do "git gud", there's not a whole lot to do with your skills. Solo mode is restricted to single battles or an "endurance" test of continual matches, and then there's multiplayer. That's your lot.

Sure, you can go online and batter people across the world - or get battered if you're a newbie. And you can grab some friends and play with four people on a single Switch in one wild, simultaneous four-way battle.

You can tweak the nuts and bolts of these matches within an inch of their lives too. Don't link the garbage drop rates? Mess with them. Need to give some folks a handicap? That's there too! 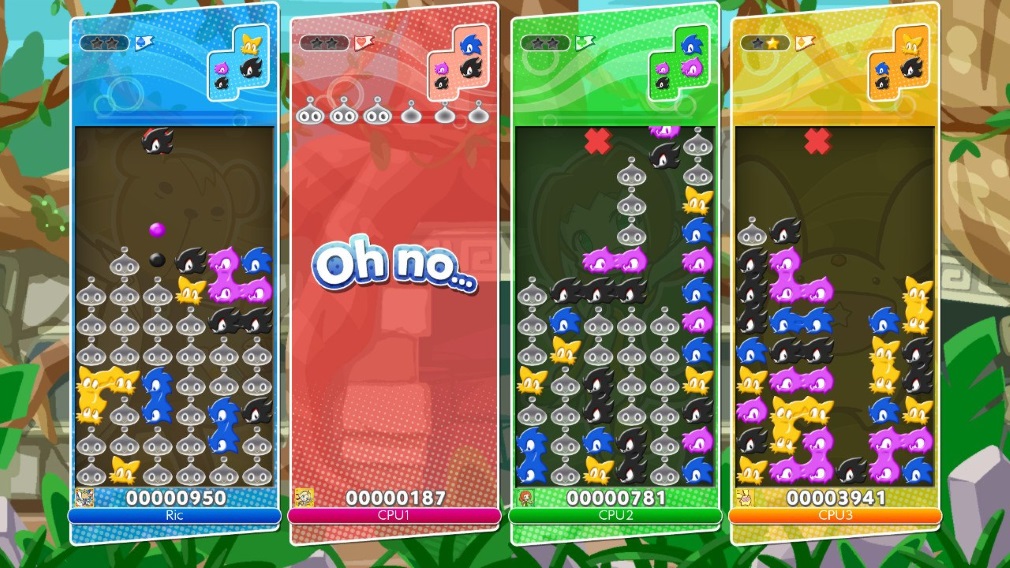 You can also choose from a wide variety of backgrounds and Puyo sprites, including a Sonic set which adds an explosion of rings when you clear a group.

And it is worth saying that this is a cheap, cheap game. While cost shouldn't always be a factor, the fact you can pick up a lovely Puyo Puyo game for just £8/$10 is pretty spectacular.

Yes, Puyo Puyo Champions is a bit lacking in content. If you're looking for a deep, fulfilling experience, you won't find it here.

If you're happy with some short, rapid-fire matches and chaotic multiplayer, however, you're in for a treat.

It looks lovely, it plays really well, and there's nothing quite like landing a five-hit combo on your mate. Just don't expect to be playing this for hours at a time, and you'll be sorted.