Toejam & Earl are two funk-loving aliens who enjoy wandering fragmented parts of Earth collecting presents. You may have heard of them - they made their name on the Mega Drive absolutely yonks ago.

Following a successful Kickstarter campaign a few years back, the duo has finally returned to their roots in a new game for modern consoles, called Toejam & Earl: Back in the Groove.

But maybe they should have just stayed in the past. Back in the Groove is a ploddy, confusing affair which may have been interesting back in the day, but is just plain boring in the modern age.

Back in the Groove sees titular heroes Toejam & Earl returning to Earth, only to accidentally blow it up with a black hole. The pair then set off to fix the ship and the planet by collecting all the ship pieces.

You wander around the levels, picking up presents, avoiding bad humans, talking to good humans, playing mini-games. Eventually you find a ship piece, take an elevator up to the next level, and keep going. 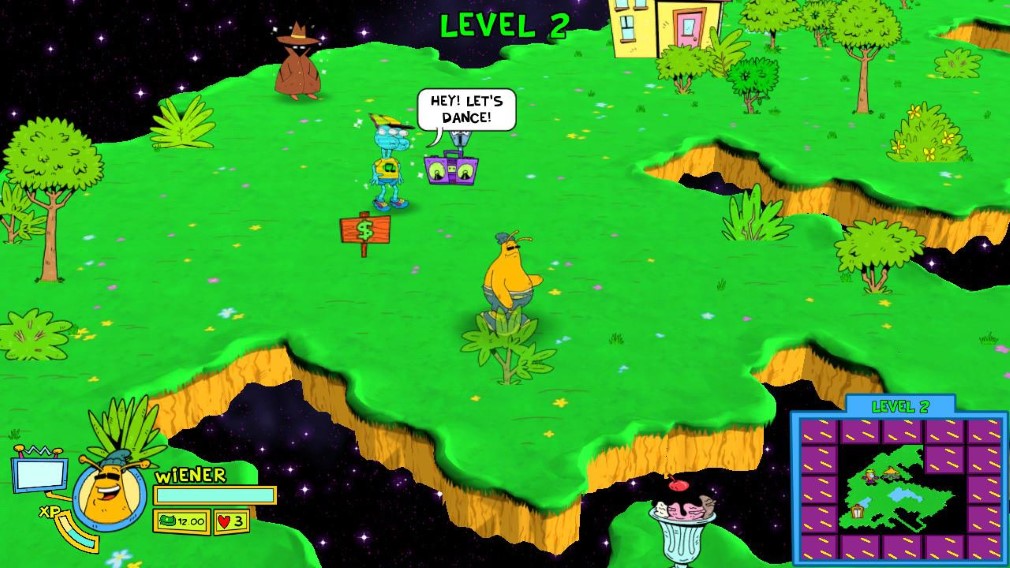 It's boring. It's so incredibly boring. No matter which character you choose, your movement speed is appallingly slow, and it feels like you're walking through treacle.

There's so much to do, but none of it is explained, even in the game's tutorial world. You just have to experiment and try things out, talk to folks, and all that.

But this is a roguelike, so experimentation could lead to failure, or ruining everything you've done in a run. So, do you do it? Or do you just keep walking?

The levels are randomly generated, but they're all the same boring collection of broken-up pieces of earth. Similar collections of items and characters in various places. Seen one, seen 'em all.

I'll be honest, I've never played a Toejam & Earl game before. This could be exactly what the fans wanted from a game. If you are one of those fans, hey! This might be exactly what you want!

But to me, Toejam & Earl: Back in the Groove is just a boring trudge from one wacky character to the next. It's nothing new - it's not trying to be, of course - and it's nothing interesting.

It's not funny. It tries to be, but it fails. It pokes fun at itself, but these jokes just highlight that you're not actually having fun. 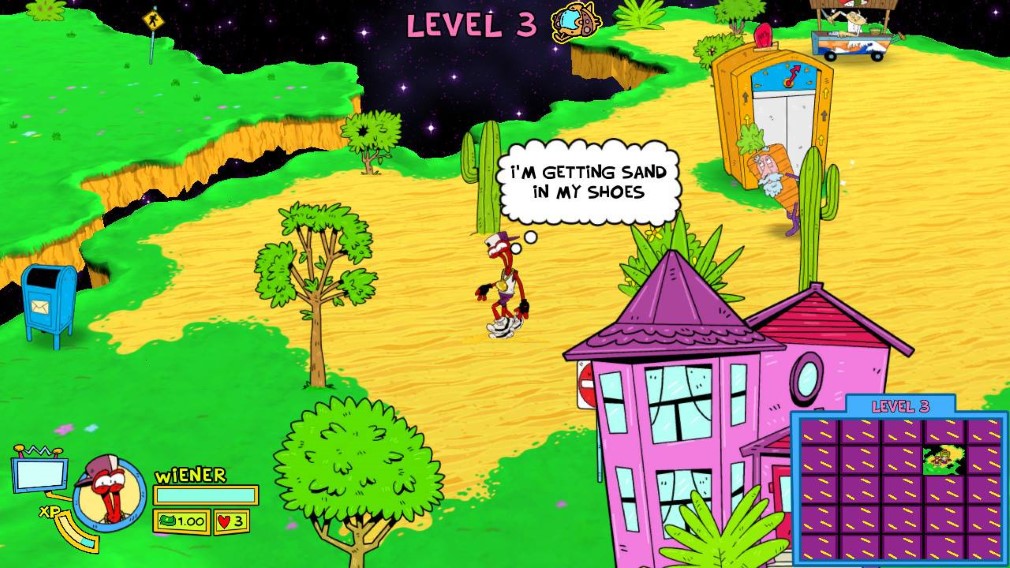 I can't even find the enthusiasm to really write this review, because I simply did not enjoy a single second I played of Toejam & Earl: Back in the Groove.

And I hate to have nothing nice to say about a game, because a team of people worked hard on this and it's their livelihoods. But I cannot recommend that anyone buys Back in the Groove, unless you're a huge fan and you're desperate to play with Toejam & Earl again.

Toejam & Earl: Back in the Groove

ToeJam & Earl: Back in the Groove is coming to Nintendo Switch . . . for real this time

ToeJam & Earl: Back in the Groove is delayed no longer

ToeJam & Earl: Back in the Groove is coming to the Nintendo Switch