Downwell has certainly had an impact on the mobile gaming world, and the latest game that owes at least some of its existence to the fantastic vertical roguelike is Boost Buddies. It's a twitchy, action-heavy experience that's only too happy to kill you, and while it doesn't have the depth - literal or metaphorical - of Downwell, it is an awful lot of fun.

The controls are simple - tap on the screen - the design is pretty slick, and there are some really interesting ideas contained in the game's screen-sized levels. It's not going to be to everyone's taste, but if you're looking for something that's going to bite down on your fingers hard, this is definitely worth considering.

Well down for this

You start each level at the bottom of the screen, and there's a crown up at the top. You need to grab that crown to finish the level and move on to the next. The only control you have involves tapping the screen to boost yourself upwards. Combine multiple taps and you'll essentially fly. Think vertical Flappy Bird.

The challenge comes from the obstacles the game puts between you and the crown. They're all deadly, they're all difficult, and they're always changing. There are spikes, lasers, more spikes, moving platforms, tiny creatures, huge creatures, circular saws, then some more spikes.

Every crown you capture is one point. Getting into double figures on a single run in the first hour of play is something of a miracle. But every time you fail, you learn - there are patterns here, and the first time you see them they're going to kill you. It's what happens with the second and third tries that matter. 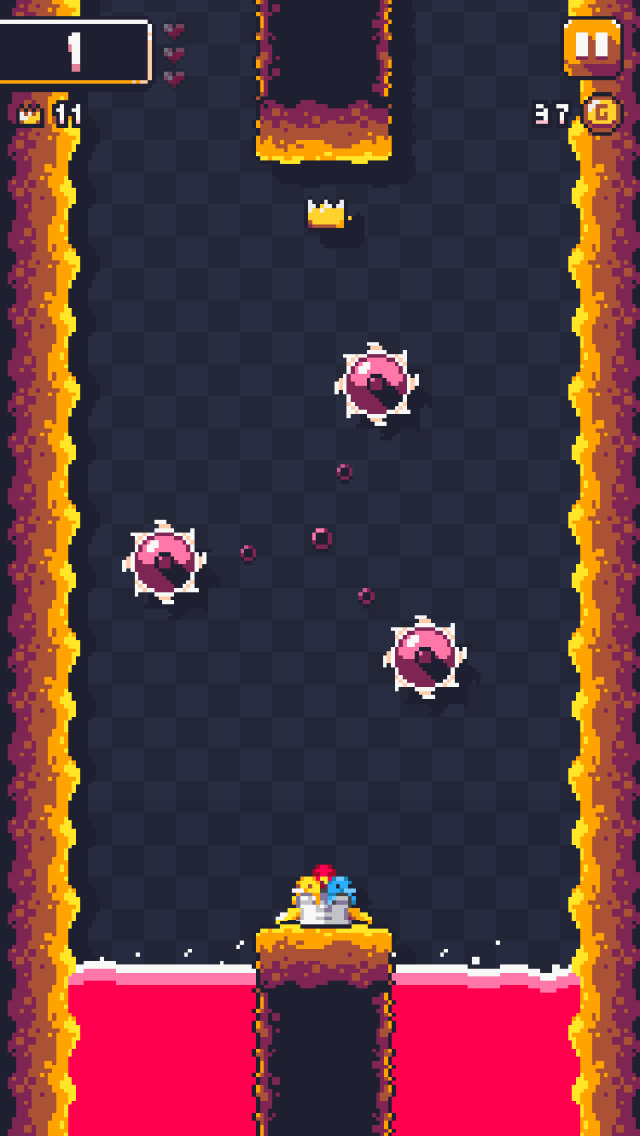 The truth is you'll probably die on those as well, but every mistake pushes you closer to the correct solution. You're building up a repertoire of muscle memories, with every completed challenge another piece of data that slots into your understanding of the game.

You're also unlocking new characters as you push through, but it's the knowledge that's the real reward. Not just because it'll get you further into the game, but because it's going to open up the next challenge, the next set of spikes, the next brilliant idea.

Boost Buddies is a tricksy, laser-sharp experience that fizzes along, singing the hairs on the back of your neck. But it's also incredibly smart, and balanced in little ways that you're not even going to notice.

It's the simplicity of the game that's really the icing on the cake. You can play this with one hand, but that hand is going to be gripping fiercely around your phone, we can guarantee that. Once Boost Buddies tangles itself into the fibrous membrane of your sentience, it steadfastly refuses to let you go.

Some people will hate the razor edges, lacking the defiant streak required, but others will revel in the dirt and the pain of this tiny sadist. This is a flourishing, brutal explosion of little agonies, and you'll curse and commend it in alternate breaths.