Why we can't assign a review score to it

There's something about playing Riot: Civil Unrest that makes me deeply uncomfortable.

It's not the controls - though the lack of tutorial and general cumbersome nature of moving units in this real-time strategy-style game certainly doesn't help matters.

Instead, it's something more to do with the fact that all the events you're playing in the game really happened. These are real people, who really did get beaten and shot at for doing something they believed in.

You can mask that behind as much pixel art as you like, but there's no avoiding the fact that those dots on the screen are stand-ins for actual civilians and policemen. The screams you hear may have been recorded for the game, but they aren't entirely fake. 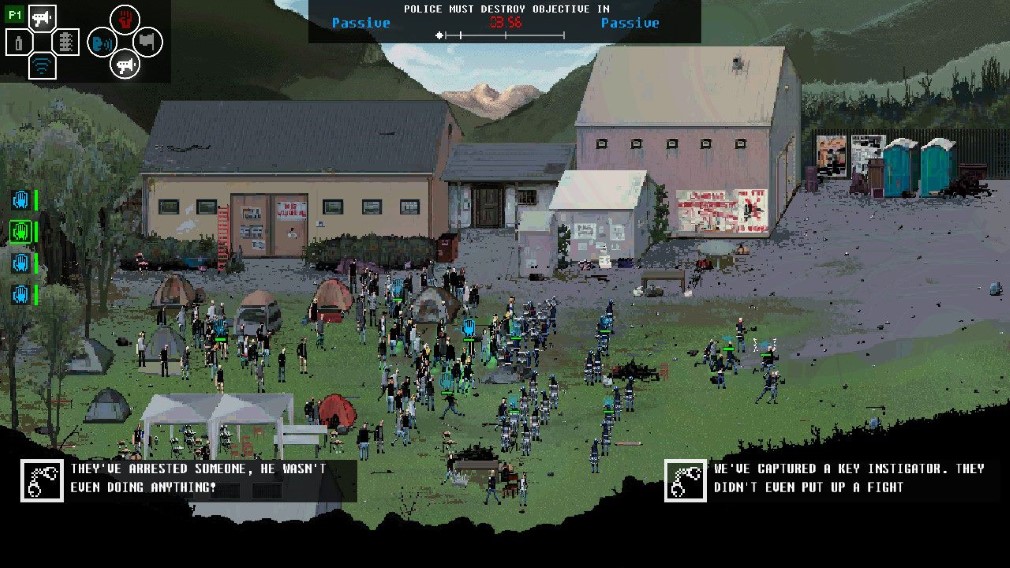 Let's back up a bit. Riot: Civil Unrest lets you play out various scenarios from real-world acts of protest around the world, including events in Italy and during the Arab Spring rebellion not so long ago.

You can take control of the police and use brutality or sheer overwhelming numbers to force protesters out of certain areas and destroy their equipment, or you can play as the protesters who have similar objectives but are worse equipped for the task.

Both routes do allow for a peaceful path - protesters in particular are given plenty of options for simply blocking key points and creating human shields, and so long as the police AI doesn't start getting violent, it's usually pretty effective.

But playing as the police, it's so easy to simply abandon all humanity and start firing smoke grenades and rubber bullets into crowds to make them disperse. You'll go in with good intentions, but you'll succumb to the evils of power before you realise it.

And that's what makes me uncomfortable. I'm a little disgusted with myself for how quickly I resorted to violence when playing as the police. I wanted to find a peaceful way to deal with the situation, but the quickest course was to simply obliterate people until they ran away.

As the protesters, I was more than happy to camp out in certain spots, sitting everyone down to blockade the advancing police forces, and praying they wouldn't start charging into my people.

Riot: Civil Unrest doesn't always let you do that, though. Sometimes the rioters have to, well, riot. And again, I felt uncomfortable. I was trying to lead a peaceful protest for what I believed in, but the game forced me to start destroying property to complete the level.

I appreciate that in reality, sometimes drastic measures need to be taken. But in the confines of this digital landscape, it was a sudden upset to how I was approaching each parcel of action. 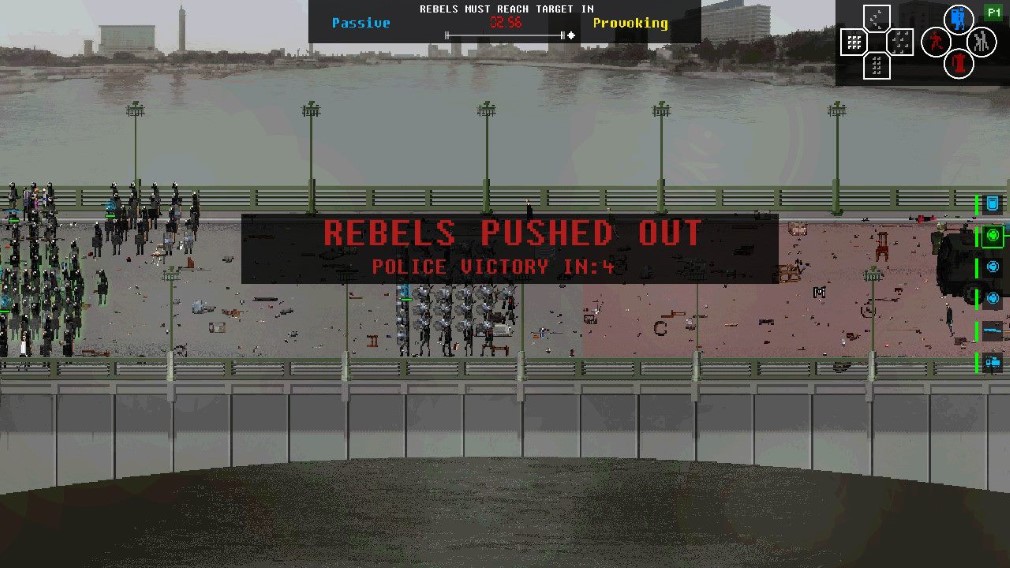 So, I guess Riot: Civil Unrest's biggest crime is that it all feels a bit too real. In some ways, it's kind of boring - being a peaceful protester largely just consists of running down the clock, making sure you don't get shoved to the kerb by police forces.

That's not exciting gameplay in anyone's book. But in many ways, this doesn't even feel like a game. It's too close to reality.

That's why I'm hesitant to review it as a game and assign it a score - it's too complex a matter to simply slap a number onto and call it a day.

So, I'll say this - Riot: Civil Unrest is a unique and interesting experience. To play it off as nothing more than a digital fancy is to have completely ignored everything that went into making it, and all the events that inspired it.

You could probably play this is a brutal police force and have a whale of a time, so long as you forget that those digital bodies you're bruising are based on real people. I couldn't really enjoy it because of that, but I certainly won't forget the time I spent with it.