At the very beginning of Gris, everything has gone spectacularly wrong. So wrong, in fact, that when you push what you assume would be the jump button, your character simply crumples into a heap on the floor.

It's a small detail, but it lets you know right off the bat what you're in for. This is an emotional journey, flitting between epically beautiful and crushingly dark when you least expect it to great effect.

The focus on the emotional impact does at times get in the way of the game itself, but thanks to the simplicity of its action and its relatively short run-time, you can easily look past its flaws and allow yourself to fall in love with the good stuff.

Gris is a remarkably easy game to pick up. You can run and jump, with a double-jump added remarkably far into the story.

Your dress also unlocks skills as you progress, including the ability to turn into a heavy cube to smash through objects, and transforming into a manta ray for swimming underwater. 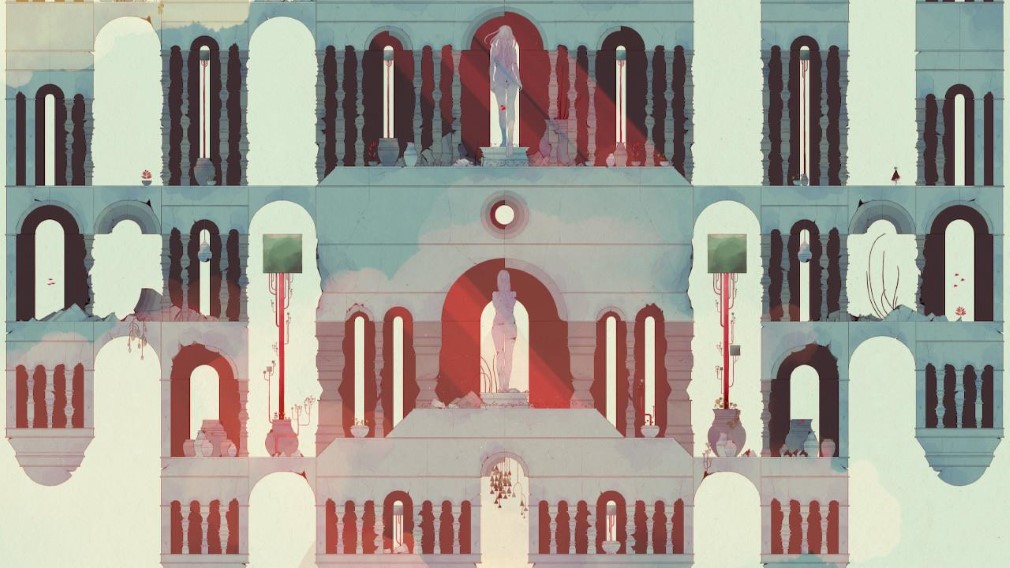 It never gets more complex than that. Every puzzle can be solved with a combination of just four or five abilities, along with some well-timed jumping and logical thinking when new elements are suddenly thrown at you.

The simplicity of the controls means that you can spend more time focusing on the parts of Gris that really matter - the absolutely beautiful world that you're in.

Every single shot looks like a watercolour painting. The environments are enormous, with each chapter offering up a completely different style that still feels like it's part of the same world.

There are set-pieces throughout that would be a crime to spoil. There are puzzles that will stump you for what feels like forever until it all clicks into place and you kick yourself for missing what is now so obvious to you.

It's almost impossible to review Gris in word form. Or at all. It's the kind of game that, ultimately, you need to experience in your own way. Everyone who plays it is going to take something else away from it, and it would be a shame to colour your opinion before you've had a chance to see it in motion yourself. 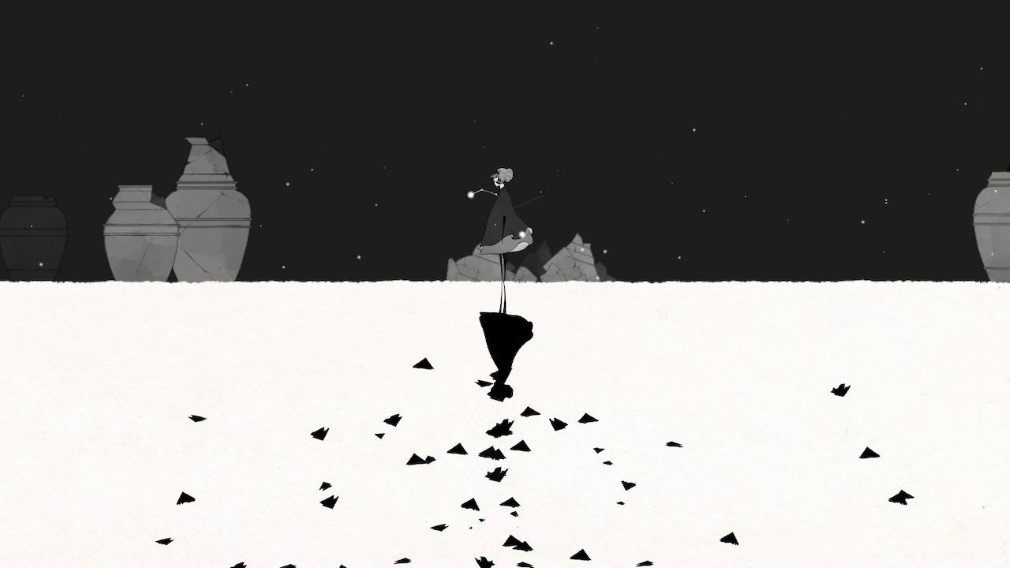 That's not to say it's perfect. The camera likes to pull as far as possible out from the environment to show off the level you're currently exploring, making it nigh-on impossible to actually see what you're doing.

Couple this with some pixel-perfect jumps which you know you should be hitting but somehow can't manage and you get an often-frustrating experience which will make you wish the developers had focused more on the player's fun instead of showing off how good their game looks.

But you can sort of give Gris a free pass on some of these issues. It is beautiful in every sense of the word, and if you're not moved in some way by the time you see the credits roll, you're frankly not human.

You'll screenshot every single world you enter almost without thinking. You'll hold your breath at tense moments, even though there's basically no fail state to speak of. It will hold you in the palm of its hand for its five short hours of playtime before setting you free, unsure what you're feeling anymore.

You're not going to forget Gris in a hurry. Forgive its sins and let it wrap you up in its warmth and beauty, and you'll walk away very pleased indeed.

Want more? Check out our growing collection of GRIS articles!

Gris has some moments of platforming frustration, but its absolutely gorgeous world will soothe your nerves long enough to see it through
By Ric Cowley
| Dec 17, 2018 |
Switch
Find out more about GRIS

RollerCoaster Tycoon Adventures Switch review - "Has its ups and downs"