Persona 4: Dancing all Night was a total oddity when it launched. Taking the hardcore JRPG and turning it into a dancing game is the kind of idea that would get most people sacked, but Atlus ran with the idea far as it could go.

It's the kind of thing you expect once in a blue moon, but now there's two new editions on the block - Persona 3: Dancing in Moonlight and Persona 5: Dancing in Starlight.

Both editions are identical - helpfully making the work of reviewing them much easier - and both take the formula of P4D to new heights by simply stripping back everything that made the original game a bit of a drag.

Somebody hit the lights

The Persona Dancing games all follow pretty typical rhythm game mechanics - hit the right button as a symbol passes over the corresponding icon on the screen. 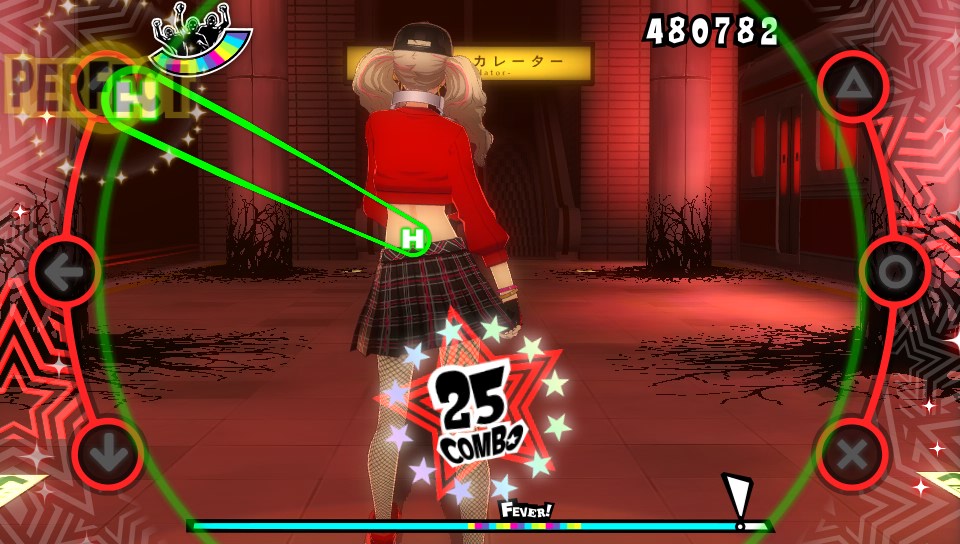 Here, you have six buttons to keep an eye on - three on each side of your Vita - some of which will require long presses, pressing in unison with other buttons, or rapid double-taps to catch fast notes.

There are also scratches - giant circles which can be collected with a swift flick of a control stick - which you can choose to ignore if you're feeling overwhelmed from the action on-screen without suffering a penalty.

Catch three of the Fever scratches and you'll unlock special dance sequences at certain points in the song, where two characters will flop around on screen for your amusement.

So far, so normal. It's the same formula as Persona 4 Dancing for both games, which is no bad thing - the gameplay on offer is intense, fun, and a great way to accidentally kill several hours of your life.

Persona 3/5 Dancing strips away a lot of the guff, however. Gone is the ridiculously long visual-novel Story Mode, with you instead unlocking short conversations with your party members after completing specific objectives in the dancing stages.

There's also no shop to deal with anymore. Outfits are unlocked simply by playing the game and unlocking conversations, the requirements for which are simple enough to find.

While that may sound like a bad thing, it actually helps both games shine much brighter than their predecessor. You're no longer bogged down in dialogue and grinding for cash, and are instead free to just enjoy the music and dancing as much as you like. 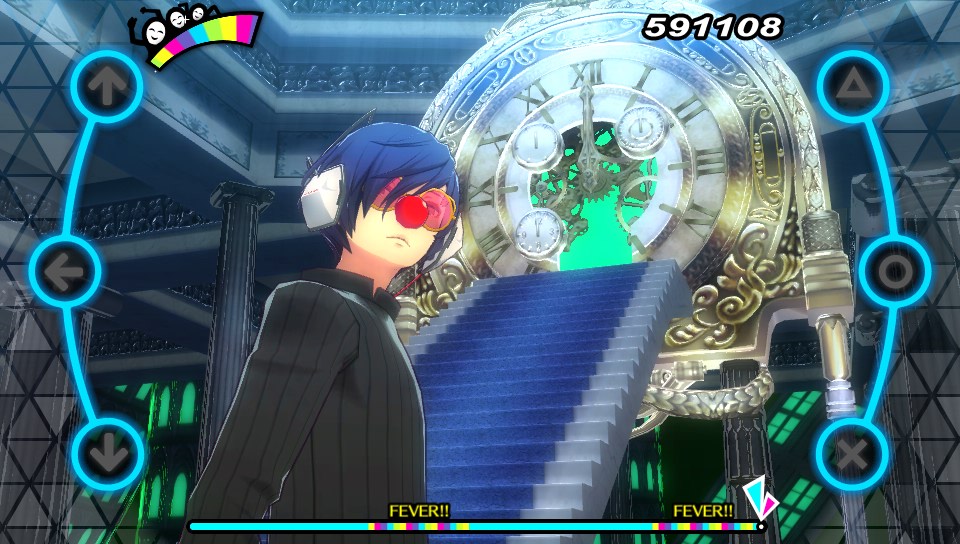 The soundtracks for both games are, thankfully, absolutely brilliant. Both contain original tracks and remixed versions of songs from their respective games, and each and every one is an outright banger.

You also get to see some special routines as you progress through the game - certain songs will give you a unique dance sequence featuring multiple characters which are a real joy to watch, and make sure you don't miss the old Story Mode too much.

Get into the groove

Look, if you liked Persona 4 Dancing, you'll love Persona 3/5 Dancing. The new games remove everything that held the first title back and let you get to the heart of the matter - banging tunes and fun rhythm action.

It feels a lot less grindy and a lot faster-paced, all while retaining the ridiculous premise, lovely dance sequences, and smashing soundtrack.

Yes, it's bloody weird, and yes, you're getting a little less bang for your buck, but honestly, stripping back the original game so much has made for a much better experience. Now get out there and dance.

Persona 3/5 Dancing take the best parts of Persona 4 Dancing, rip out the boring bits, and make the experience sing
By Ric Cowley
| Dec 12, 2018 |
PS Vita
Find out more about Persona 3: Dancing in Moonlight/Persona 5: Dancing in Starlight