Hands on! Dragons: Titan Uprising is a puzzler from the makers of Jurassic World Alive

Ludia, the makers of Jurassic World Alive as well as 2014's Dragons: Rise of Berk game, has just announced its next title. The Canadian developer, famous for working with blockbuster licences, today unveiled DreamWorks Dragons: Titan Uprising, which will release early next year to coincide with the third in the animated movie series.

It will task you with collecting and levelling-up dragons, and then assembling a team of five to battle villains. Combat takes the form of a match-three puzzle, where gems you collect power-up your dragon's special attacks. The RPG-puzzle format will be familiar from other games of this type but the faithful How To Train Your Dragon characters and aesthetic should appeal to fans of the DreamWorks animation. 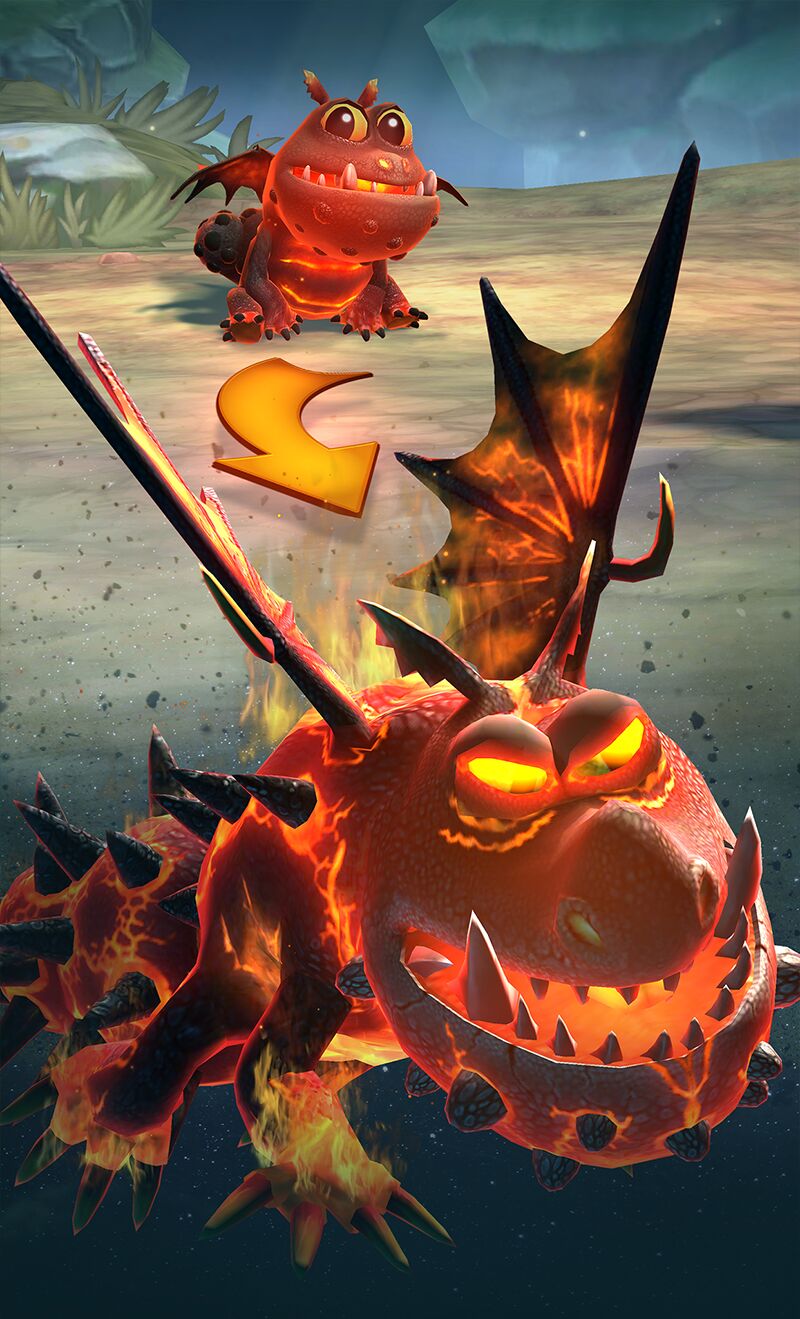 Uniquely for this franchise, you'll be able to cross-breed dragons to create beasts with fresh abilities.

"Players can become the ultimate puzzle champion as they reunite with Toothless and Hiccup in their fight to save Berk from nefarious Dragonroot Company," says the official statement. "Alongside other fearless trainers, fans can make their way through a variety of regions beyond the island of Berk, swiping and matching their way to victory."

We got a sneak peek inside Ludia's Montréal office just as they prepared to release the news. We even sat with Kevin Messer, Lead Game Designer for Dragons: Titan Uprising, and played through several levels of the game. The match-three formula is well implemented, but what really stands out is the authentic How To Train Your Dragon aesthetics. 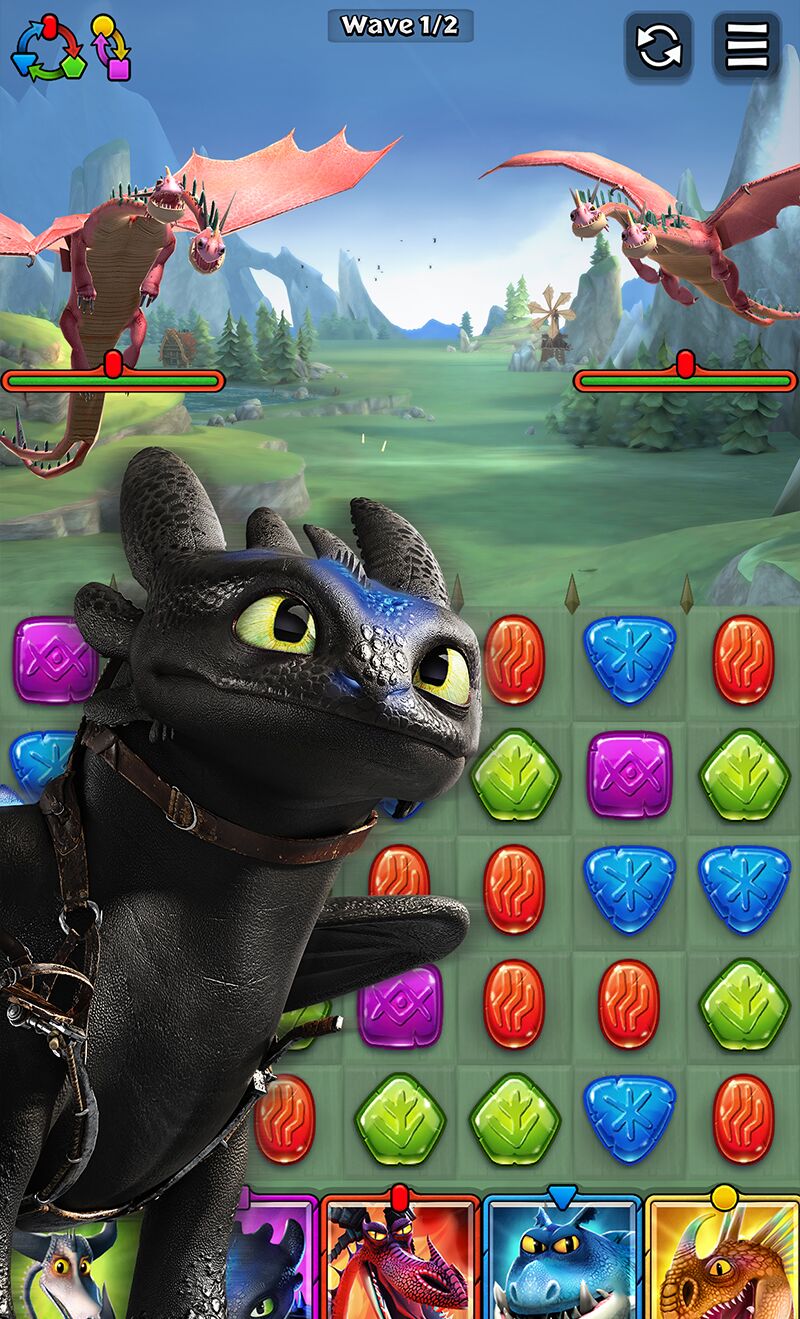 The Titans of the title refers to the fully powered-up adult versions of the dragons. You can even have Toothless in your deck, with his Titan form being the souped-up Night Fury version, with extra fins, revealed in the second film. You will be able to have him as a baby as well. "We're breaking the timeline a little bit," says Messer, "And you could be getting multiple copies of the same dragon. But Universal and DreamWorks have been really good about understanding that it's a game, and fans want certain things."

Kevin Messer again: "We're really happy with the way it's come together. It's about finding the things that the fans really want. We had Rise Of Berk already and we knew it always comes back to the dragons; people want the best dragons!"

Got to cross-breed them all

Coins and fish are your resources. Coins upgrade your buildings. It's focused and not intended to be a huge building simulation, but there are places in Berk to upgrade. Your hatchery, for instance, is "where you hatch eggs to get new dragons".

"It's a nice mix [of dragons]," explains Messer as we play through some early levels. "We've got dragons from the new film. But it's the first time we've been able to cross-breed them. We've been able to take dragons which are fan favourites and work really closely with Universal and DreamWorks and say, 'What happens if you mix a Deadly Nadder with a Stormcutter? What does that look like?' And THIS is what it looks like [laughs]! This obviously widens the possibilities in terms of the number of species we're able to introduce. The majority of these you'll never see in any other games." 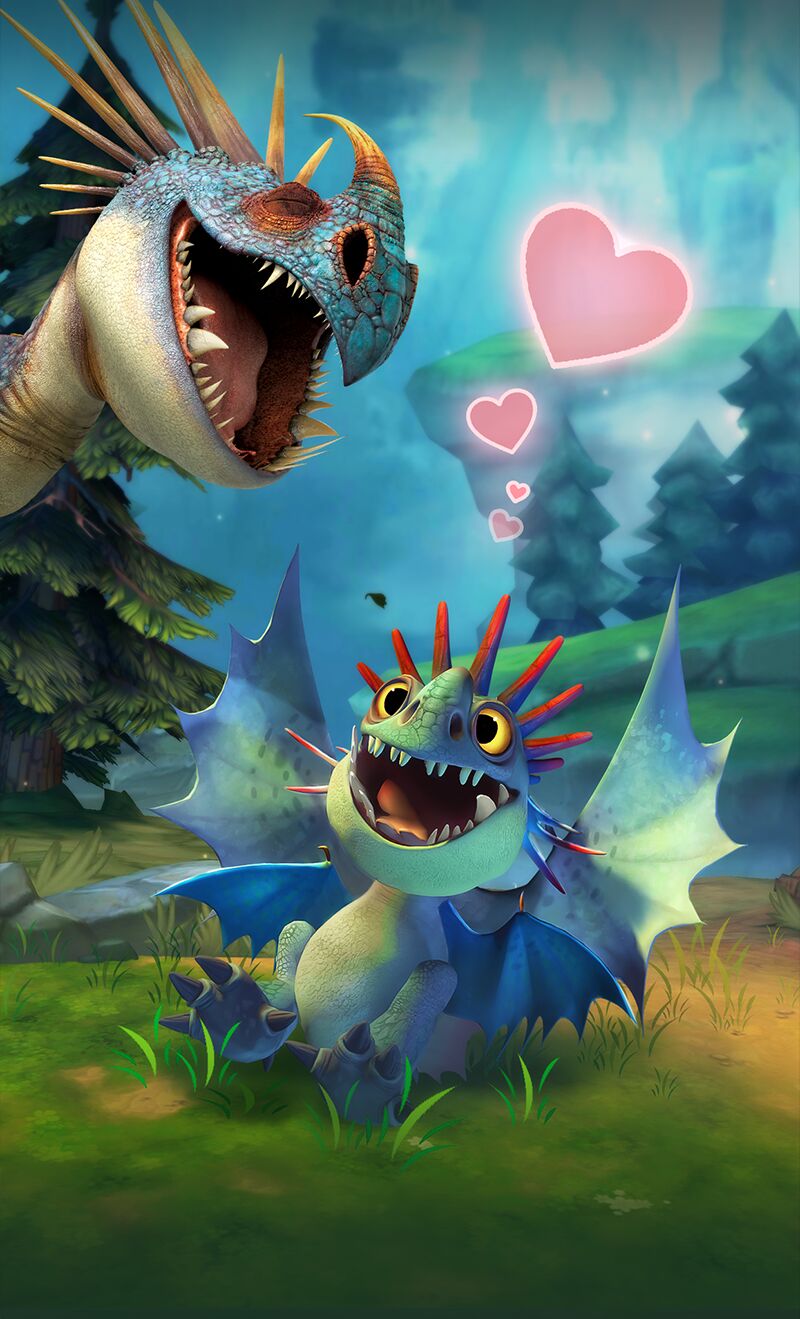 You get to go "up close and personal" with the dragons. In the roster screen you can zoom in on them and pet them, and the 3D models respond to your touch, rolling over or performing some other character-specific action. You're advancing the dragons and building up their stats ahead of the battles. You'll raise your dragons, depending on their rarity, from baby up through "broadwing" (adult, and ready to breed) to Titan level. 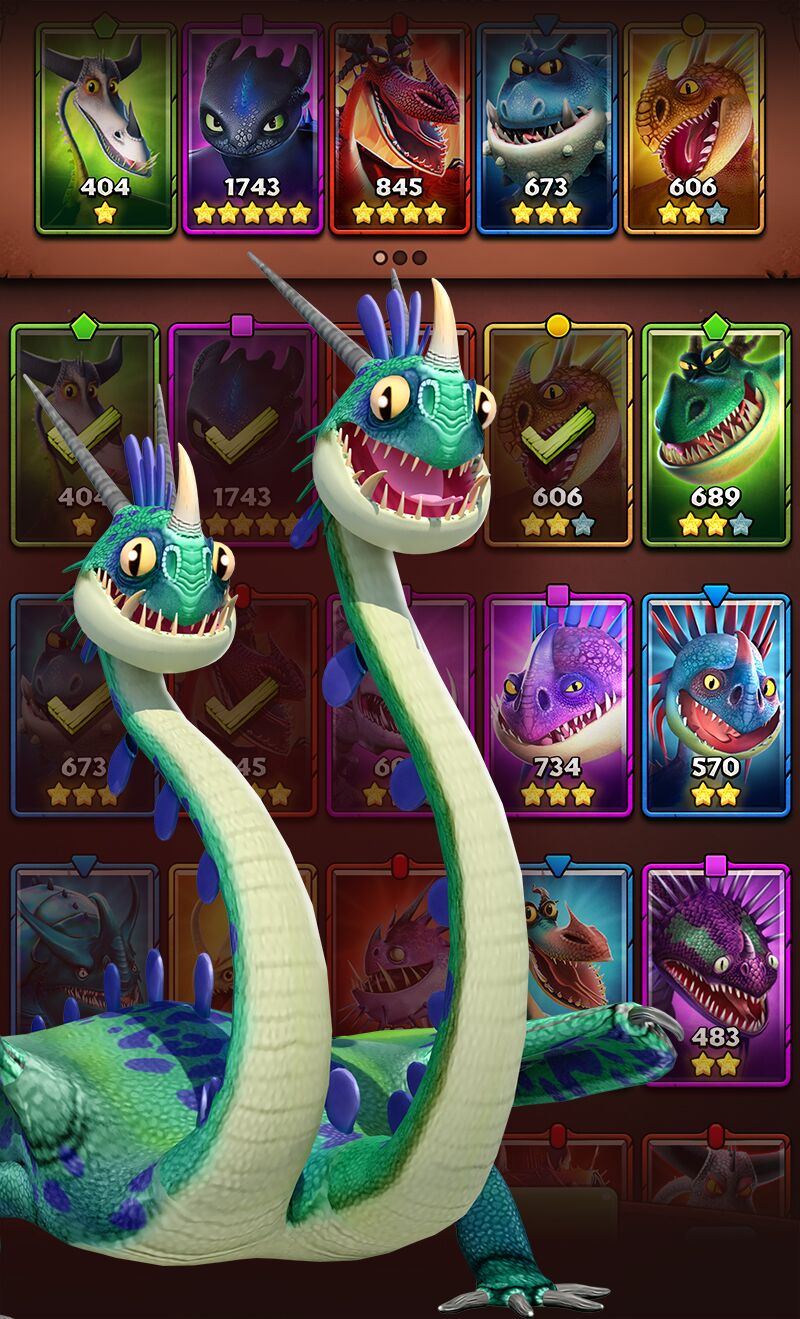 "Very engaged players will feel they've achieved something," says Messer, showing us models and animations for the different dragon stages.

Ludia's been working on the game for a couple of years. The game is planned for early 2019, ahead of the new movie, The Hidden World, which is expected in February. There's an official site at www.dragonstitanuprising.com already. A Premium Draft Token is on offer to folk who pre-register, so get clicking.