Final Fantasy is a series that all too often takes itself just a bit too seriously. Between the angsty teens saving the world and the over-dramatic romances going on, there's never really much room for some actual fun.

World of Final Fantasy Maxima attempts to correct that by throwing in chibi-style character designs, fourth-wall breaking dialogue, and a general silliness that courses its way through every part of the game.

It's still a Final Fantasy game at its core - so expect to find yourself bogged down with menus and random battles galore. But it's also a breath of fresh air for the franchise, and it's well worth a look if you missed it first time round.

World of Final Fantasy could be compared to Pokemon, if you were feeling particularly lazy. A slightly less lazy comparison is Brave Exvius, the mobile gacha title where you spend your time collecting party members from around the franchise to do your bidding.

You travel around the world of Grymoire as Lann and Rynn, doing all the typical Final Fantasy stuff - saving the world, defeating evil, and getting the stuffing beaten out of you by enormous bosses. 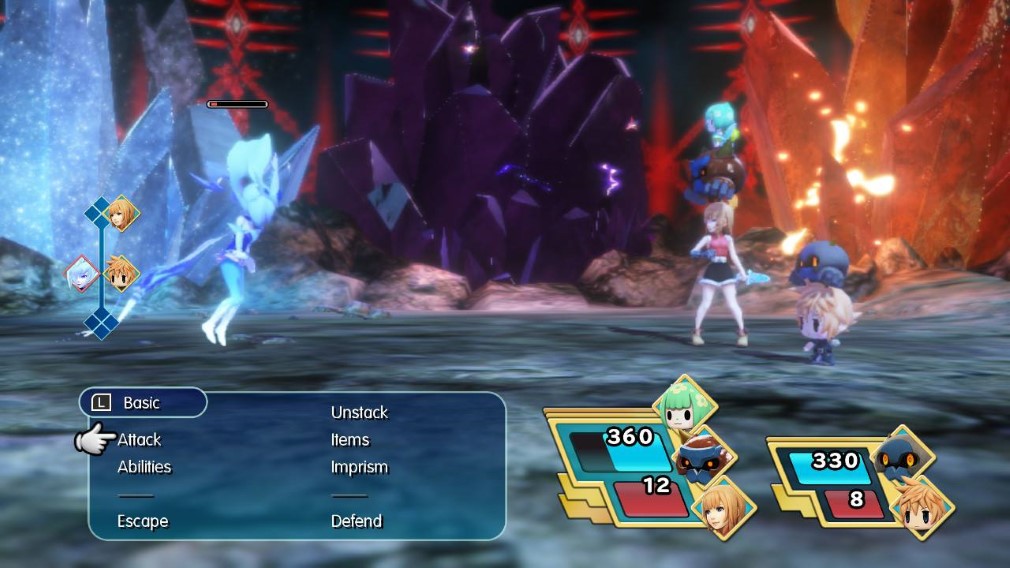 The twist here is that you don't have a simple party system. Instead, you have to literally stack your party on top of each other, making it so you have various critters sitting on your head to help with damage dealing.

This stack can be toppled by the enemy, or you can unstack yourself in battle, giving you six potential turns but limiting the HP and power of each unit.

You can also keep eight Mirages, the game's name for said units, in reserve, swapping them in outside of battle to create new combinations of abilities and resistances to give you an edge over your enemies.

Isn't it so cuuuuuute??

It's actually kind of a brilliant system, and opens up a wide variety of tactics to play with in battle. Do you need more turns, or do you just want to crush the enemy as quickly as possible? Should you unstack to remove weaknesses from your higher HP units? It's a quite literal balancing act, and it makes for some very interesting setups.

One issue this brings is the vast amount of menu diving you need to do to keep your party fighting fit. Each of your Mirages has its own upgrade board to navigate and its own pool of SP points to spend doing so, and meticulously going through each board after a few battles can get quite dull.

Outside of battle, the world of Grymoire may well prove divisive. It's beautiful enough (in handheld mode especially, though on a TV it's a little jaggy) - the chibi art of the characters has done nothing to dull the majesty of the world around you, and while everything's a little more cartoony than you may be used to, it all looks and feels amazing. 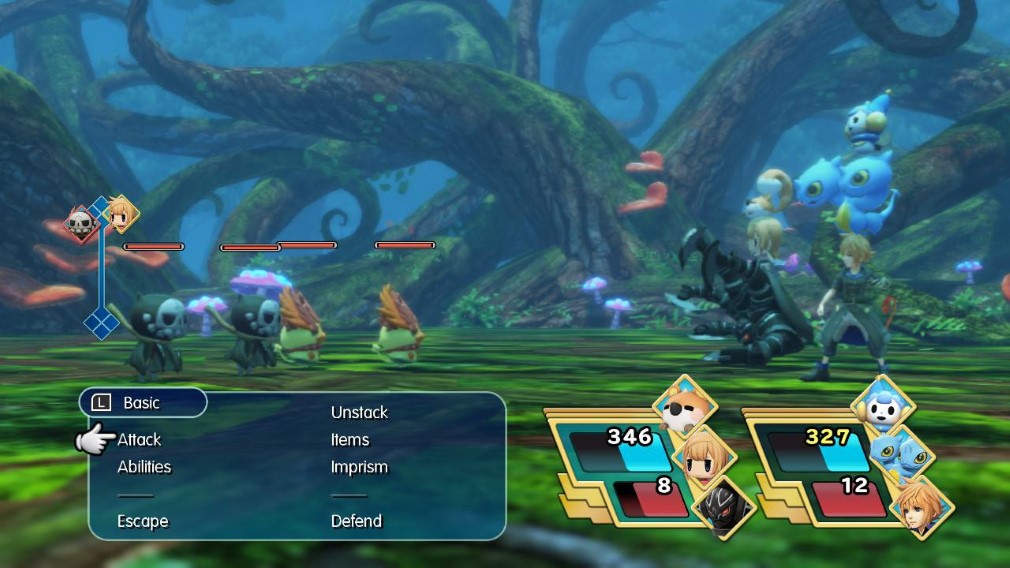 But the story is pretty standard JRPG guff, stuffed with fourth-wall breaking jokes that feel almost totally out of place, and some seriously irritating characters who would've been dialled back a notch in other entries.

Main helper character Tama, for example, is so annoying that I would like to dedicate a sentence of this review to ask you to switch to Japanese voice overs ASAP so you don't ever have to listen to them talk.

But overall, World of Final Fantasy is a pretty wonderful game. It's a classic Final Fantasy through and through, with a few twists and a different art style thrown in to keep things fresh.

The stacking mechanics add new depth to the familiar battle system, and the art style is rather lovely, if a little childish compared to other entries.

But if you're not ready to dive through 14 separate menus after every few fights to level up, or you want a more serious set of characters, you may want to hold on for the re-releases of classic Final Fantasy titles to satisfy your desires.