Play enough shmups and eventually they just bleed into one. Screens full of bullets, hundreds of enemy ships/demons/whatever. They're damn good fun, but so few truly stick in your brain.

Black Bird will stick in your brain. It is magnificently bizarre in almost every way, offering up a unique slice of shmup action that will confuse and delight in equal measure.

It won't appeal to everyone - it's as tough as it is weird. But if you get into the rhythm of things, it's a truly wonderful game that you won't regret taking a punt on.

From the smallest eggs

There are two phases to each of Black Bird's four levels - an arena shooter-style phase, and an enormous, two-part boss battle.

The former has you navigating a 2D world which loops around, tasking you with destroying a set number of semi-randomly placed towers while avoiding getting killed by the hundreds of enemies trying to stop you. 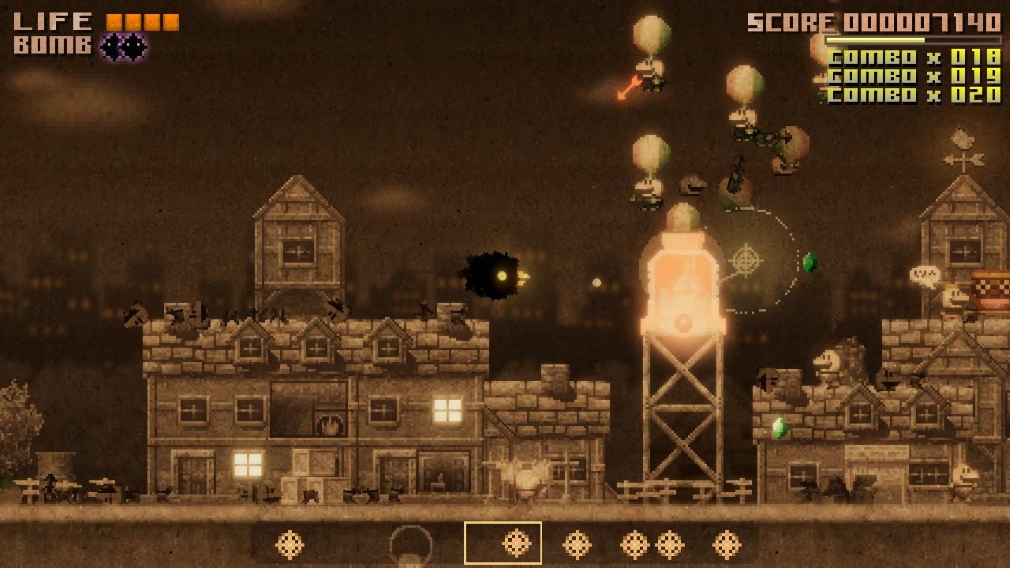 Your bird can move in any direction and can face either left or right, and you can shoot regular bullets or use a devastating bomb attack, which has limited ammo and causes your bird to turn into a huge black hole, almost instantly killing anything it touches and removing all bullets from the screen.

Each level is also filled with secrets and hidden items that can be uncovered with some careful flying and blowing everything in sight to smithereens. This can score you extra health, bombs, speed, or just more points for the high-score chasers out there.

Destroy enough towers and you'll be thrown into a boss battle, each of which are utterly bizarre and hard as nails. You'll be facing off against a ship in the shape of a clown, a giant mechanical chicken, and others which I won't spoil here.

It's pure brilliance. The controls are super tight, allowing for precision movement even on the sometimes-flimsy Joy-Con analogue sticks. Each level is tightly crafted and beautiful in their drab, melancholic ways. 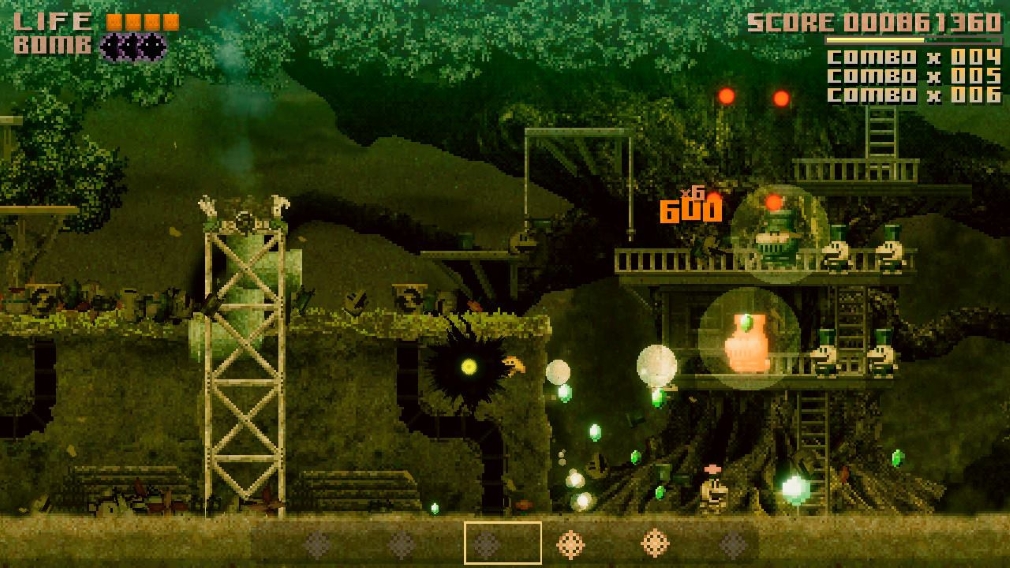 This isn't the Onion Games you may know from Million Onion Hotel - this is much darker and creepier, even with its cast of oddball characters. And that grim feeling fits the mood perfectly - you're never sure if what you're doing is right or wrong, no matter how good it may feel.

There are some issues. You'll encounter a few difficulty spikes that seem almost unfair, particularly between the third and fourth levels. And if you're not a fan of hard shooters, then you'll want to steer clear of True Mode, which remixes each level to be even harder and offers up multiple endings to those brave enough to finish it.

Game overs also take a little too long, which sucks when you just want to dive straight back into the game. And rankings don't differentiate between the Original and True modes, so you're never sure where you truly sit on the high score tables.

But all that aside, Black Bird is not a game you should miss. It's a gorgeous, utterly bizarre mixture of grim worlds and weird characters, with a killer bird at the centre. You've never seen anything like it before, and you should absolutely give it a shot right now.

Black Bird is difficult, weird, and an utterly brilliant shmup you need to check out right now
By Ric Cowley
| Oct 23, 2018 |
Switch
Find out more about Black Bird

How football sim Pocket Club Manager was changed for the West