Mars Power Industries is strangely calming despite its suffocating citizens

Welcome to Susan Arendt's latest column on Pocket Gamer. In 2018 we've recruited the best writers and most experienced gamers in the industry and asked them to inspire us. Today Susan takes a look at Mars Power Industries, and finds holding colonists life in her hands oddly calming...

I have a confession to make: I love Mars. You make something having to do with Mars, and I'm virtually guaranteed to enjoy it. Movies, comics, games, whatever; with rare exception, if you weave the red planet into your narrative I am fully on board.

Which is how I came to be playing Mars Power Industries this week. It's not, as I'd quietly hoped, a game about martians fighting for equal rights, but rather a puzzler about bringing energy to remote colony locations. 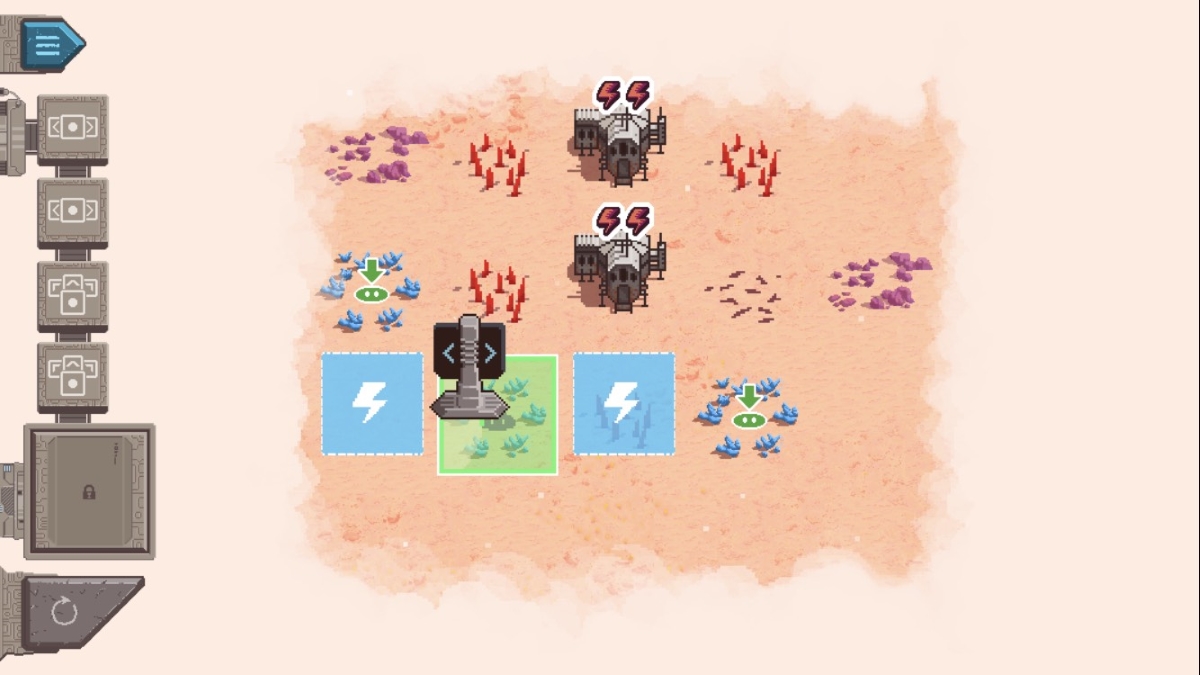 Your goal each round is to power up a number of habitats by carefully placing generators in the correct arrangement. With only so many generators at your disposal, you have to be smart about where you put them in order to ensure everyone in your colony gets the juice they need. Some generators only distribute power horizontally, others diagonally, and you don't get to pick and choose which ones you want.

While you're working that out, the planet is doing its utmost to prevent you gaining a comfortable foothold, throwing obstacles like spikes and rocky terrain in your way in the hopes you'll take the hint and bugger off back to Earth.

Unlike the actual Mars, Mars Power is very gentle and inviting. When you screw up generator placement, simply undo as many steps as necessary and try again. Your rewards for correctly solving a thorny layout are smiley chat bubbles from the habitats as residents no longer have to gasp for air or worry about freezing to death. (Hey, I don't make the rules about the dangers of space.)

Each level is a new year on your colony and, understandably, life on the new frontier gets just a bit trickier the longer you crack on. Success requires placing the right generator in the right spot in the right order, but there are no timers to make you tense or angry colony presidents chattering in your ear. It's just you, that year's conundrum, and the emptiness of the Martian landscape. 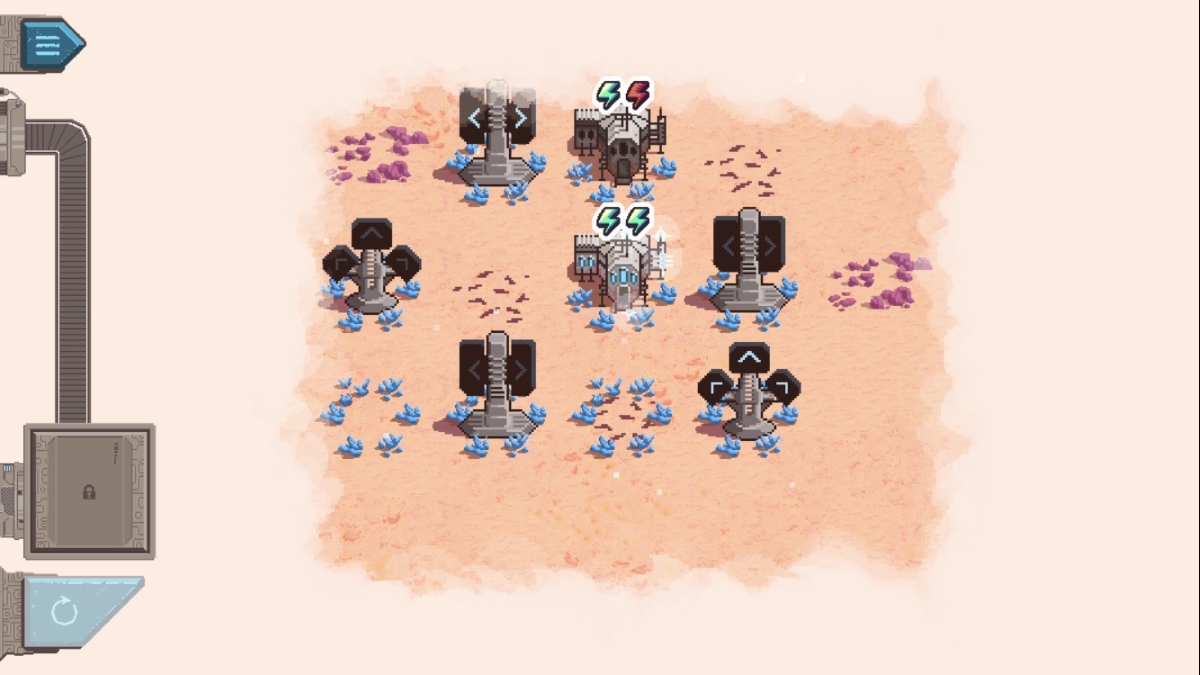 Truth be told, there's little to indicate that Mars Power actually takes place on Mars. The soil's a fetching shade of pink and admittedly, I haven't run into many breeds of angry, sentient spike during my Earthly travels, but nevertheless, the puzzles could be happening in Brisbane. But that makes them no less relaxing or pleasant.

Heading out into the vastness of space is usually a risky proposition in games, so I enjoyed being able to satiate my hunger for interstellar adventure while also not feeling any risk. And if I can't actually see my little colonists, that's fine, too: I can imagine them, going about their business in hydroponics or the geology lab.

There's no need for Mars Power to have any implied narrative at all - the puzzles would've been just as good if you were fixing circuits in the network of traffic lights or rewiring an air conditioner. But by setting on Mars, it allows you to bring a bit of yourself to the equation and becomes more than simple logic puzzles. Or at least that’s what it allowed me to do. But, like I said... I'm a sucker for anything remotely Martian. Well, except Mission to Mars. That movie is pants.

Read more of Susan Arendt's columns on Pocket Gamer, and find out more about Mars Power Industries on the App Store. If you're looking for more columns, then check out Harry Slater and Jon Jordan, who are always on-hand with sharp, tasty opinions too.