Time to get training

The Clash Royale League has revealed its autumn season kick-off dates, along with a fancy live action trailer, and its prize pool of $1 million. The trailer showcases how anyone (as long as you're good enough) can rise to the top and get signed on with a pro team. 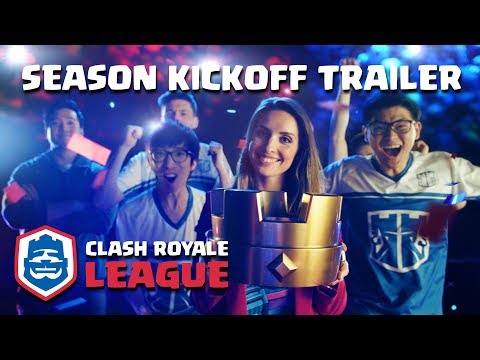 The kick-off dates for this season differ depending on the region. Latin America starts today on August 13th, China is August 17, North America launches August 20th, Europe's August 21st, and Asia is on August 24th.

A few months back CRL revealed its North America and European teams, some of which are pretty big names in the eSports business, including Cloud9 and Team Liquid. But there will be 44 professional teams in total from all over the globe that will be fighting for their place in the World Final.

It's great to see Clash Royale bring its long-awaited league to life and I'm sure we'll have an exciting season ahead of us. You can watch all of the upcoming Clash eSports events on their dedicated YouTube channel.