While playing the Friday the 13th mobile puzzle game, I couldn't help but think about how it's such a smart adaptation of horror to mobile.

But Identity V actually does a shockingly commendable job of adapting a similar concept - a scary burly man chasing after small scrawny people - and making a pretty compelling mobile multiplayer game out of it.

If you know nothing about Identity V, as I did when I first went into the game, then the first few minutes might be somewhat misleading. 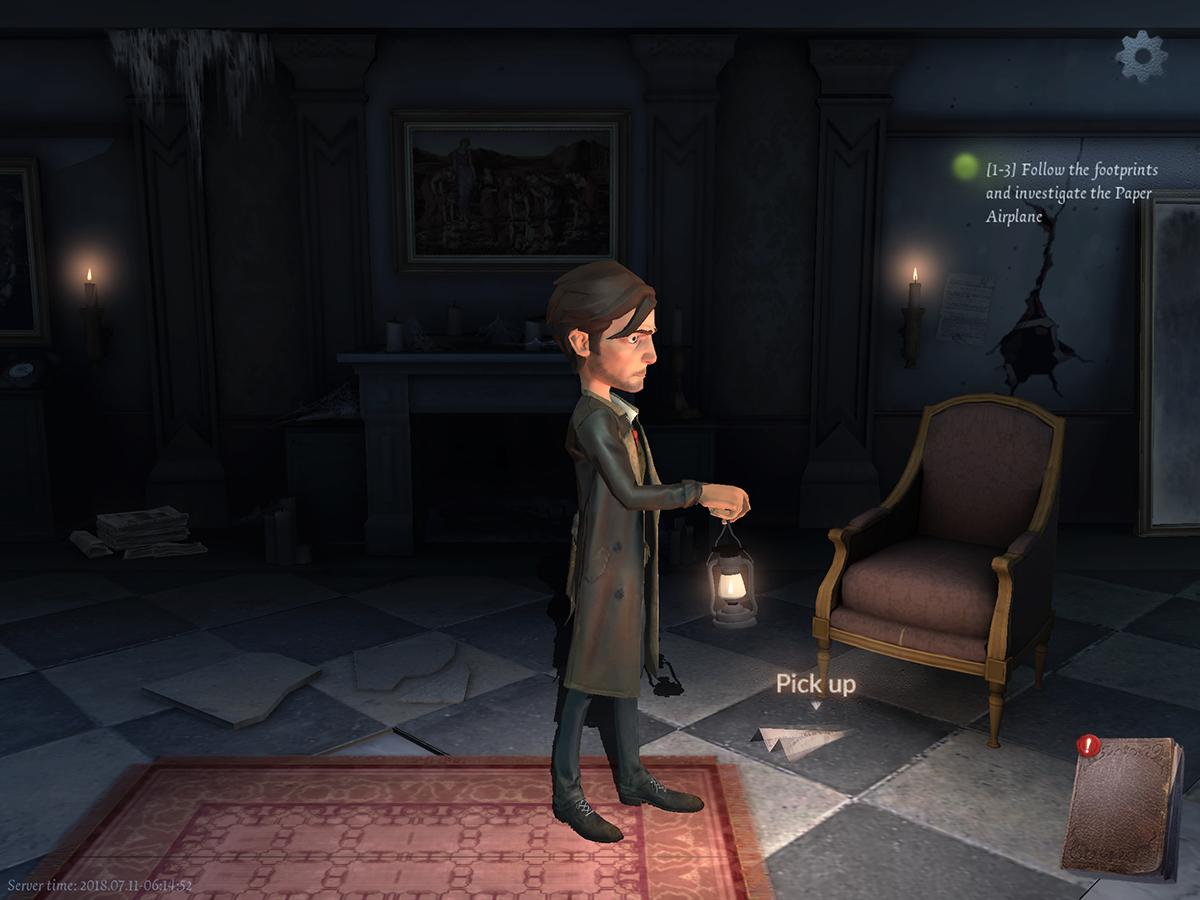 Interestingly, Identity V throws you into the shoes of a detective - or, a detective novelist with amnesia who has now become an actual detective - exploring a creepy mansion, uncovering grizzly events that happened in the past.

It's an interesting premise for a third person exploration mystery game. But that's not what Identity V is.

Identity V is an asymmetrical multiplayer game where one player assumes the role of a hunter, and four others go in as survivors. The hunter's job, in case it wasn't obvious from the title, is to hunt the survivors and take them out of the game by way of rocket chairs.

The survivors, meanwhile, must decode things at typewriters, all in the hope of eventually unlocking the exit to the dungeon, and escaping the hunter's grasp.

So, it's a bit different from the game's introduction, then. The story and dialogue heavy early scenes give way and the mysterious room of the mansion you're in ends up being nothing more than an interactive menu, where you walk to objects to access the store, matchmake, and customise your characters. 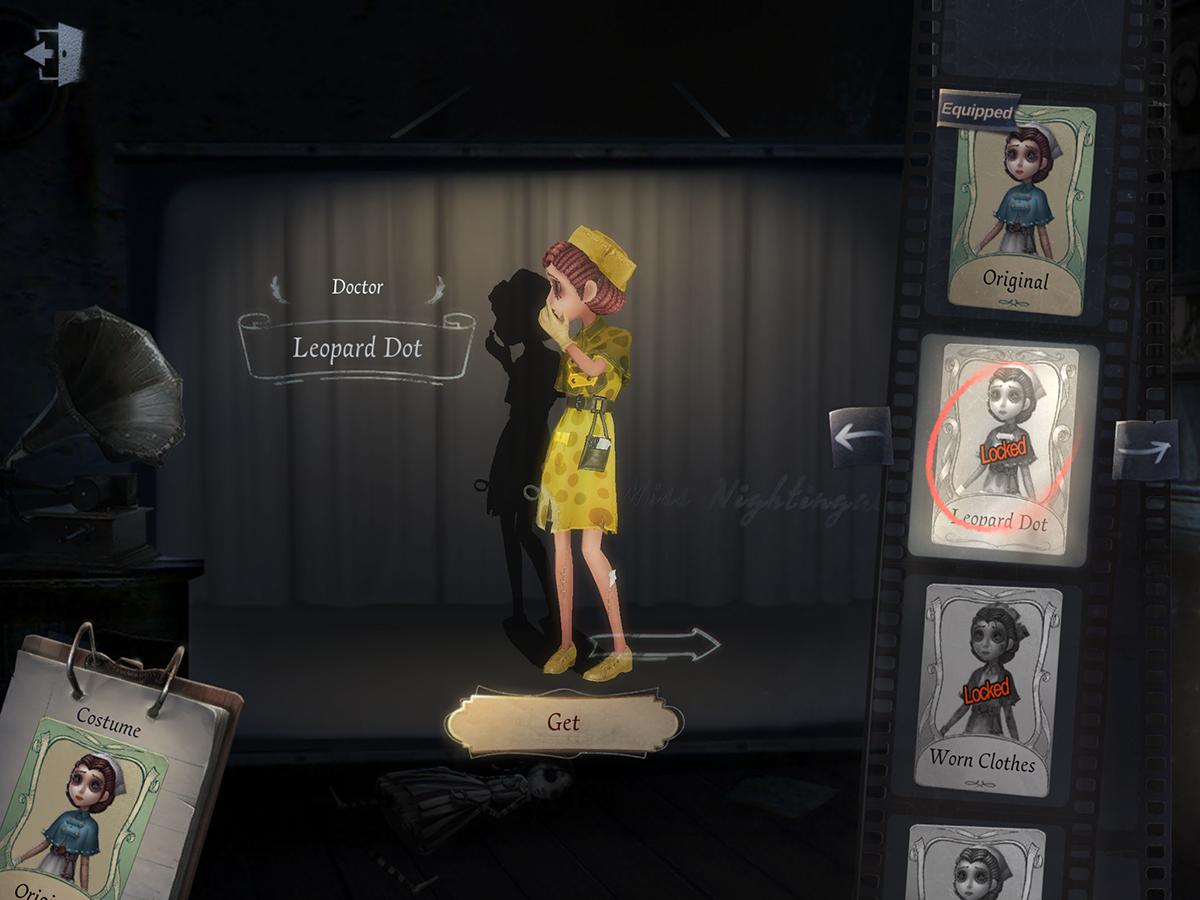 I was almost looking forward to a mystery game, so this all came as a bit of a shock, but luckily the multiplayer is loads of fun.

As survivors you must dash between five marked typewriters to fully decode (what you're decoding isn't clear, I guess they're clues to the end password or something) and then a final door will open. Of course in the meantime you'll have to avoid the hunter, who is much faster than you.

You can interact with the environment to push over pallets to block the hunter's path, and jump over ledges the hunter cannot, giving you a chance to get away despite the hunter's speed. You can also loot chests and hide in lockers, but how useful this is depends on who's playing as the hunter.

As the hunter meanwhile, your objective is solely focused on the survivors. Find them, attack them, send them out of the game.

Once you've slapped them twice they'll hit the floor, and you can pick them and take them over to a rocket chair, where, after a short wait, they'll be blasted out of the game. Fairly family friendly stuff, considering the horror style of the game. 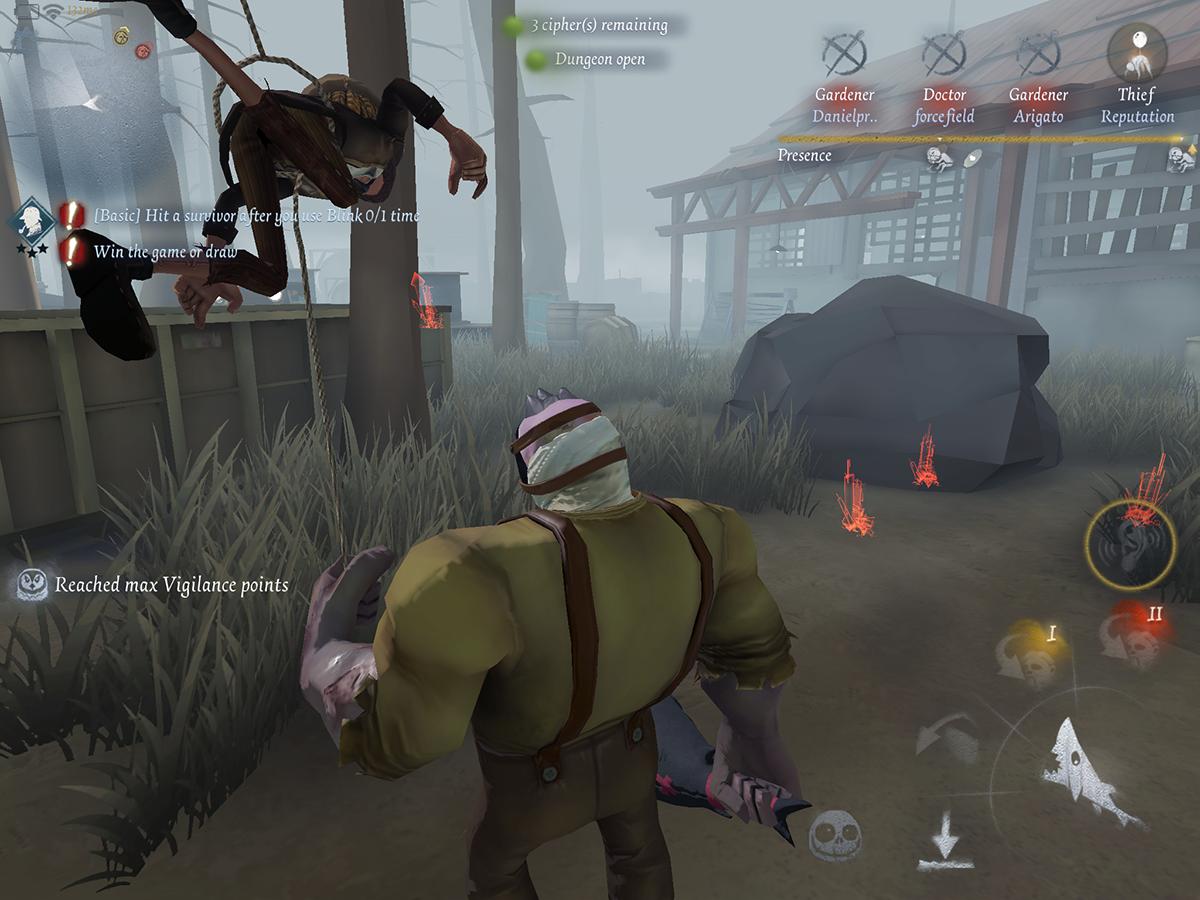 It's obvious where the game's style takes its inspirations, too. The hunter himself is most certainly the typical Jason archetype - big, stupid, violet and brutal.

The survivors meanwhile are styled after the Tim Burton movie Coraline, something that will be clear to anyone that has seen the film. Buttons for eyes and the general shape and aesthetic of the characters will all be incredibly familiar.

Fitting, as their fragile sewn appearance is suitably juxtaposed against the hunters, who are unquestionably absolute units.

With all the pieces come together it makes for a surprisingly good multiplayer experience, one you can either play with friends as you team up as survivors, or by yourself as a hunter - or, you know, in random teams. Either way, your preferred playstyle is catered for.

You can customise your hunter and survivors too, with various character skins, costumes, accessories, and more. You'll unlock these as you go, and earn currency for more. Of course, you can also invest real money in order to get customisation options done faster. 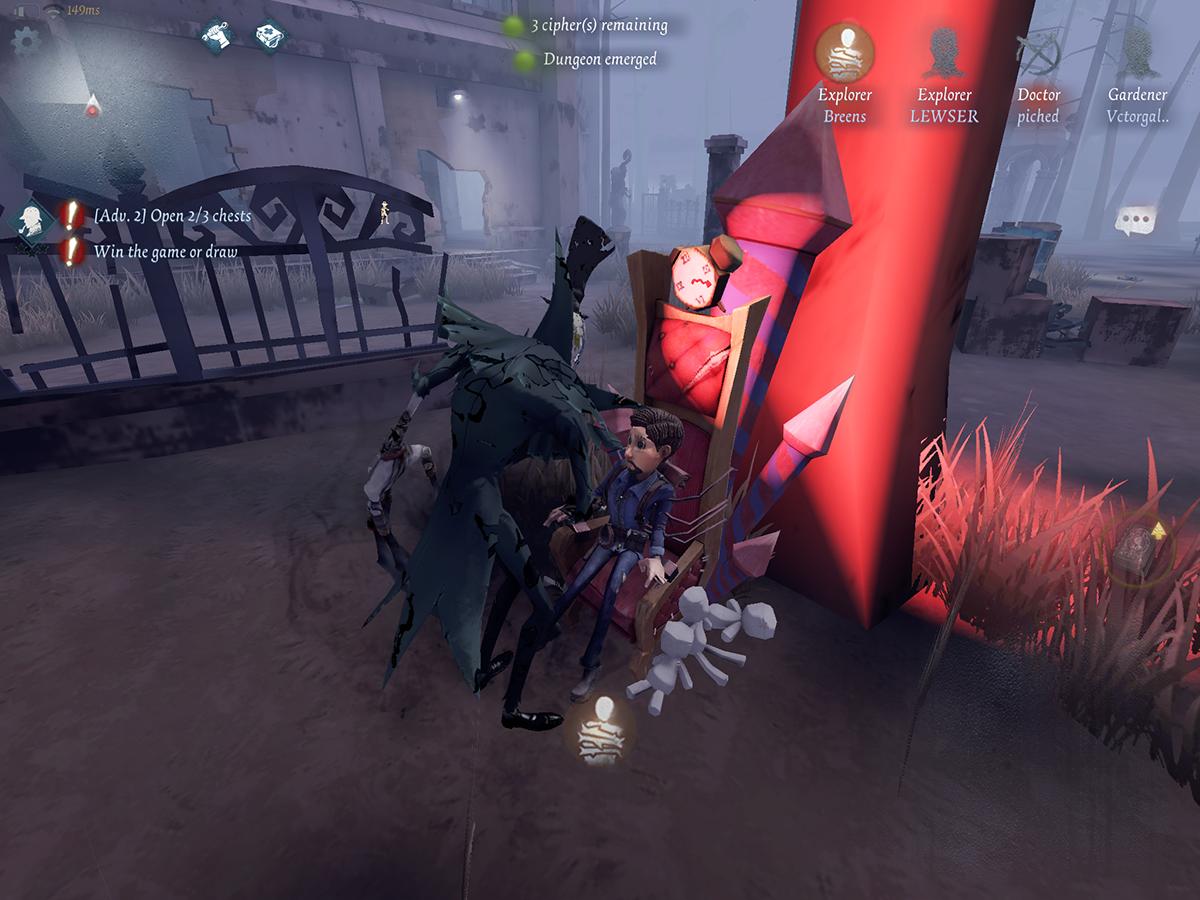 There's skill trees to level up, costumes and skins to earn, abilities and traits to master - everything you essentially need to stay stuck in to the multiplayer loop is present, and you know what? It's a pretty good loop.

I still don't fully understand why Identity V felt the need to mask what is a fairly by-the-numbers multiplayer experience (by NetEase, standards) in a strange detective mystery shell, but once you're past the introduction you can pretty much ignore it and get stuck into playing online.

Fun whether you're a survivor or a hunter, and your knowledge of the game's mechanics, stage layouts, and abilities will help you hunt or survive. Definitely worth giving a shot, especially since the satisfaction from taking down four online players as one hunter is pretty wonderful.

Identity V isn't a revelatory multiplayer game by any means, but it's well made, well polished and pretty darn fun. Definitely worth giving a go, but maybe skip the tutorial?
By Dave Aubrey
| Jul 12, 2018 |
iOS + Android
Find out more about Identity V