How do you describe The Mooseman? It's a difficult question, because it's not really like anything else. You could break it down into its component parts, but then you're missing out on the whole picture. And it's the entirety of the experience that makes the game interesting.

In a way it's a 2D so-called walking simulator. You're progressing slowly through a black and white world. There's no jumping, no wandering off the path, there's just that inexorable move towards whatever lies at the end of the experience.

And if you think that sounds horrible, you're wrong. It's deep, it's moving, and despite the simplicity of its core mechanic, there's a decent level of challenge here too.

The game is a retelling of some of the stories of certain Russian tribes. You're a shaman, who has the ability to see things in the spirit world that others can't. You need to use this ability to solve the puzzles the game throws at you.

Some of these are as simple as switching your view so you can move past an obstacle. Others are much more complex, and figuring out what you need to do lies at the heart of the game. There's a little bit of trial and error here, but short checkpoints make it less annoying than it could be. 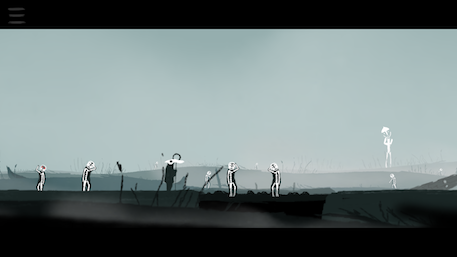 One thing about the game that might annoy some is its deliberate pace. There's no rushing around here. You walk with a simple, dignified plod. Getting past the sometimes sprightly monsters you encounter is a matter of brains rather than brawn.

There's definitely shades of the likes of Inside here, but The Mooseman is, if anything, even more esoteric. There's no hand-holding here. You're on your own, and you need to figure out the world entirely on your own. 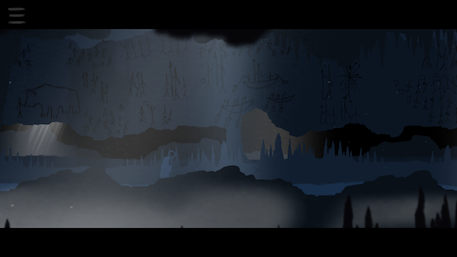 You'll meet a variety of characters along the way, as well as collecting myths and items that give you a glimpse into the world that you're walking through.

And the whole thing sparkles with a sort of energy that most mobile games just can't generate. It's that energy that the game gains its strength from, and what makes it such a special experience.

No, it's not going to be to everyone's tastes. But if you're looking for a thoughtful, studious exploration of parts of belief and understanding that you probably haven't encountered before, there's an awful lot here to recommend.

It's fiddly in places, and sometimes it's a little too hands-off for its own good. But for the most part The Mooseman offers a solo hike through a world you've never been to before.

A thoughtful game with a brilliant story, sense of place, and a speed all of its own
By Harry Slater
| Apr 19, 2018 |
iOS + Android
Find out more about The Mooseman

The Mooseman is a short, atmospheric adventure game which takes inspiration from Russian mythology