Friday is only a day away, but there's still the new releases of the week to get through yet, so try to stay awake.

From epic CCGs to strategic battlers, let's see if we can't find something you like, eh?

Forge your own legacy and head out on an epic adventure of knights in this dungeon-crawling platformer. Tippedy-tap your way to victory. 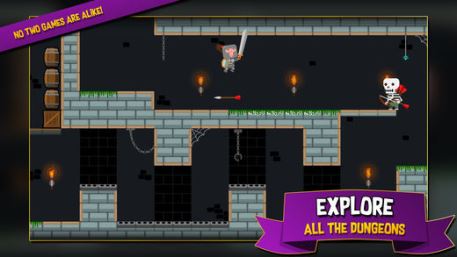 There's a dungeon, some bad guys, and a heck of a lot of swipes between you and sweet, sweet victory in this action puzzler. Combine tiles to craft gear and hopefully don't die on the way. 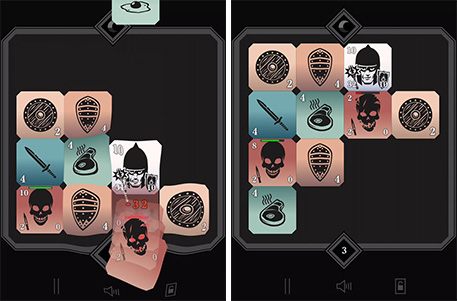 
Think you're the master at blowing bubbles? Now's your chance to prove yourself. Pick a character, pick your gum, and blow the perfect bubble with only one finger. Once isn't enough though, keep going until you fail. 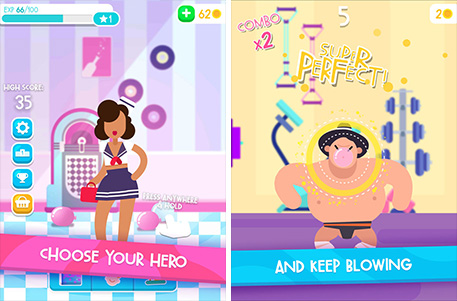 
Take on Cally's biggest adventure yet to cure her friend Rupert's curse. Head out on a global mission, discovering new enemies, new friends, nine biomes, 11 big bosses, and more all in the name of friendship.


Explore a flying city called Starship Frivolity and earn the locals' trust by taking them on at their favourite card game called - erm - The Card Game. Connect your cards to charge them up and then choose between damaging your opponent or putting up your defenses. 
70 years after settlers arrived on Catan, the island's peace is under threat unless you, and the three characters you guide, don't stray too far from your path. This text adventure has multiple decisions which each have consequences. 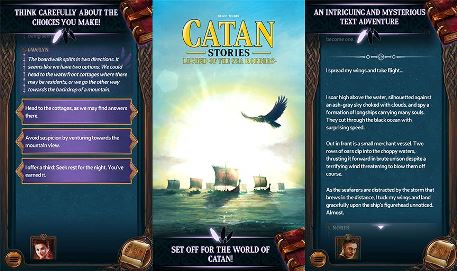 We chatted about the base game a while back, but now the minimalist puzzler, Cubiques, is using AR to its advantage. Enjoy 70 puzzles, simple AR swipe controls, simplistic graphics, and more. 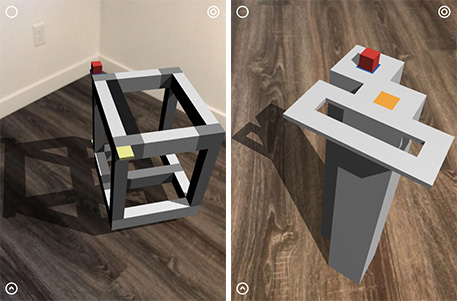 
Enjoy 8-12 hours of amusing narrative in this adventure puzzler. Play as Bjorn Thonen, a sub-par antique dealer, after he's robbed one night. What starts off as a half-assed investigation with the help of his neighbour Sanda, they duo quickly dive deep into another affair altogether.


Join Steven in his latest dreamscape. Having dreamt up arcade games for all of his friends, it's up to you to play them, gather tickets, and cash them in to collect G.E.M.S. 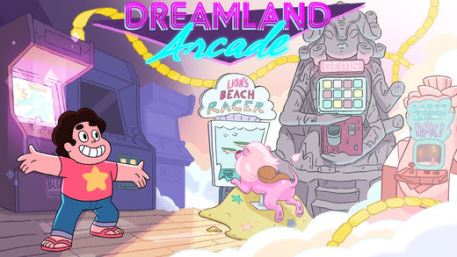 
Head back through perilous rooms with the mustachioed Duke Dashington. It may be three years old, but it's gotten a make over both visually and in its controls.


It's been two weeks so there's a new old-school game to get your hands on with SEGA Forever's latest addition. Take on this armour-clad platformer and use your plasma rockets, ICE combat suit, and more to bring crime to a halt.


Don't look like a fool in front of the king - use the fool as a ball and throw them through a goal to win the challenge! Those that don't please the king get fed to the tigers, so suck it up, Gladiator, and chuck that Fool about.


It's another season and another opportunity to be absolutely ace at managing your team. Whether you're playing with a phone or tablet, you've got 17 countries to base yourself and absolutely tons of clubs and players to choose from.


Help Pepe escape the dangers of his transformed town and take on multiple enemies and bosses while you go. You've got 12 characters to choose from and tons of weapons and power-ups to boot. 
Originally launched on iOS a couple of months back you can now enough the architectural wonder that is Monument Valley 2 on Android. 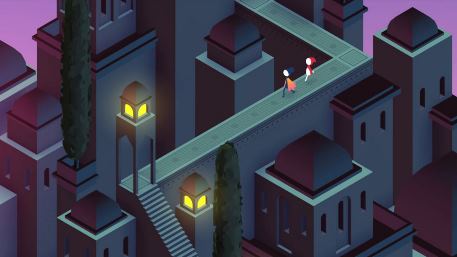 
This extra special collection gives you access to the main game, ROME: Total War, and the two additional DLCs, Barbarian Invasion and Alexander. If you're after the full set you could save yourself a bit of cash by investing in the collection. 
Sandcastles is a pretty chilled experience where you'll lift castles up out of the sand and watch them slowly get consumed by the sea.


Out of nowhere, this intense dungeon crawler will no doubt keep you challenged for a while. Never hit the same space twice thanks to its randomly generated levels, battle on for as long as you possibly can, and basically have fun with how utterly nuts it is.


Yes, it's finally here. Prepare to be strategic, devious, and a little bit naughty as South Park arrives on your mobiles. Encounter over 80 hilarious cards, a fun single-player campaign, and more.


Guide Starman through a stunningly monochromatic environment, helping solve puzzles to recover the light and bring life back.


After only entering soft launch last week, WonderWorlds is out now on the App Store and it's an interesting little beast. Work through hundreds of levels, jumping, throwing, and potentially even battling through different areas and puzzles. You can even build your own little dreamworld if you want to.


Aha! Did you get absolutely obsessed with Word With Friends and take personal offence when your Facebook friends wouldn't help you out? Here's the second part for you to start the obsession all over again, and challenge your pals in new ways too. 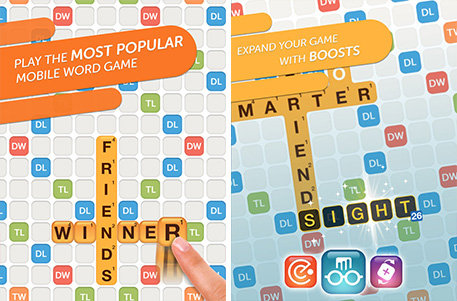 
Asdivine Hearts is a popular RPG set in a magical land, and it's finally available for Cross-Buy (between PS4 and Vita). Join Zack and his childhood friend, Stella, as they begin their curious journey to protect their world. 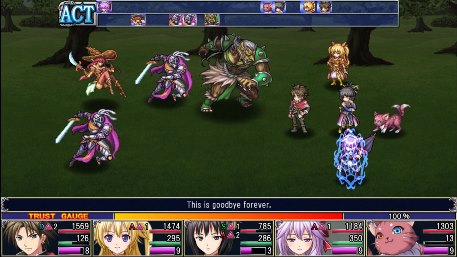 Home Alone With You Bundle


Play some creepy, two-player-driven stories in this murder mystery game with a bit of a twisted. Escape a doomed space colony with the help of your AI companion and try not to get hit too badly in the feels. 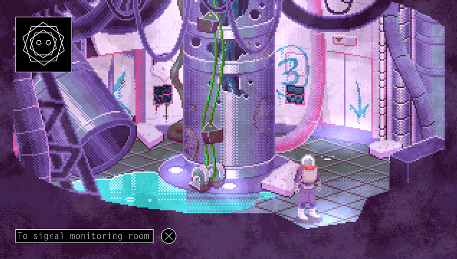 Bonds of the Skies


This here's an interesting RPG about friendship between gods and humans. After a demon attacks his town, our young protagonist, Eil, enters into a pact with the Air Grimoa, Nogard, and heads out to slay the demon. 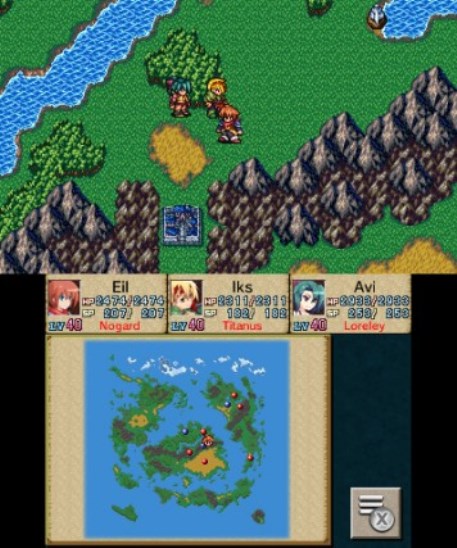 
We've waited for it for a while and it's finally here. Get you kitty pack, your sword, and get to adventuring you crazy cats. Head after the evil Drakoth to rescue your sister, and help a bunch of needy felines on the way. 
Once you've got the necessary space available on your device it's time to travel to Hell and fight a fair few demons while you're there. 
I don't think this one needs much introduction. Hop behind the seat of your tract'r and take on the challenges that go with being a farmer. Test out all sorts of vehicles, explore an open world, and grow, harvest, and sell your crops to the locals. 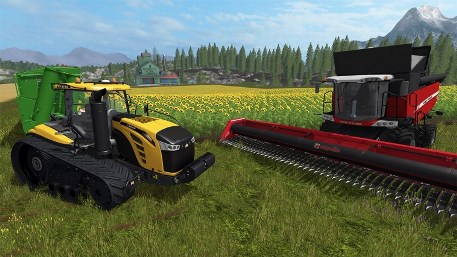 
This is one ridiculous game that's both hilarious, questionable, wacky, and incredibly rage-inducing. Different buttons control different parts of Octodad's flubbery bod while you try and be as human as possible. You'd never think normal stuff would be so difficult to do as an octopus. 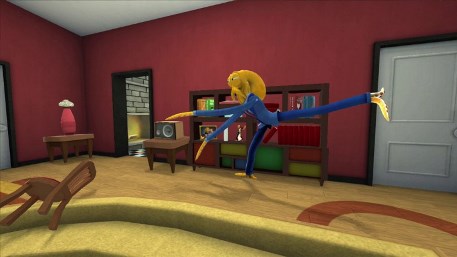 
Take on the evil Doctor Eggman and his motley crew of baddies in Sonic's latest adventure. Switch through both modern and classic gameplay, experience seriously fast-paced action, and fight a new sort of enemy. 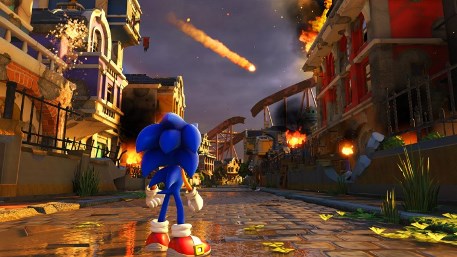 
Unlike last week's extortionate edition of Monopoly, UNO's coming in at a much more reasonable price. Play against up to three other players, strategically playing your cards and using your specials to make the biggest impact. 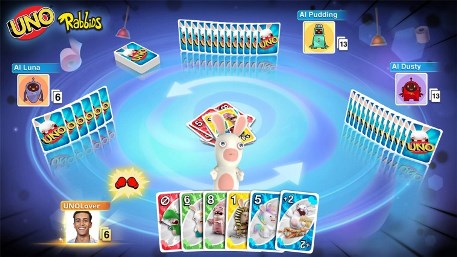 Want more? Check out our 20 other ROME: Total War articles!

Build your own hero in the open-world adventure game Pooka: Magic and Mischief, coming to iOS and Android November 20th

Become a Legend review - A new Roguelike platformer for iOS