The 2004 classic, now played on a Samsung Galaxy S9

Feral Interactive has dropped over an hour's worth of gameplay footage for its Android version of ROME: Total War.

If the studio's name rings a bell, that's likely because it was responsible for the previously released iOS port, which has been available on the App Store since 2016. Android users have had to deal with quite the wait – but better late than never, eh? 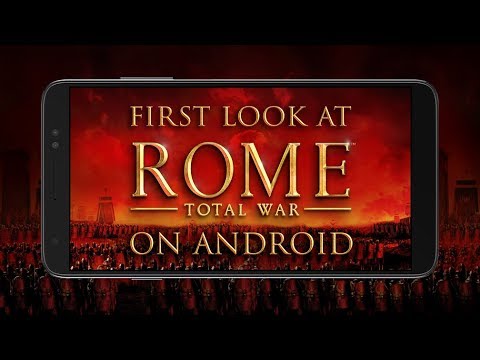 The new footage looks fairly impressive, though it's important to note that the game is being played on a Samsung Galaxy S9 – one of the more powerful Android devices on the market.

Requirements for this one are sure to be fairly high, and grand-scale strategy titles tend to work best on a larger screen, so a device of the S9's size would likely be ideal.

We currently don't have a firm release date, even if it remains scheduled for some time this winter. The App Store version is still sitting at £9.99, so Android users should probably expect the new port to be similarly priced.

We'll be sure to let you know once further detail emerge. For now, we have little reason to suspect that the Android port will be anything less than great – especially when considering the quality of that iOS version.