If Neon Chrome had a younger, sillier, more gleefully violent brother, then it would look a lot like Jydge.

However, subtle differences to the structure and tone may make it worthy of consideration if you're a fan of the original.

Though it's set in the same cynical dystopian future universe, Jydge takes the action outside of the original's monolithic tower and adopts a decidedly black sense of humour.

This time you're a Judge Dredd-esque supercop sent into various hostage and siege situations. Levels are compact but open, and they usually contain multiple entry points. 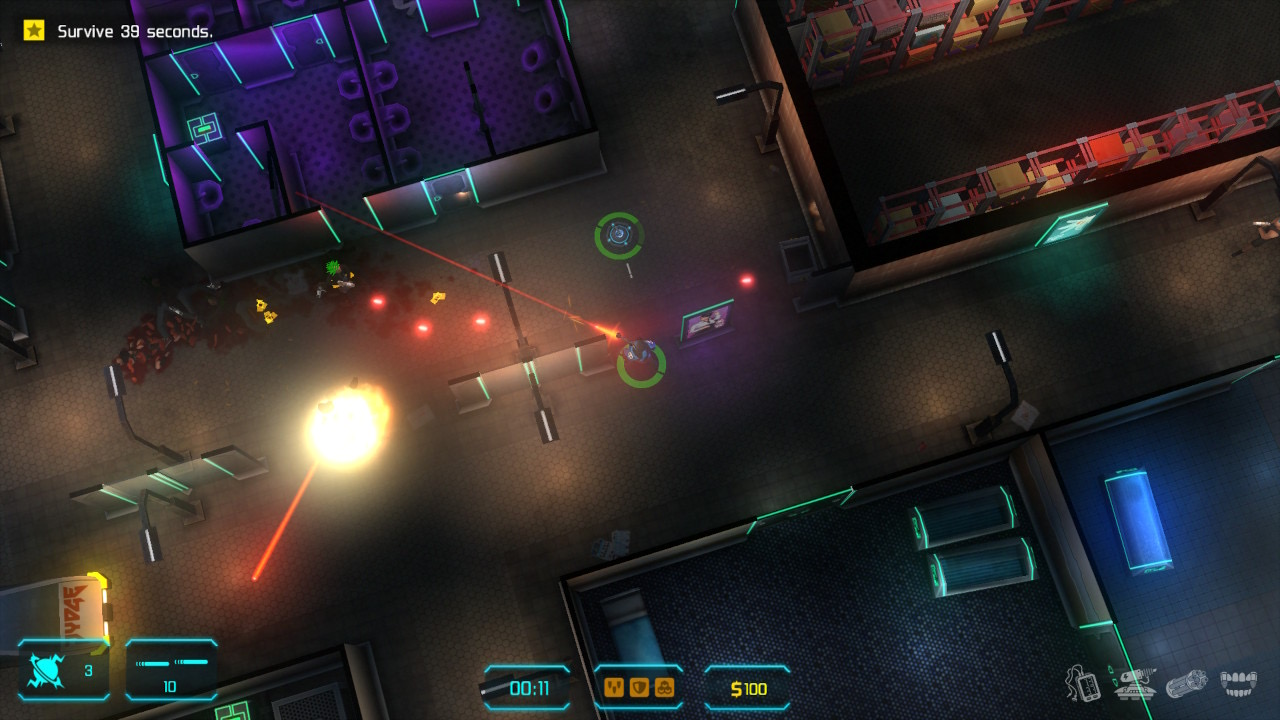 You would never accuse Jydge of being subtle, but you can opt to sneak up on opponents for a damage multiplier.

Like in Neon Chrome, there are a whole bunch of ways to customise your Jydge. There's a series of tech plug-ins that enhance your core abilities, as well as those of your gun, the Gavel.

Before long you'll have drone companions, a cloaking device, bouncing laser beams, the ability to suck health from criminals with every bullet landed, and loads of other options at your disposal.

Again, this tends to simply lead to various flavours of chaos, but it's always satisfying to experiment with a new weapon type or mod.

Key to your progress through Jydge is a medal system, with up to three awarded to you depending on how you tackle each stage.

On one level, there might be a medal for going through the whole level unseen or unscathed. You might get a medal for killing all the enemies or opening all the loot boxes, or getting back to your car in super-quick time. 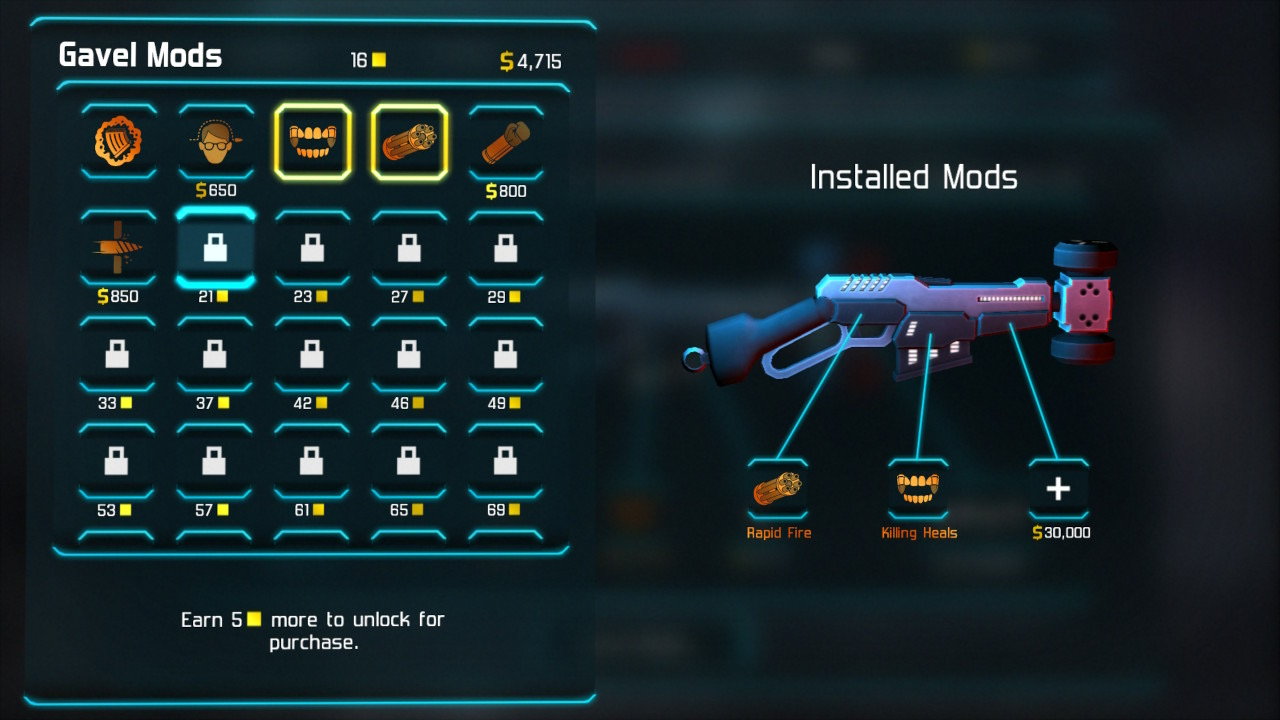 This boosts the game's replayability, but from Act II this medal system is also used to unlock the next level. Which, if I'm being honest, is a little annoying.

Sure, grant rewards for thoroughness and for playing the game a certain way. But don't make progress through the game dependent on them. That way lies frustration and grind.

Jydge is a fun, frantic and challenging take on the twin-stick shooter. Its relationship to Neon Chrome is all too obvious, and if you've just played through that recently then you might want to give this a miss.

If you're after some cathartic carnage, though, we wouldn't jydge you if you made this your next Switch purchase.