If you like nothing more than strategy, battle, and adventure you might just want to check out Joycity’s latest title Oceans and Empires.

Set between the 15th and 18th centuries, the aim of the game is to work your way up from the lord of a small island, to the undisputed ruler of the ocean. You’ll have to build friendships and strengthen your fleets if you want to fortify your island, and collect valuable resources that can be used to trade with others.

Crammed full of exciting battles and historic scenery, the game is guaranteed to kick your brain into gear and turn you into a strategic superstar. But don’t worry if you need help with getting to grips with things, because we happen to have this handy guide to help you on your way to becoming the overlord of the virtual ocean. 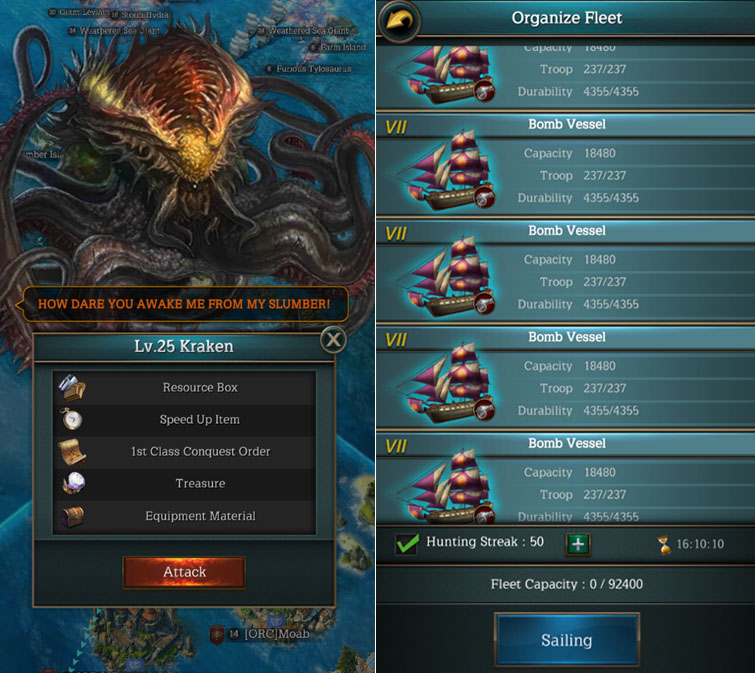 In the fight to become the master of the ocean you’re guaranteed to run into a few horribly grotesque monsters, but what better way to prove you’re the top dog than in an epic seaborne skirmish?

With monsters from level 1 – 30 located in the deepest depths of the ocean, you can gather your troops and embark on hunting missions that’ll earn you loads of treasure and resources.

Monster hunting also has the added benefit of dropping the ‘Conquest Order’ for attacking empires. The higher level monsters that you vanquish the greater the drop chances for a high level conquest order.

Set up hunting streaks so your fleets will automatically pursue designated monsters, by tapping the icon at the bottom of your screen. Just make sure you choose wisely because if the chances of you winning are low or you suffer a monstrous defeat, your hunting streak will end and you’ll be the laughing stock of the sea.

While monsters from every level will earn you rewards, higher level beasts will earn you way more high quality loot – so get hunting. 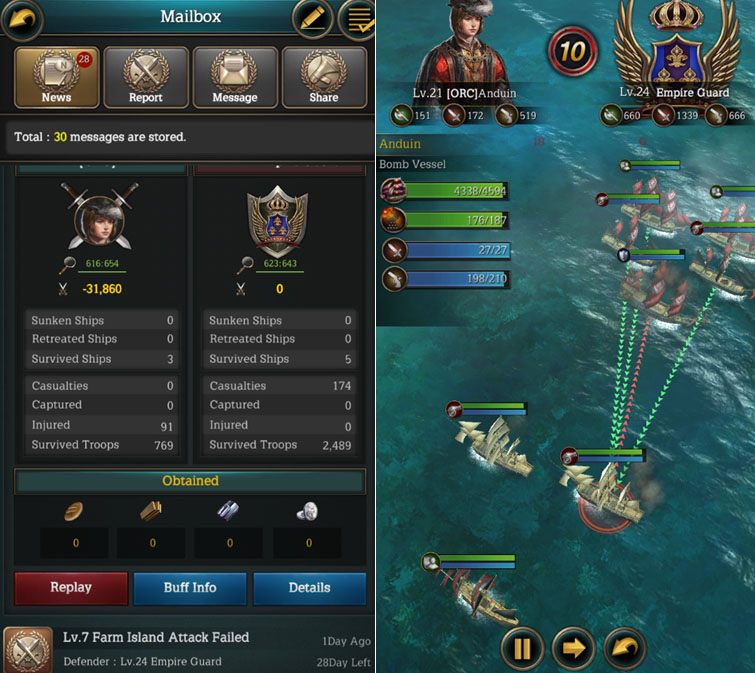 While there are normally 4 phases to each battle, these may differ depending on if the target is a dominion, a monster, or Resource Island.

With phases including ship battle, sea close combat, gate siege, and close combat, you can develop your individual fighting skills to better aid your progression. You can even use the battle replay option to see how the battle developed, and check the status of your allies and enemies. 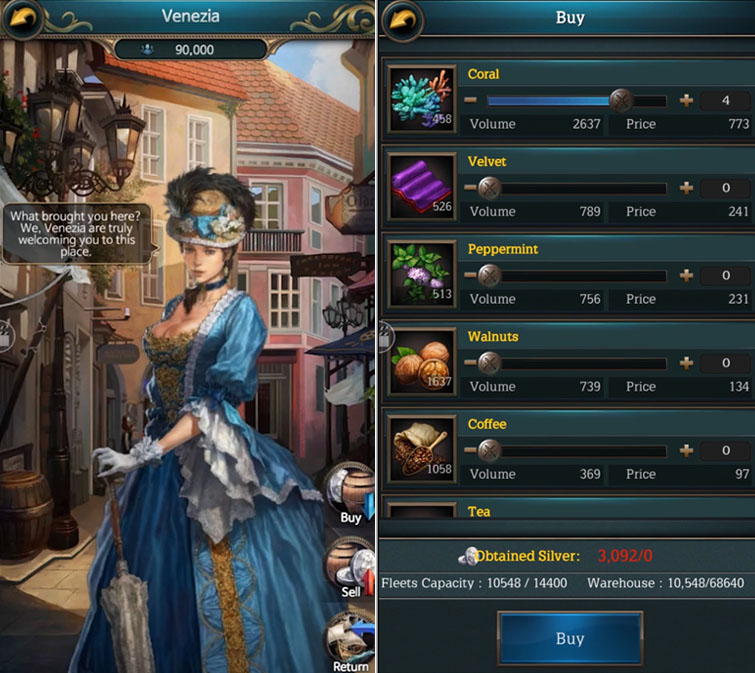 While all the resources you collect are important for your development, the rarest and most valuable is silver.

Once you’ve got enough you can use it to buy items through market trade in over 60 iconic cities, or to fund research at the Royal Academy. It can also be used to upgrade and repair your ships, and craft useful equipment.

But if you’re feeling particularly merciless, you can get more silver by waging alliance wars to take control of trade cities from your adversaries. Just remember that the trading in each city affects the overall economy of the game - so spend wisely. 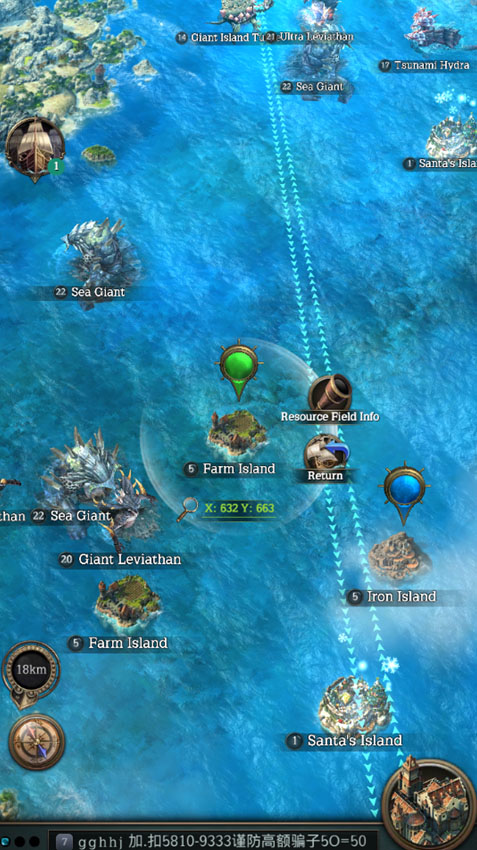 Become the most powerful player in the game, by plundering resources from none other than Resource Island.

Home to valuable assets such as silver, lumber, farm, and steel, you’ll have to fight your way through the levels, and conquer the island’s various locations. Just make sure you take note of any coloured flags in the area, as trying to conquer enemy territory could spell trouble. 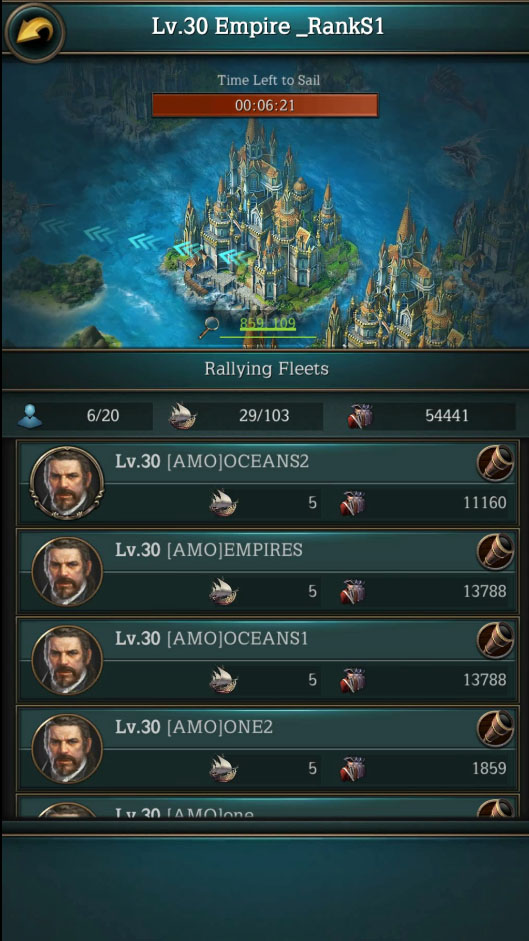 Once you get strong enough, you’ll be able to prove your worth and break through to the higher levels of the empire.

In sneaky scout missions, send your fleets to assess the worth of your opponent’s islands to determine if they’re worthy of attacking, and gather your allies for help in rally attacks. And if you’re really ruthless, you can even capture higher level enemy troops and keep them as prisoners.

If you’d like to test out our tips you and go from simple sailor to pirate king, you can download Oceans and Empires from the App Store and Google Play for free.

Oceans & Empires makes waves this summer with its June update