Last week we saw Soldiers Inc: Mobile Warfare taking the resource management genre in one direction. This week it's the turn of Dawn of Titans to take it in the polar opposite direction.

And the results are far more interesting. This is a midcore strategy game with more interaction, more action, and a little bit more spark than you might be used to.

There are still buildings to build and wait-timers to wait for, but the scraps themselves require a little more nous than you might have become accustomed to.

The game sets itself up pretty well. You're playing the king of some floating island kingdom, and you can call upon the services of a titan to fight for you against your enemies.

And so you do that. The tutorial is essentially the first few skirmishes of the oncoming war, and it works pretty well. You learn how to move your units around, how to change the path they're heading down, and how to use magical powers. 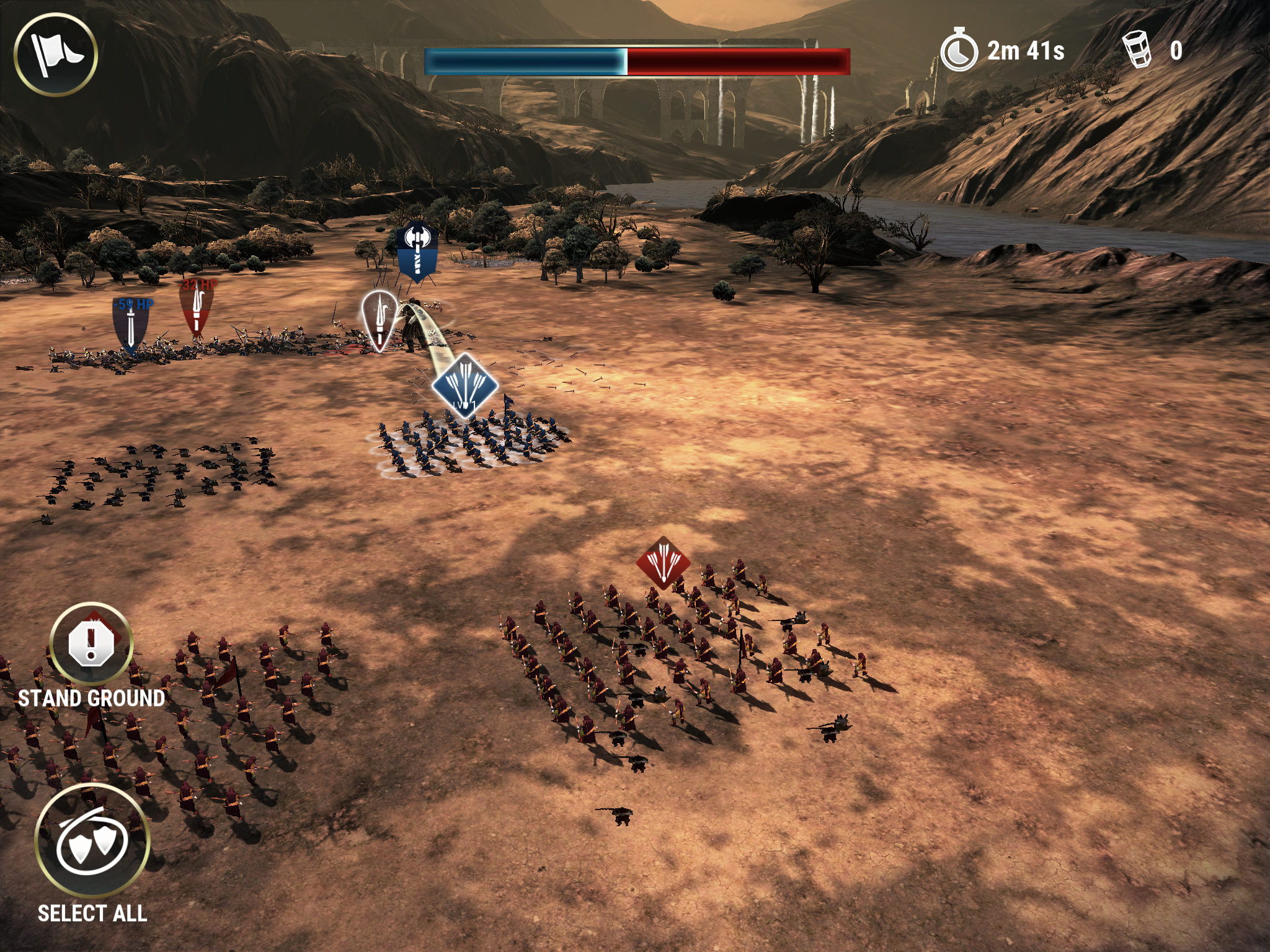 Everything is handled with taps and swipes, and it works really well. It gets a little more fiddly once the battle has started and everyone's essentially piled on, but there's a level of control here that doesn't exist in most other games of this sort.

Being able to tell your troops exactly where to go adds a frisson of strategy to proceedings. You can flank, you can send units that are strong against one type of foe into battle against them, and move around your starting formation to get the best battlefield positions.

In one level I essentially managed to set a trap, holding my troops back and luring the enemy into a choke point with my titan before swooping in with the rest of my army and peppering the bad guys with arrows.

And just being able to type that sentence about a midcore game like this is a huge step in the right direction. It makes you feel like you've actually got some sway over the outcome of a fight, rather than being battered down by the whims of numbers. 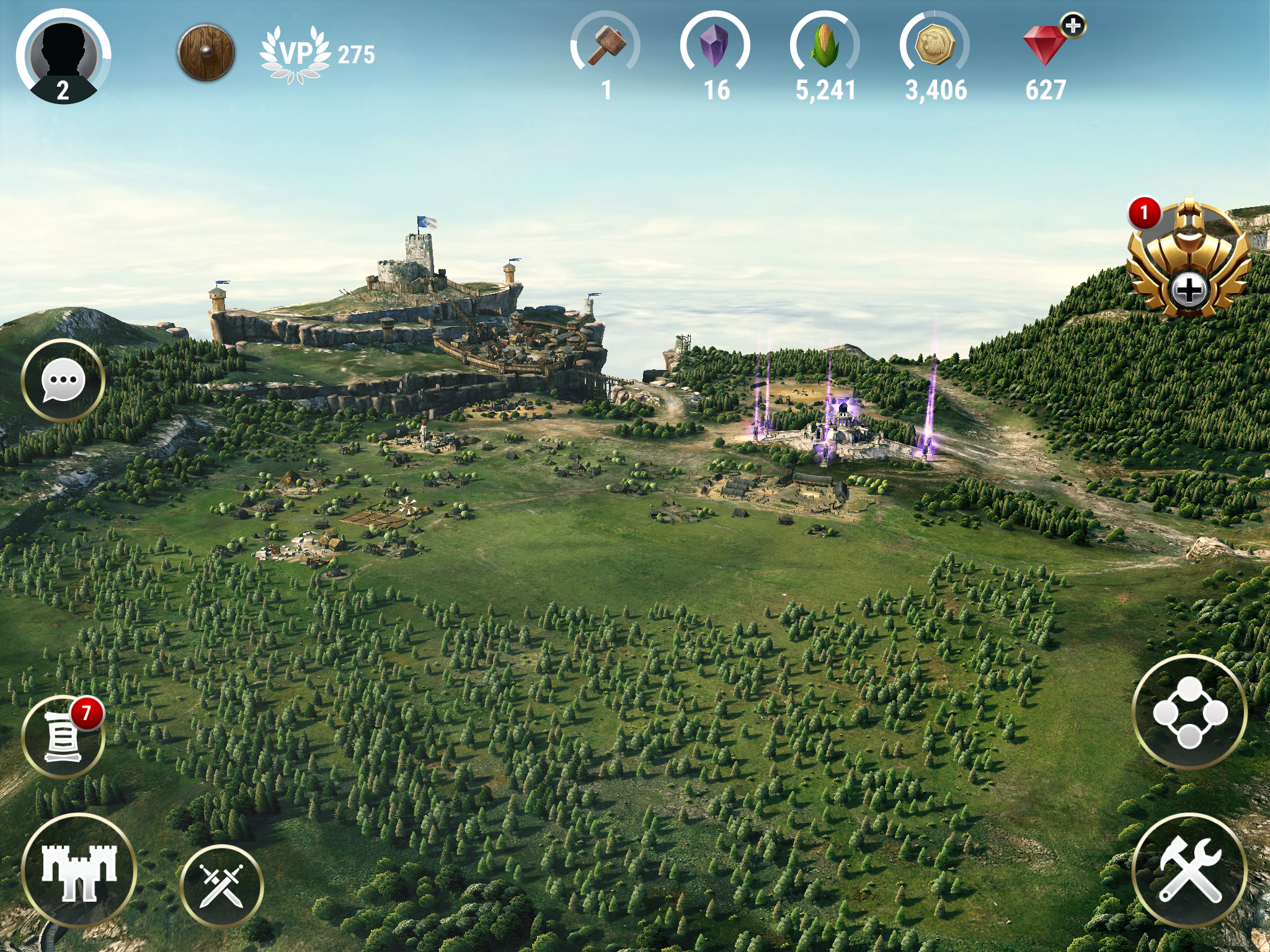 Of course the numbers are still important. And you're still building a variety of structures in order to make sure those numbers are going up as quickly as possible. But that framework seems more appealing when the battles themselves are quite this energetic.

You're usually pushed in the right direction when it comes to the things you need to build, and there's still that feeling that you're being funnelled down the same channel as everyone else at the start of things.

There are some other interesting twists here as well. You can destroy or capture places you raid. Capturing them costs more energy, but you then add them to your kingdom and they'll generate resources for you.

Dawn of Titans is a solid, close to brilliant package that threads old and new ideas together to create something that's likely to appeal to a massive variety of players.

It might not be a real RTS, but it's got more chops than other games in the genre. So give it a go, you might be nicely surprised.

A great mix of RTS and midcore strategy that's well worth some of your attention
By Harry Slater
| Dec 9, 2016 |
iOS
Find out more about Dawn of Titans

Switch tracks and avoid derails in arcade puzzler Conduct This