We saw a lot of impressive features at Google's keynote earlier as they unveiled their anticipated smart phone, Pixel. Alongside the phone however Google also unveiled their virtual reality headset, Google Daydream.

The nicest feature of the headset is actually its design. I know that's judging a book by its cover but by working with clothing designers to get everything right to the smallest detail, Google has gotten a leg-up on its competitors with one very simple thing – Daydream is made out of fabric. Comfortable, stretchy, and wearable, the main body is made out of foam and soft fabric with a hinged section where you place your phone. It also comes in three colours: Slate, Snow, and Crimson – though the last two will be added at a later date.

The headset weighs in at just 200 grams, making it lighter than the Gear VR and no doubt easier to wear in the long run. Daydream currently only works with Pixel and Pixel XL phones, but it's supposed to hold any phone that can be supported in the platform as hinges slid out to accommodate different device thicknesses.

The Daydream also comes with a little controller that's simply designed but very clever. The controller has a home button, a clickable trackpad, a menu button, and has sensors inside the remote which can roughly tell which direction you're pointing, allowing you to get more from your VR experience.

We were also shown a snippet of what we can do with Daydream View, including a very exciting announcement regarding Fantastic Beasts and Where to Find Them. The app puts you in the shoes of a witch or wizard and lets you wave your wand and cast spells to your heart's desire. They also demoed how Google's Street View (or sheep view) worked and introduced us to YouTube's absolutely awesome 360–degree video tours. That liopleurodon would have sent me running, even in VR.

The headsets will launch on the 20th October for $79 in America, as well as Germany, the UK, Australia, and Canada in November. 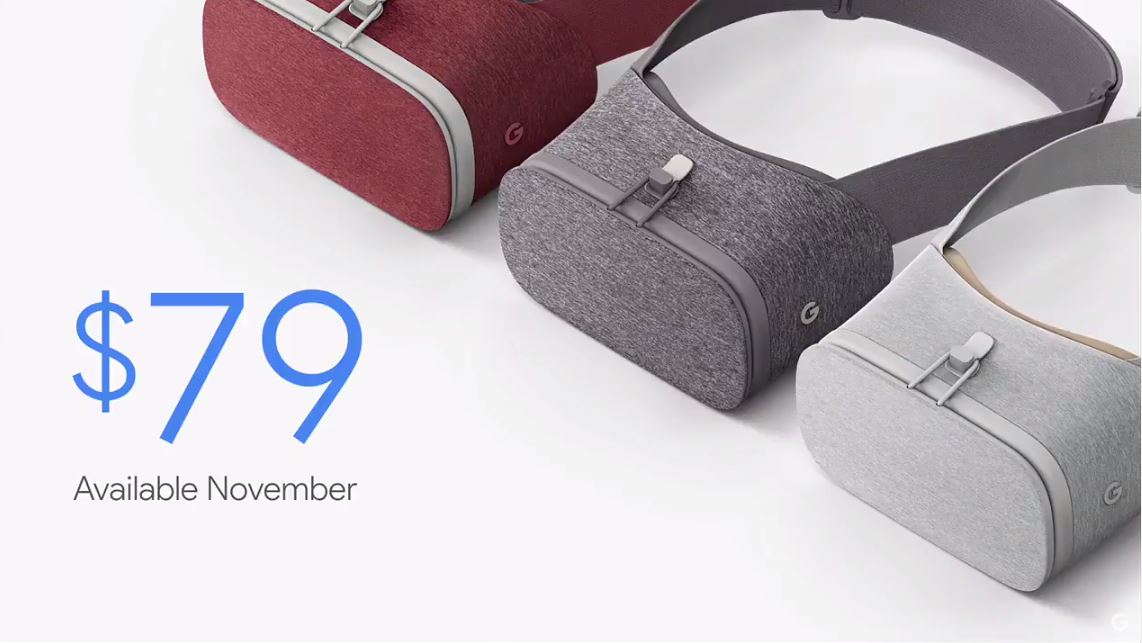