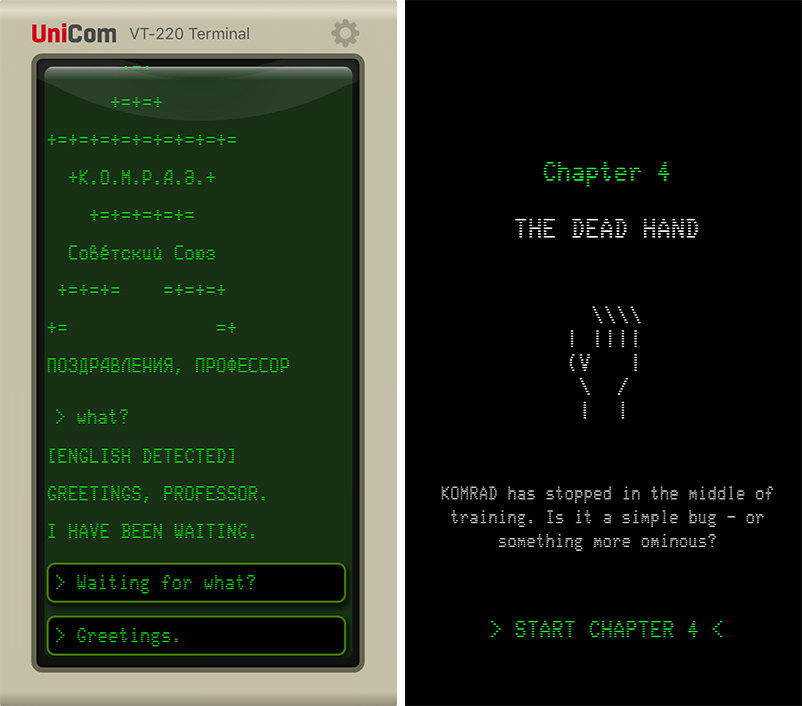 Built during the Cold War, a computer of advanced artificial intelligence has been waiting alone and in the dark for thirty years after the Soviets forgot to turn it off. Lucky you, you're the first person to interact with it since 1985 and the world's fate rests entirely in your hands.

With several chapters to get through and many opportunities to slip up, your answers are imperative to the world's survival. After all, when you're introduced to a self-learning super computer with access to all kinds of military secrets, it's best to take things a little delicately.

Take the right path and you've gained an all-powerful best bud of whom you can teach about the modern world. Take the wrong one and…well, you know how these sorts of things end.

The best gaming smartphones of 2016