All 27 games from the Big Indie Pitch at Gamescom 2016

As described in our previous articles, and probably from the mouths of the contestants themselves, The Big Indie Pitch is essentially the speed dating of the game world. Only, instead of going home with a lovely man or woman on your arm, the winner gets to take away an assortment of goodies worth blushing over.

So far The Big Indie Pitch has visited London, San Francisco, Bangalore, Vancouver, Berlin, Brighton, and now Cologne (with a whopping 28 contestants). It took place last week on the front end of Gamescom with sponsorship and prizes from the ever-incredible Amazon Appstore, including a Fire TV and controller – insert 'oooos' here.

Despite seeing a marvellous selection of games across actions, shooters, interactive fiction, puzzlers, and more, The BIP was eventually dominated by ATGames's Full of Stars as they took home the gold. The two runners up, STAY by Appnormals Team, and Corecraft by Retro Principles were well deserved of their wins. Below you can find the entire list of this year's entrants.

Having seen an increase in this 'interactive film' genre over the past year, games such as Press X Not To Die and The Bunker among others now pave the way and show us how it's done.

LATE SHIFT is an excellent example of this as it carries you through a cinematic experience and gives you a time-limited chance to pick what decision the character will make.

Full of Stars by ATGames

Our well-deserved winners at ATGames made a ringer with this one. Definitely deceiving on the outside as it disguises itself as an arcade game, Full of Stars has a deep, interactive story about survival. Check out our post here as we looked at the game more in depth.

Ghosts of Memories by Paplus Games

Ghosts of Memories is a premium adventure/puzzler title that has a look about it which reminds us of Monument Valley.

An intriguing puzzler built around a pair of twins looking for their parents. The catch of the game is that both the figures move simultaneously, so you've got to think your way around the puzzles to get both of them into the end points.

Build your Game by Struckd AG

Available now on the App Store and Google Play free-to-play.

Available in October 2016 on VR mobile.

In Chick 'n' Charge you play as a begrudged soul firing on a swarm of incoming, and angry-looking, chicks. In VR their creepily-slow pace is unsettling in the best way until the chicks surpass your line of sight and nuzzle you to death.

Planes Control is a game about guiding your plane to a safe landing...whilst also avoiding and taking out enemy aircrafts. You've got 40 aircrafts, 12 levels, and a ton of enemies (including aliens) to enjoy in this simple game.

Lethe is a hybrid game that brings music and story together in a series of striking visuals.

Dungeon Rushers employs everything we love about old-school RPG mixed with a cool tile/puzzle-like flare. Check out our article here where we get a closer look at the game.

Available now on the App Store. 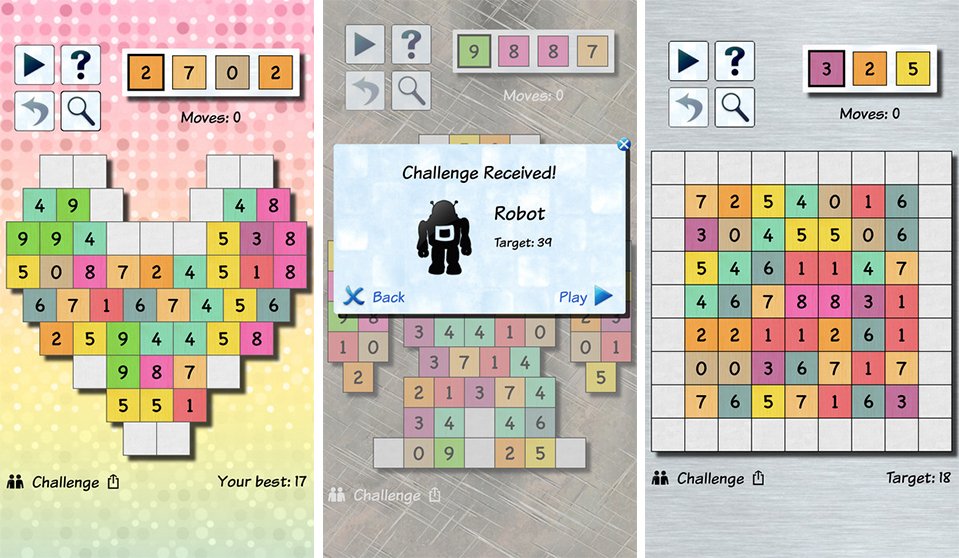 As the name might suggest, Sum Fun is a game about maths. In order to beat the level (and your competitors) you have to go about the board tactically - while training your memory and numeric skills as well. It's a win-win, really. Unless you lose.

Available September 2016 on iOS and Android. 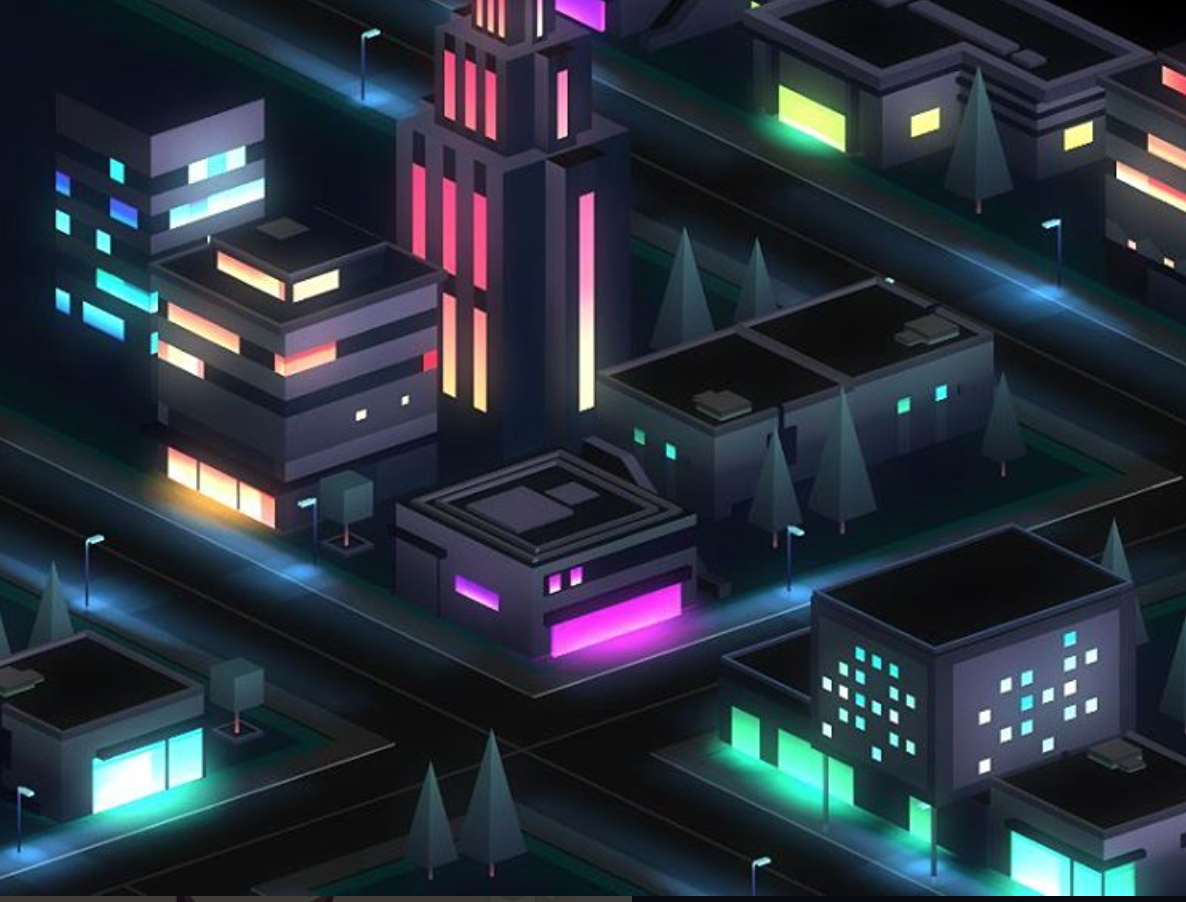 Zombie Colour Defenders is an action game in which you smash colourful zombies endlessly.

Available November 2016 on iOS and Android.

Available now on the App Store.

It's a lovely game with a nice art style that lets you participate in multiple sporting events. Though it wasn't the biggest hit at the pitch, Fiete Sports is a wonderful title for children. Also, according to their most recent Facebook post they've got more levels in the making so it won't be the last we hear of it, I'm sure.

Available this later this summer (2016). 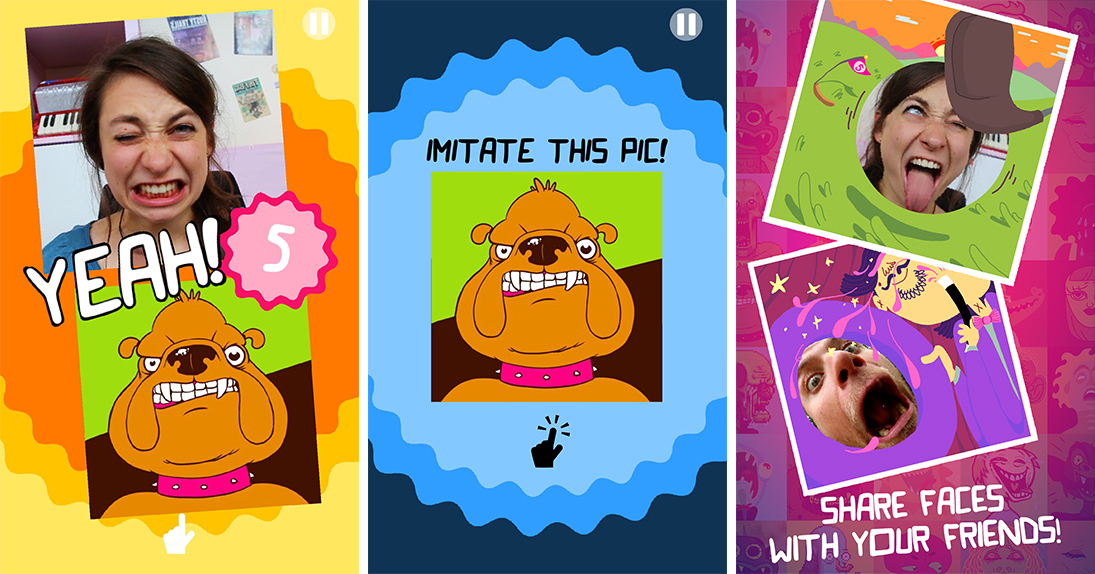 As you can see from the pictures above it's a game with no shame, and it's better that way. When playing, you'll be given a picture and have to imitate the face as best as you can. Using your beautiful photo, your partner then has to choose between cartoon faces which picture is the correct one.

Corecraft is a retro arcade shooter that allows you to build your own tiny, pixel spaceship. That's not all, you can also upgrade weapons and be dazzled by a colourful onslaught that you can read about here in our runners-up post.

Treple is a number puzzler about addition and subtraction. Admittedly it looks complicated on the outside but once you get the hang of it, it's a very endearing puzzler perfect for quick session of brain training.

STAY is an intriguing point-and-click adventure game about a man who becomes trapped somehow in a room. All he has is a chair, a desk, a computer, and you to keep him company. Again, as one of our deserved runners up, check out that wily character, Oscar Dayus', article here. 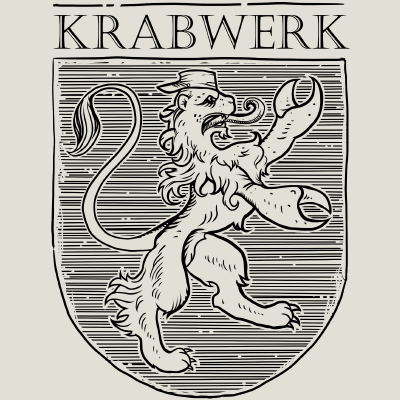 Sorry to disappoint but there's little information we can provide about this new title (as it hasn't actually been announced yet). But, get ready for it. It's gonna be good.

Elipsis is a simple game with a beautiful, neon design. Using a single-touch mechanic, you guide your pointer into each of the designated patterns to open the gateway into your next level.

Currently in soft launch, WordPATH will be available sometime in the next couple of months on iOS, Android, PC, and online. 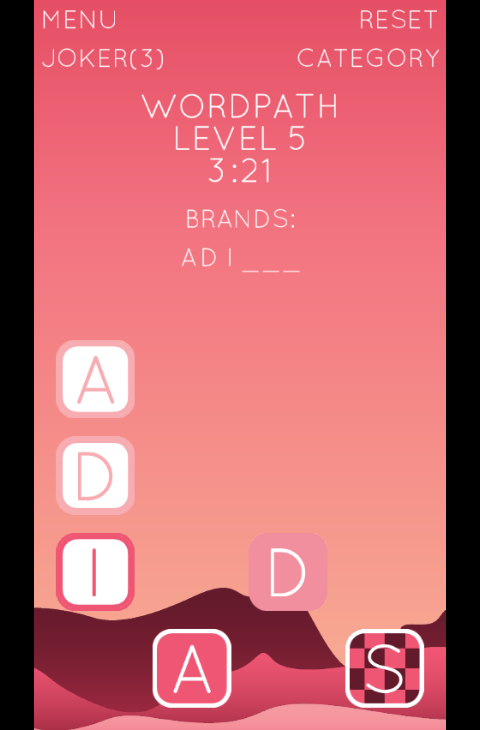 WordPATH is a very simple little game about making the correct word from a selection of letters. You have to do them in a specific order, but you're also given a clue as to what the word is based around.

I'd be surprised if you hadn't seen news of this one going around the internet recently. Huntdown is a retro side-scrolling platformer/shooter coming to pretty much everything early next year. If you took Terminator and Robocop and they had a weird, totally impossible baby - this would be it.

From the developers of tap a gap, Trypomouse is a game about tapping holes away from a cheese wheel so a mouse with trypophobia can eat.

Whether this game will ever see the light of day, I'm not sure. At the Big Indie Pitch Trypomouse was only eight days old so it'll be interesting to see what happens with it from now.

Available 'sometime in the next couple of months'.

With the recent Pokemon GO epidemic, of course we'd get at least one game inspired by Niantic's popular app. As the title suggests, Treasure Hunt GO works around finding hidden treasure in the world around you. 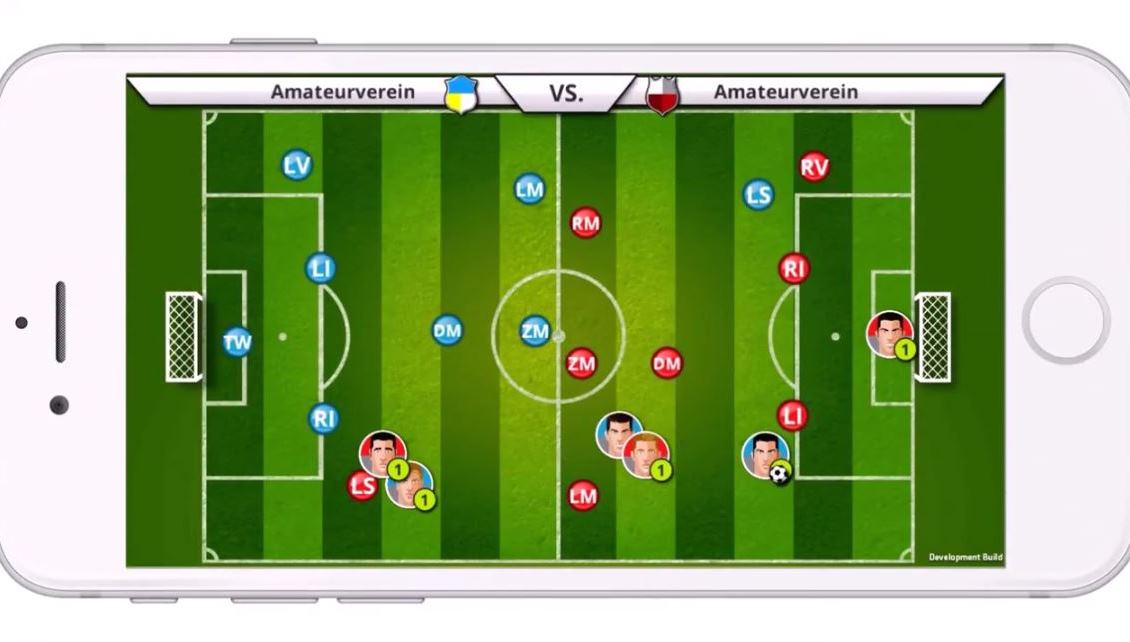 Entirely strategy-based, Football Empire is a simulation game about managing your players on a more intimate level. In other words, every element affects your player's performance, be it game strategy, training, or their girlfriends - you've got to do whatever you can to come out on top.

SwapBots by Draw and Code

The long and short of SwapBots is that they're collectable and customisable toys brought to life by your smart phone or tablet using augmented reality. Sounds verrryyyy futuristic, eh? Find out more about them here.

Golf vs. Evil by Triband

No specific date set for its release just yet.

Golf vs. Evil is a partly-finished golf game with RPG elements. I know, it's a weird combination...but it's like bacon and maple syrup, or grapes and balsamic vinegar; it just works. The idea is that it's like putt-putt mixed with Dark Souls. Putt-putt is a dangerous affair on its own, but mixed with the insta-kill nature of Dark Souls, things get deadly. 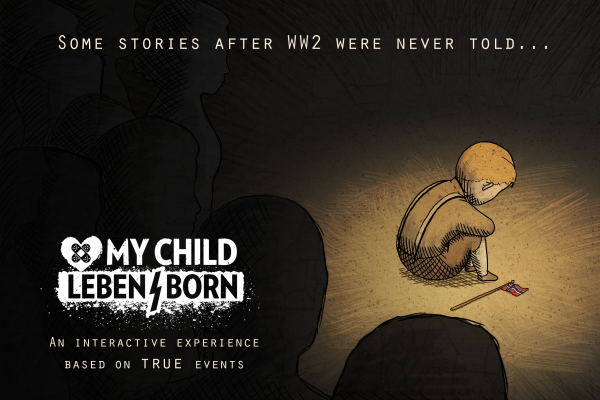 During the second World War, 12,000 children were born to German soldiers and Norwegian mothers. After the war ended their children were a constant reminder and as such were shunned by society. My Child Lebens Born lets you step into the shoes of one of these children's caretakers and your actions affect how the game progresses. Will you be totally honest with your child? Or will you try and protect them from a harsh world?

If you're a developer with a game in progress, why not enter our next Big Indie Pitch? It'll take place in Helsinki at Pocket Gamer Connects in September, and there'll be prizes as well as a chance to get valuable feedback on your project.