Like its predecessor, Phoenix II suggests bruised, defeated space invaders spent a few decades brushing up on bullet-hell shooters. Across a series of waves, they bob about, raining slowly-moving bullet-shaped death on your reckless self. (Reckless because, once again, a lone idiot in a spaceship is facing off against endless hordes of aggressors.)

As in previous Phoenix games, you drag a finger to move your ship, which automatically fires. Extra weapons and defensive measures are deployed by tapping the screen with a second finger (if you're a masochist, you can alternatively use 3D Touch on an iPhone 6s), or by temporarily lifting your finger from the screen, leaving you open to getting horribly killed.

However, Phoenix II's dance of death, weaving through curtains of floaty red projectiles and occasional laser beams, differs from earlier titles in key ways. Whereas Phoenix HD had you face off against endless procedurally generated waves, Phoenix II is all about daily challenges. 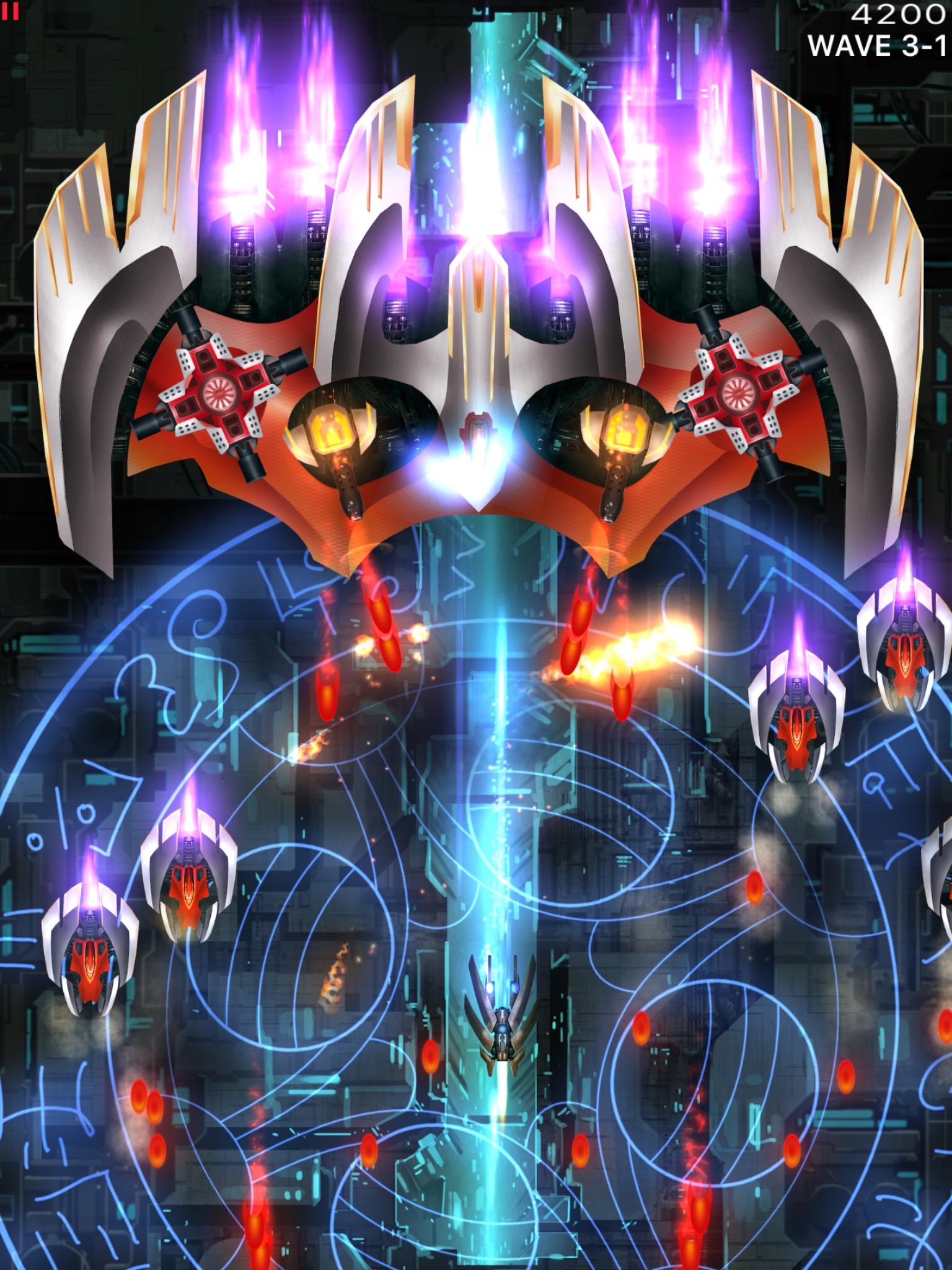 Every 24 hours, you get a set mission of defined waves. You can also create or join a community for an additional mission. High scores are therefore fleeting. So too are the games, because Phoenix II dramatically reduces your chances of survival - one hit to your ship's core and it abruptly explodes. Game over.

This is counter-intuitively both Phoenix II's smartest differentiator and also its weakest link. Your ship's fragile nature forces you to memorise waves and strategise when best to use shields. But it's immensely frustrating when you, for the umpteenth time, find yourself 13 waves into a 20-wave mission and get obliterated by a wall of bullets you've little chance of surviving.

In a sense, this is a Super Hexagon or Flappy Bird take on vertical shooters, designed for quick repeat mobile play. Longevity mostly arrives from returning for each day's bout, in part to scoop up ship-upgrade credits bestowed for blasting your way through new waves.

The end result is a frequently exhilarating game, with more focus than its forebear, but that could have done with being a touch more forgiving when you’re in the thick of it.

A shiny shooter offering bite-sized varied daily play, but that's a bit too brutal regarding instadeath
By Craig Grannell
| Jul 29, 2016 |
iOS
Find out more about Phoenix 2