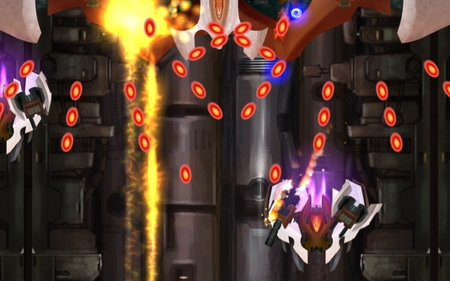 Phoenix 2 - the sequel, announced this week - looks even better. There are even glitzier explosions, more impressive fireworks, and the ships are even bigger and more detailed.

This is another procedurally-generated bullet hell shmup where you weave through waves of bullets while automatically spilling rockets at enemy spaceships. There are boss battles and complex bullet waves and loads of cannon fodder foes. 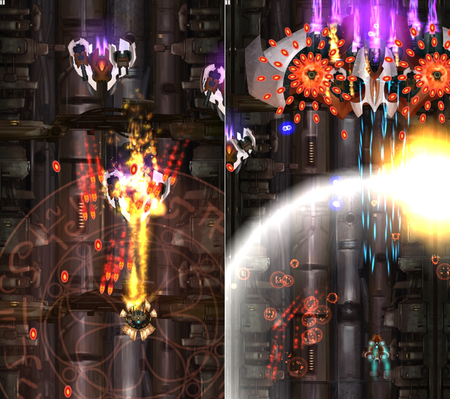 Phoenix 2 will have a daily challenge mode - the current in-thing for indie games - where all players get the same layout for one day and can compete against each other for the highest score.

Plus, a new ship is unlocked to play with each and every day. Come back tomorrow and you'll have a different fighter to try out. And each of the jets can be upgraded, and comes with a special ability.

The one I used lets you draw in nearby pick-ups by letting your finger off the screen. As you repeat this, you'll eventually be able to tap with another finger to release an EMP blast that takes out enemy bullets and ships.

Phoenix is still the best bullet hell shmup not made in Japan (try The Netherlands) and this upcoming sequel is just as much fun, and just as manic to keep track of. Expect it sometime later this year.