Long may it reign

King's Empire is a massively multiplayer mobile simulation game that challenges you to team up with millions of players from around the world and dominate your opponents.

Before you achieve all that you'll have to build up your own kingdom and establish yourself as a great king by gathering resources, upgrading your buildings, and recruiting a powerful army.

King's Empire launched just under four years ago on iOS and Android, and has amassed over 14 million global players since.

To celebrate the upcoming fourth anniversary, we reached out to Wesker Wu, Vice President at Tap4Fun, to talk about how King's Empire sets itself apart from the competition, the challenges faced during development, and what's in store for the future.

What do you think King's Empire offers that you can’t get from any other title on the App Store?

Wesker: "King’s Empire not only includes elements of simulation games, but also RTSs and RPGs. For example, we have over 50 different kinds of templars, and you can outfit them with a variety of equipment to transform them into any other type of advanced soldier.

"We've also tried to give you a ton of different things to do, like Exploration Sanctuary, where you can pick up lots of resources and use them to arm your heroes or develop your kingdom, or King's Trial, where you can strategically lead your army to fight with demons.

"Thirdly, we have a fantastic community on Facebook, where loads of different players from around the world discuss King's Empire." 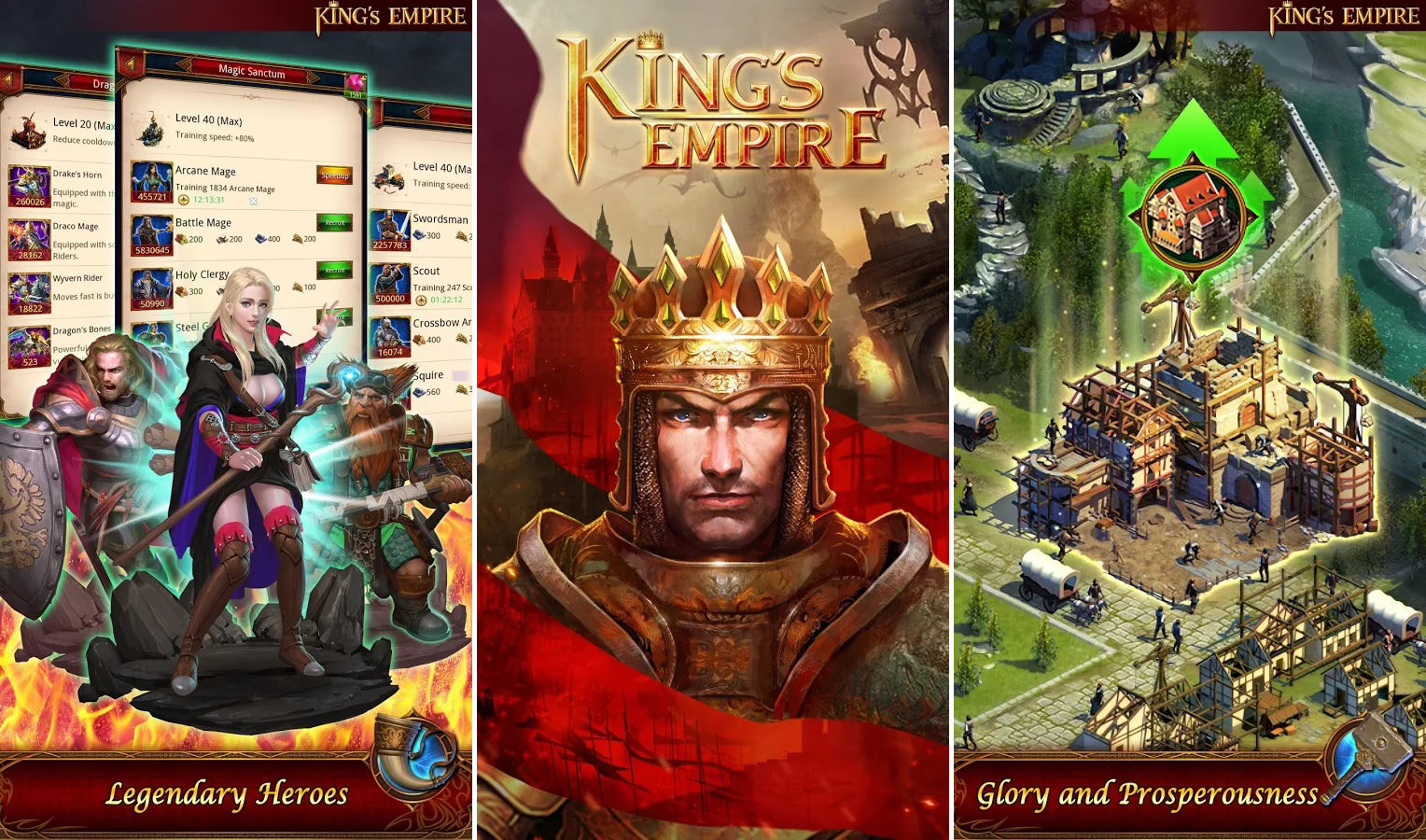 Wesker: "We discovered early on that there are lots of mobile games with a similar medieval warfare theme to ours, so the competition is quite fierce. Figuring out how to attract an audience to our game instead of theirs was our initial concern.

"We also didn’t have much technical experience at the time - King's Empire is only the second game we've developed. As a result, there were lots of bugs to fix and other technical issues.

"The final challenge was the launch itself. As a young mobile game developer, we didn't really know how to find the right audience.

"To tackle these issues, we hired experienced technicians and got a lot of valuable feedback from players about bugs and the general gameplay.

"Our media friends helped us to understand how the App store and Google Play operates so we could better promote King's Empire."

Which part of King's Empire are you personally the most proud of and why?

"I'm proud of the fact that, as a Chinese developer, we've created a mobile game based on European medieval warfare that's remained popular for almost four years. I don’t think there is any other Chinese company that could have achieved the same thing.

"I also think it's great that you can play in the same server in real time with friends from across the globe. Our community is great. 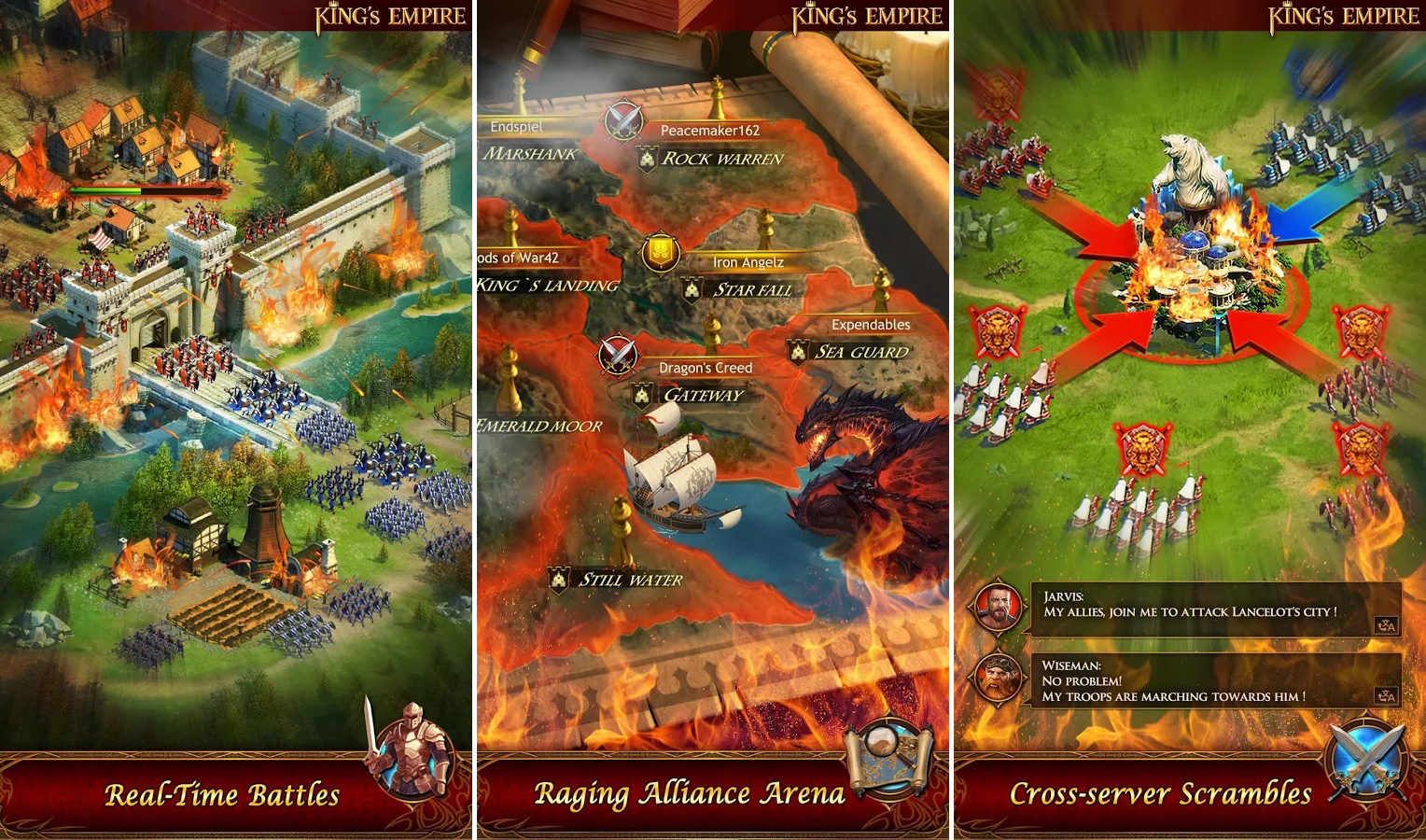 Do you have anything planned in terms of future updates for King's Empire and, if so, can you give us any details of what these might include?

"We've recently added some cool new features like dragon battles, where you can get new rewards like dragonite. There's also a bunch of new heroes and equipment, as well as a week-long competition for your heroes to compete in.

"In terms of cities, we've added the "castle in the sky", a brand new city filled with new buildings where you can produce your own rare materials and promote units to epic status.

"We're not done there though. We plan to add an eleventh hero which has its own unique skills and appearance, as well as 50 new pieces of equipment.

"We also want to add expedition battlefields which is cross-server and lets all players from over 50 servers battle it out in intense wars amongst three different factions in real time."

"After all, our company's vision is to create great games that we are proud to recommend to our friends and families. King's Empire is a such game."