To celebrate, Tap4Fun is hosting several in-game events throughout February to thank King’s Empire’s most loyal players for sticking with the game since its launch back in February 2012.

The timeline poster lists the events that are incoming and the date that they start, kicking off with a heroes show-off that’s been happening since the beginning of February.

Between February 11th and 13th there’ll be a big boss battle for all of the players to get involved in but from the 12th onwards the real celebrations will begin.

Tap4Fun is keeping quiet about full details but fans of the game are sure to want to login to see what’s in store.

Also starting on the 12th is the Valentine’s Day event which is the perfect opportunity to get your other half playing the game with you.

King’s Empire is a free to play online strategy game in which you take control of city states and villages to build the biggest empire. 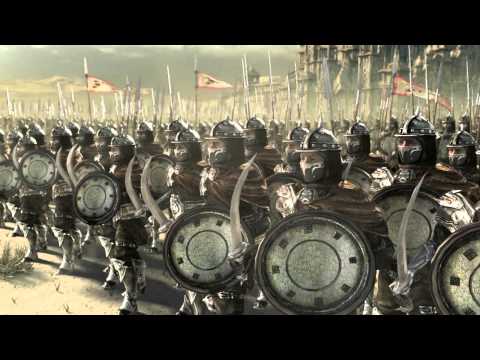 Heroes and units can be customised to match your playstyle and dark magic can be cast to further strengthen your soldiers.

If you’re yet to play King’s Empire, now is the perfect time to start.

Get involved in all of the fun in-game events by heading over to the App Store [download] and Google Play [download] to get King’s Empire for free.

This article is sponsored as part of Steel Media Preferred Partners.
What's A Preferred Partner Feature?
From time to time Steel Media offers companies and organisations the opportunity to partner with us on specially commissioned articles on subjects we think are of interest to our readers. For more information about how we work with commercial partners, please read our Sponsorship Editorial Independence Policy.
If you're interested in becoming a Preferred Partner please click here.
Next Up :
SAMURAI X - X-Sword Style, a brand new 2D action platformer, launches today