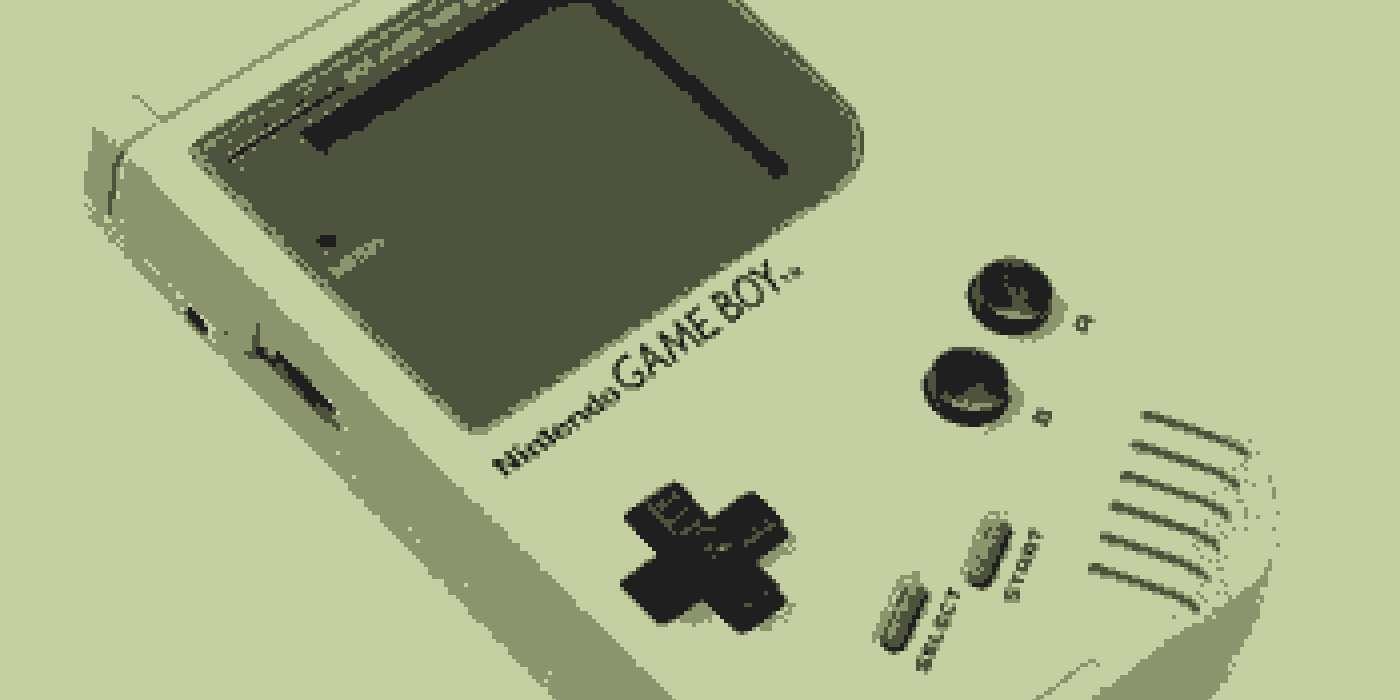 Nintendo's black-and-white boy wonder, the Game Boy, turns 25 years old today. A quarter of a decade since link cables, double A batteries, contrast sliders, and rooting for your favourite of the screen's four colours.

It's a device that defined many childhoods. No in-app purchases, no energy systems, and a battery life that would outlast many small rodents. Hazy summer afternoons trading Pokemon and exploring Koholint Island.

But what are your favourite memories of the handheld hero? Chuck em in the comments. And below, you'll find treasured memories from the staff of PG.

As a lifelong fan of Mr Bond, I begged and pleaded for weeks to get my hands on James Bond 007 for the GameBoy. I'm not sure what I expected, but a Bond themed Legend of Zelda wasn't it.

The British super-spy snuck onto the gameboy as one of the very last games to be released for the console, and has Bond doing battle with classic antagonists Jaws and Oddjob while also gambling, shooting and doing karate.

The game is impressive because it managed to include a campy James Bond plot with robots, chinese martial artists and rocket launchers - without feeling rushed or boring.

My first game console was a Korean Game Boy a family friend gave me back when I was five or so. The games were Super Mario Land, Tetris, Nemesis, and all-time classic Bill & Ted's Excellent Game Boy Adventure.

I used to be inseparable from my Game Boy, constantly getting neck ache from hunching over in a gaming stoop. My carrying case (a blue toiletry bag) eventually filled up with more and more games.

Super Mario Land 2 blew me away compared to the first. Big, juicy sprites loaded with character, great powerups like Bunny Mario, and a world map that inspired me to make over a dozen fanzines for myself, loaded with Mario maps and mazes.

I first played Pokémon on a Chinese multicart, well before the craze hit western shores. A friend and I bought the same cartridge, so we'd trade Pokémon in the playground via link cable, and work together to complete our Pokédexes.

I must have spent most of my childhood lost in that green and yellow Game Boy fuzz, and I have no regrets. I just wish more of the system's rich library was available on 3DS Virtual Console.

I'd just moved from Yorkshire to Somerset and was very sad until I heard this delightful music coming from my sister's Game Boy. I asked what she was playing and she let me have my first The Legend of Zelda experience with Link's Awakening DX. From that moment on my troubles were forgotten and I focused all of my attention on helping link save Koholint Island and trying to survive a Cucco apocalypse.

I did have a Game Boy at one point, when I was maybe 15 or 16. I swapped a Casio digital guitar for it. I seem to recall there was a not very good Batman game. I'm not sure whether I had any others, though I do remember playing a Mario game with headphones on a couple of years before that on my cousin's Game Boy in Thurso.

I got another Game Boy when I was about 21. I only played Tetris on this one. I was living far away from home, working as a joiner's assistant all day and becoming a slack-jawed Tetris savant in the evenings and weekends.

It wasn't my Game Boy, but when I gave up my job and headed back north I took it with me. It gathered dust in a box, and then one day it was gone. I suspect my little brother sold it or gave it away. He denied having done so, of course, but with an incriminating twinkle in his eye.

I have never forgiven him.

I'm 16, sat in the common room at college playing Pokemon Blue on a Game Boy Pocket. A friend got Pokemon Red. We're deep into the game, swapping critters with the link cable. But he pulls it out too early and wipes my save. Hours of hard graft disappear. Now you know why I drink.

I hated holidays to Winchelsea Beach as a kid. The traditional Willington family getaway, I would go there every year and have no other children to play with, and no activities were planned, and it would rain all day. And when it didn’t rain we would get sunburnt from not having put on sunscreen.

And in the evening we would go to the bingo hall, and pick at our burnt flesh, and I would get a headache from the clouds of cigarette smoke from the chimney-like OAPs counting out their days while trapped in Winchelsea “God’s Waiting Room” Beach.

My one refuge was my Game Boy. I had Top Rank Tennis for it. Its opening titles had huge sprites, and a catchy theme tune, and even recorded speech. The game itself played like an approachable simulation, and gave you a huge ladder of opponents to defeat on the way to rank one. I never did beat it, but every summer at Winchelsea Beach, I would try.

Simon - does ads, not sure why he's here

My first gaming system was the Game Boy, so it holds a special place in my heart – but so does the first title I ever played on it.

After thinking the Game Boy was broken out of the box (thanks contrast wheel) the screen brightened and there it was - the title screen for Donkey Kong Land 2.

A game that somehow managed to follow – but didn’t just copy – the successful recipe of its SNES big brother with superb music, varied level design, and a hugely rewarding difficulty curve. As far as introductions to gaming go, it wasn’t half bad.

Zelda? Mario? Tetris? Pokemon? Man, you guys stole all the best ones! I'll have to go with Wario Land - the tubby bizzaro-world Mario offered a different type of play, where you could charge into enemies, pick them up, and lob them around the level.

It had a catchy chip-tune soundtrack, inventive level design, and the torn label on my cartridge is a perfect metaphor for my childhood or something. I'm not good at this new school journalism stuff.