How to match for Mario

Puzzle & Dragons Z / Super Mario Bros. Edition is, besides being a mouthful to say, a match-three battle game from GungHo and Nintendo.

Though it's effectively two games in one, both sides of the adventure involve matching up identical gems in order to launch attacks at foes, who initiate their own attacks after a countdown expires.

The Puzzle & Dragons formula is very easy to learn, but it takes some time and practise to build up a team suitable for taking on high-level challenges. Here are some tips to help you be the best Dragon Tamer (and Super Mario) you can possibly be.

In the Puzzle & Dragons Z side of this game, you play as a young Dragon Tamer out to save the world from a dire threat (like you do). You do your thing with the aid of elemental monsters you hatch from eggs and build up through battle. 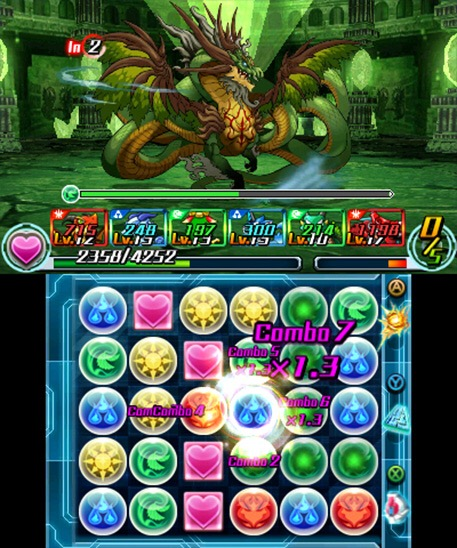 Check for new gifts at the Ranger HQ - There's a desk in Ranger HQ that lets you download gifts through a Wi-Fi connection. Check it out once in a while. You can get valuable stuff.

Pay close attention to a dungeon's "colours" before you enter - It's easy to miss, but before you enter a dungeon, you're usually offered a debriefing that contains information on enemies you can expect to encounter, and puzzle pieces you'll see.

A dungeon may be a "three-colour dungeon," or a "heartless dungeon" that doesn't offer heart gems to recharge with. Organize your party accordingly.

Talk to dad! - Your dad works in the shrine in the northeast corner of Zed City. Talk to him once a day to get your "allowance" – a daily rune that lets you challenge the shrine dungeons. Also, it's nice to keep in touch with your family. 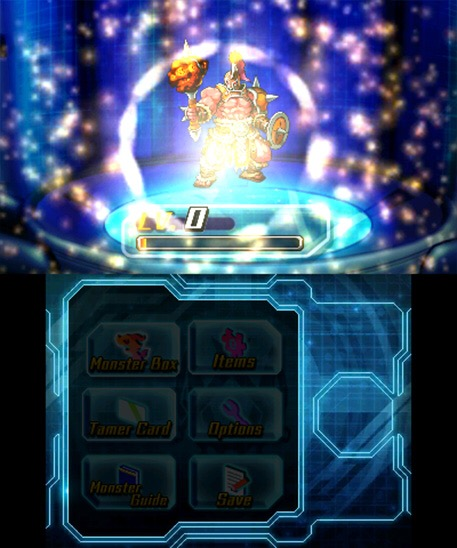 Some monsters have more than one evolution path - Many monsters don't evolve in a straight line. Check out your Monster Guide to see potential evolutionary paths for your pals. When using the evolution machine in Ranger HQ, tap L or R to switch between evolution options. Different evolutions require different materials, however.

Don't be afraid to change out your team leader - Team leaders have different skills. Don't hesitate to swap out if one monster's skill turns out to be more useful than your current leader's skill. 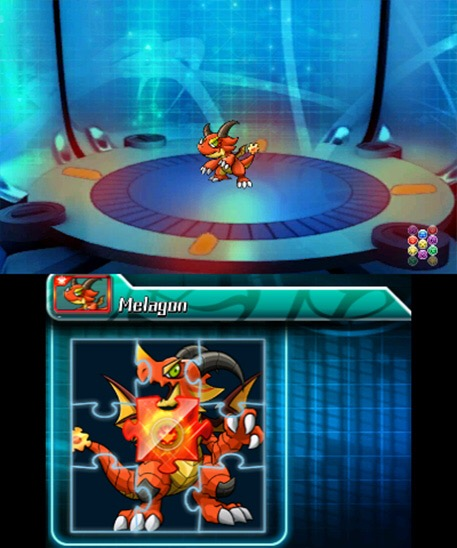 Use friends to fill out gaps in your offence - You're given the option to take an additional warrior ("Friend") into fights with you. Use this extra warrior to fill in elemental gaps missing from your team. They may have access to useful skills, too.

Analyze your options before you move - Puzzle & Dragons' counter doesn't start ticking down until you move a game piece. Take your time and study the game board to determine your best move before making it happen.

Diversity, your strength - Always take a diverse team with you in normal dungeons. However, it pays to add a little extra firepower if a dungeon ends with a big boss, and you know that boss's particular element.

For instance, the Wood Skydragon is weak against fire attacks, so consider taking a friend with a fire element in order to deliver that extra punch. Some dungeons focus on a single element, particularly the shrine dungeons. This is a rare occurrence, however. 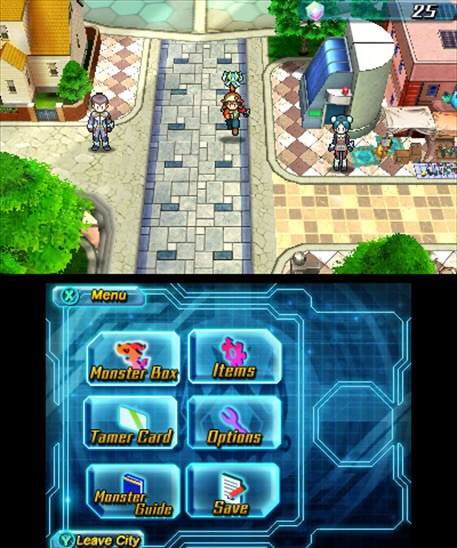 The secret to strong attacks: Combos - Exploiting elemental weaknesses is one way to win, but a more effective way is to build up combos by making matches of any element. If you're up against a water-based monster and you manage to charge up a ten-combo attack, you'll unleash some serious damage even if you only have one nature-based monster in your party.

Sometimes you'll come up against foes that only lose a single hit point per attack, no matter how strong your monsters are. High-count combos are the only thing that works against them, though sometimes Z-orb attacks cut through their defences as well.

Use skills generously - Don't forget your monsters have skills! Skills can really get you out of a corner when you find yourself in trouble. Skill points recharge relatively quickly, so don't be shy.

Many of the gameplay tips for Puzzle & Dragons Z carry over to Super Mario Bros. Edition, but there are some important strategical differences between the games. Here are some things to keep in mind. 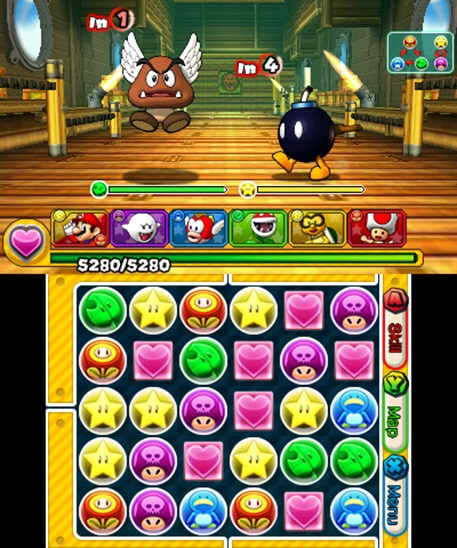 Beginners beware - Though the game says otherwise, the Super Mario Bros. Edition side of the game is surprisingly tough. Enemies hit harder, and drop upgrade materials less frequently. You might want to warm up with Puzzle & Dragons Z first.

Is an alternate path blocked? You may need to use a special skill - Some levels have alternate exits, but they may be seemingly impossible to reach because the game board doesn't have the elemental gems necessary to make the match that will take you down that road.

In these cases, take along a team member who can change orbs into the necessary element. To charge up the necessary skill quickly enough, place them in a small team so they get lots of chances to attack.

Double-elemental monsters have twice the strength - and twice the weaknesses - If you have a Paratroopa on your team who subscribes to the fire and light elements, he's susceptible to both water and darkness attacks. Moreover, element-specific status effects, like Light Bind, will affect him.
SEE COMMENTS