As Nintendo UK tweeted, they'll be available in Europe in July, so they're definitely legit.

That's more unusual than you might think. Other Wii U games don't have 3DS cover plates, so why does Splatoon?

The likely answer is simply that Nintendo figured that New 3DS owners would think these cover plates cool and want to buy them.

But perhaps there's more to it than that. Maybe Nintendo has something Splatoon-related planned for the New 3DS. 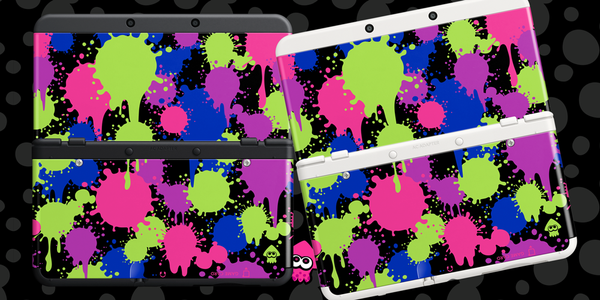 As Hardcore Gamer points out, there are Splatoon amiibos on the way, and the New 3DS can support them.

And if you think that Splatoon's online functionality might be a problem for the New 3DS, think again. We have online fights in Super Smash Bros. for 3DS, after all.

That said, it's unlikely that a game made specifically for Wii U would come to New 3DS.

But there's certainly a chance that Nintendo would want to expand the franchise on its new handheld console. Even if it's a mini-game or something special with the amiibos.