An interview with ROBLOX: Building your own games and the 'democratisation' of development

One of the great trends in gaming in recent years has been the opening up of development.

Where before you needed to learn reams of specialist code to build something even vaguely playable, nowadays there are platforms that let anyone create something from scratch.

ROBLOX is one such platform. It's a free program for PC or Mac that lets you build and distribute your own games. Not just to home computers, but to mobile players as well.

On top of that you can monetise your game, earning a bit of cash on the side if it’s successful enough.

The platform has been running since 2005, and has more than 60 million registered users, which means anything you make could well find a massive audience. Or it could get lost in a massive pile of millions of other games.

After I wrote a piece about someone making a working iPhone in Minecraft, the team at ROBLOX got in touch. So I asked them some questions, and this is what they had to say.

If you decide to make a game using the platform, or you already have, let us know in the comments below. We'd love to see what you've been working on. 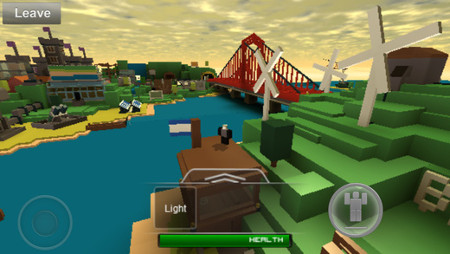 Pocket Gamer: First up could you tell me a bit about what ROBLOX is and what it does?

ROBLOX: ROBLOX is a game creation and sharing platform, where people both play games made by the community and bring their own game ideas to life.

No other development platform offers such robust technology coupled with an audience of millions of gamers - for example, you could conceivably build a fully functional multiplayer game, publish it to our cloud of game servers, and have thousands of people playing it on desktop and mobile within hours.

What was your inspiration while you were making the program?

ROBLOX has its roots in physics. When the founders of ROBLOX noticed people making games using their own physics simulation software several years ago, the idea for ROBLOX started to take shape.

Fast forward to 2014, and builders and game developers are using our platform to create imaginative worlds, social hangouts, multiplayer games, and more, all powered by our physics engine and contained within a huge shared virtual space.

We give our players complete creative freedom and a powerful toolbox, and let them become the game makers. 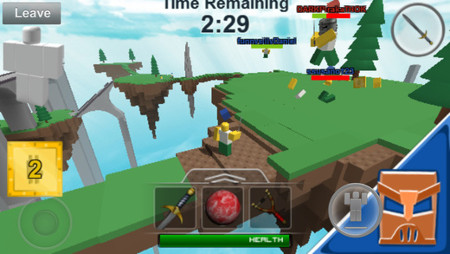 How does the mobile version differ from the desktop version?

The mobile version of ROBLOX caters to gamers who want to play on the go. It allows mobile players to access the millions of user-created ROBLOX games on iOS and Android (in servers shared with players across any supported platform), as well as shop our catalog of virtual items, customize their characters, exchange messages, and more.

Currently, our development environment, ROBLOX Studio, is a PC and Mac application, but developers can emulate mobile devices and publish to all supported platforms with a single click.

Why do you think there's a larger market for more creative products and games now?

Games don't have to be big-budget, cinematic experiences that resemble movies to be successful.

In fact, we're seeing more and more game studios and publishers embrace user-generated content because it lets players create, contribute, and share in their favourite worlds, while also lengthening the lifespan of the games in which it’s a feature.

Microsoft's acquisition of Mojang is a clear sign that the industry is beginning to recognize the power of players as creators.

Game development was once a professionals-only activity hidden behind a seemingly impenetrable wall for everyone else. Today, technology has democratised game development, and ROBLOX is leading that charge.

We take care of server hosting, multiplayer connectivity, game networking, and publishing, so developers can focus on building a great game and get it in front of gamers fast.

Could you explain a bit about the ROBLOX Developer Exchange Program?

They also receive a small amount every time a player visits their game. Once they reach the 100,000-ROBUX threshold, they can make the conversion.

We've now paid more than $800,000 to developers, with some earning more than $20,000 per month and paying for education, cars, better development hardware, and more. 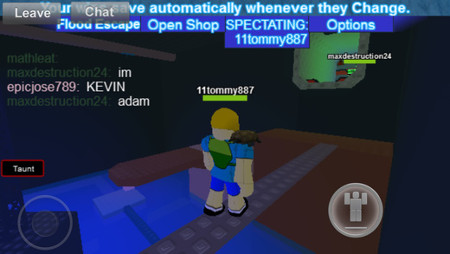 What's your best tip for someone who wants to use ROBLOX to make a game?

Learn the market and be patient. Start by browsing popular games to see kinds of genres and gameplay the gamer community finds interesting.

Then, with that understanding, come up with a simple game idea that you, too, would find entertaining and have the knowledge to create.

Your first game might not be great, but gathering experience by doing is the best way to get to the top.

Want more? Check out our growing collection of ROBLOX articles!