US and Canada get it on October 14th

Sony has announced that PlayStation TV will be coming to Europe on November 14th. The US and Canada gets it a month beforehand on October 14th.

PlayStation TV is a little device that lets you stream your Vita game (and PSP and other PlayStation classics) directly to your television.

It doesn't work with games that require the Vita's touch screen to work, mind.

You can also stream PS3 and PS4 games to other HD TVs in the house with PlayStation TV. 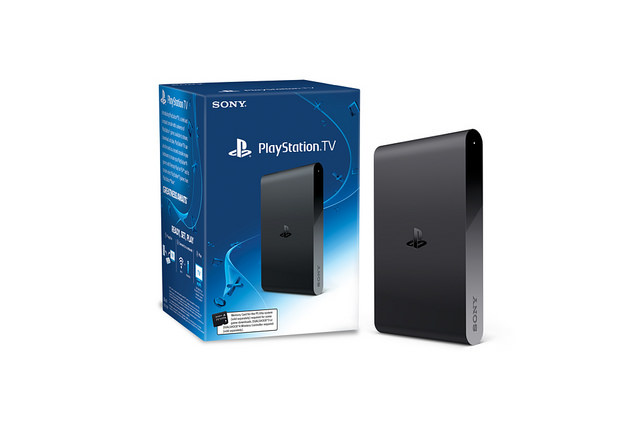 It'll cost £84.99 / €99.99 in the UK and Europe respectively, and that price includes a voucher for Worms Revolution Extreme, Velocity Ultra, and OlliOlli. It also comes with 1GB of built-in storage.

The one catch is that you need a DualShock 3 or DualShock 4 controller (usually included with PS3s and PS4s) to play games streamed with PlayStation TV. If you don't have one, you'll have to buy one separately.

In the US and Canada the PlayStation TV will sell for $99.99.

However, there will also be a $139.99 bundle that includes PlayStation TV, a wireless DualShock controller, an 8GB memory card, and The LEGO Movie Videogame.

The same bundle will be on sell in Walmart for a limited time but is even better value as it also includes the Silver Award-winning Sly Cooper: Thieves in Time.

You can see a list of PlayStation TV compatible games for Europe on the EU PlayStation blog.

Over 700 games will be compatible with the PlayStation TV in the US and Canada when it arrives next month. You can see a list on the US PlayStation blog.

PlayStation TV is now available in Europe, lets you play Vita games on the big screen

Gamescom '14: PlayStation TV is coming to Europe and the US in 2014, with three freebies