Cubus Games is bringing out its next "gamebook" Heavy Metal Thunder for iOS on September 3rd.

It's about trying to fight back against the technologically advanced and hyper-militaristic alien race that just wiped out the majority of humanity. Yeah, good luck with that.

So, Heavy Metal Thunder is the kind of deathly sci-fi that you'll enjoy if you liked Dead Space or the frightening moments of desperation in Gravity.

It starts off you alone in space. Everyone else on the space ships around you seem to be dead, you're groggy, and you're running out of air fast. Brill.

Survival is your first port of call, then. As such, you'll read through the text that explains the situation and your options, and then have to make a choice. 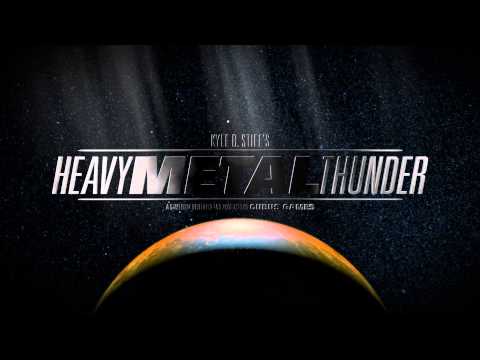 Do you try to force the stuck door open with force, or try the other side of the corridor? As you have little air left in your tank, this first decision is one of life and death.

Naturally, I picked the wrong choice and ended up dying. Great: two minutes into this game and I've died already. That's the kind of gamebook that Heavy Metal Thunder is.

If you enjoy descriptive passages of text that drip with grimness, or have played Cubus's The Sinister Playground, then Heavy Metal Thunder should be for you.

As said, you'll be able to pick it up on September 3rd for iOS. There's some more information available on its website.

Heavy Metal Thunder, a grim game book filled with deadly choices, is out right now for iPhone and iPad