If you didn't know, today is International Cat Day, also known as: the best of days.

Yep, that's all the excuse I need to celebrate my favourite felines in gaming.

I love cats for many reasons. Cuddles, purring, and their jumping ability are certainly at the top. But they can also be little devils that knock things off shelves and bring dead mice into your home.

This dual personality - the lovely and the naughty - has become an attractive trait to have in games. Cats are inherently cute, but they also use this to their advantage when up to mischief.

Expect to see some of these catty traits in the video game cats below. Let's get to it... 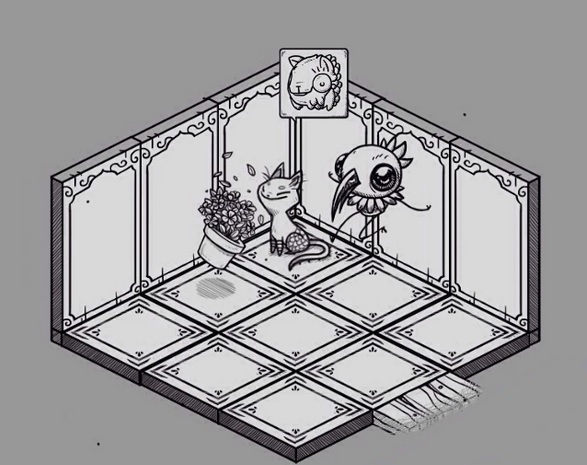 The cats in Oquonie are as tricky as the maze-like puzzler itself.

Your task is to find them by changing between various animal forms in order to move through different worlds. If you find all of the cats you're rewarded with the ability to become a fish, which is much better than you'd think.

However, it's not as easy as that makes it seem. The cats seem to know how difficult they're being, too. Just look at that grin. 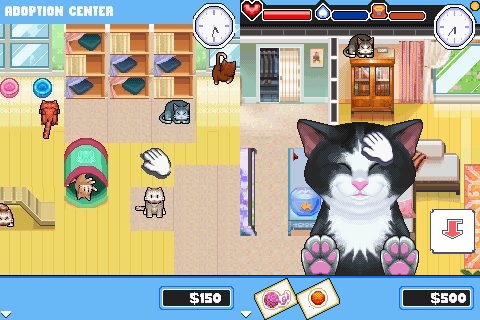 Catz had to be in here. It would be a crime if it wasn't.

Gameloft's 2007 pet cat sim was as lovely as you'd hope. You adopt a kitten, pet it, buy toys for it, and even play hide-and-seek with it.

Just watching your cat tumble around the furniture is enough to get you to "aww". Don't even get me started on it pawing at the screen for a stroke - I can't resist.

Catz has some of the best virtual cats you'll find in game. They're as adorable and mischievous as they should be. 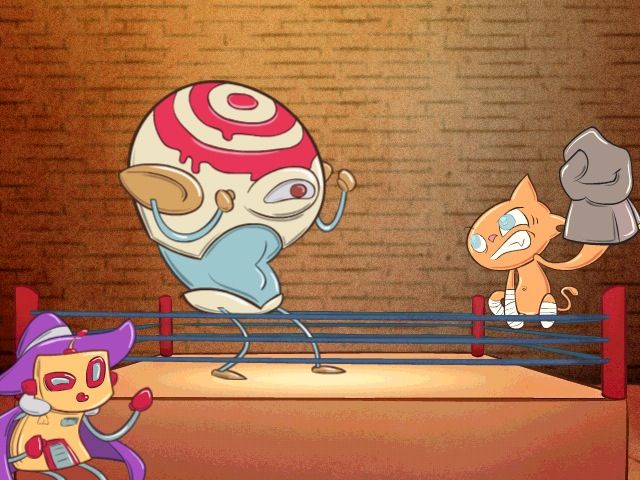 How often do you get to play a cat with a giant boxing glove? Not often, let me tell you.

ZEZ might be a match-3 puzzler, but its unique characters and boisterous attitude make it worth playing.

The best bit is when you fly down fist first towards your opponent in the boxing ring from thousands of metres in the air. You travel so fast that your paw ignites, just before you land a punch with a meteoric force. MeOW. 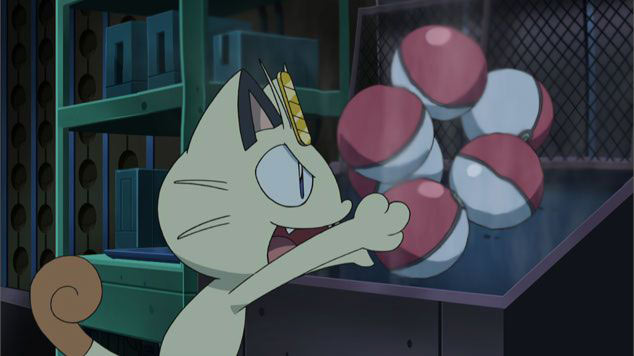 Meowth has always represented the naughty side of being a cat in the Pokémon TV series. Well, "naughty" may be being a bit too kind there.

That's why, upon finding a Meowth in a Pokémon game, I tend to immediately want to defeat it.

In fact, out of all the cats in this list, Meowth may be the only one I wouldn't want as a pet, ever. Still, Meowth is a memorable character, and one that has always reminded us of how adorably vicious cats can be. 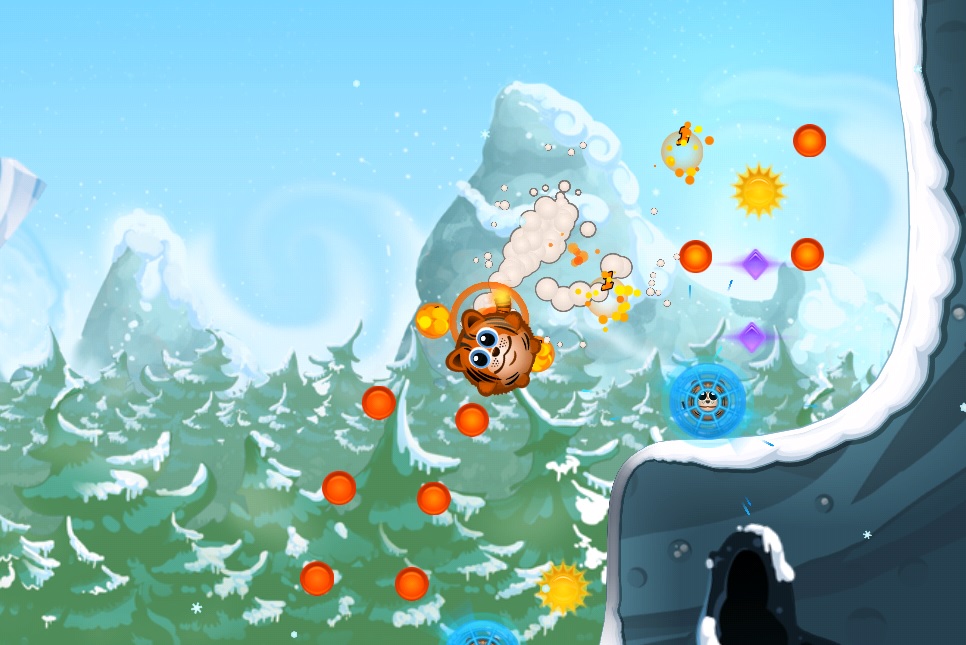 Could there be a more succinct metaphor for the danger that cats present? Cute, little fluff balls that'll blow up with a touch in the wrong (or right?) place.

Bombcats is all about flinging these volatile felines around to free the cats trapped in magical cages. It's physics-based fun with a cute presentation. 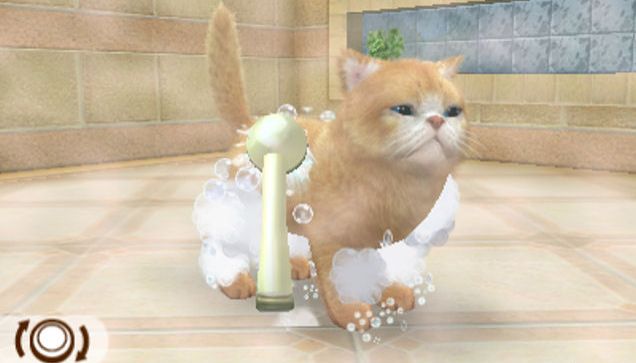 Notice that grumpy face the cat wears as its owner scrubs its golden fur. It's not happy. It doesn't appreciate the effort you're going through.

You pamper and play with these cats but they never seem to be happy. After every meal they cry with a piercing "meow" just to make you worry about them.

This is exactly how my experience with my non-virtual cats goes. It's an accurate pet cat sim. 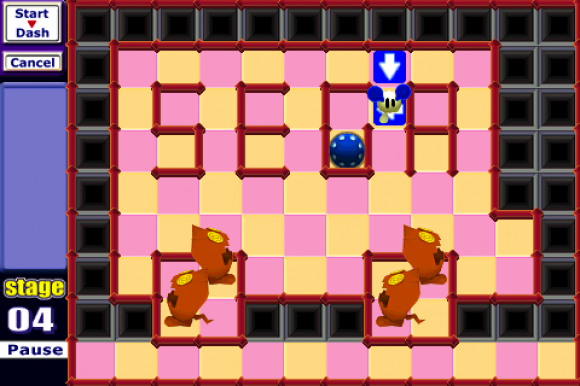 ChuChu Rocket is the Tom and Jerry of puzzle games.

You're tasked with herding a bunch of little mice called ChuChus into rockets. Simple enough, you might think.

But, no, the hungry feline KapuKapus chase after the ChuChus in an attempt to eat them. They're weird and terrifying.

Seriously, their eyes are hypnotic death swirls. Run away while you still can. 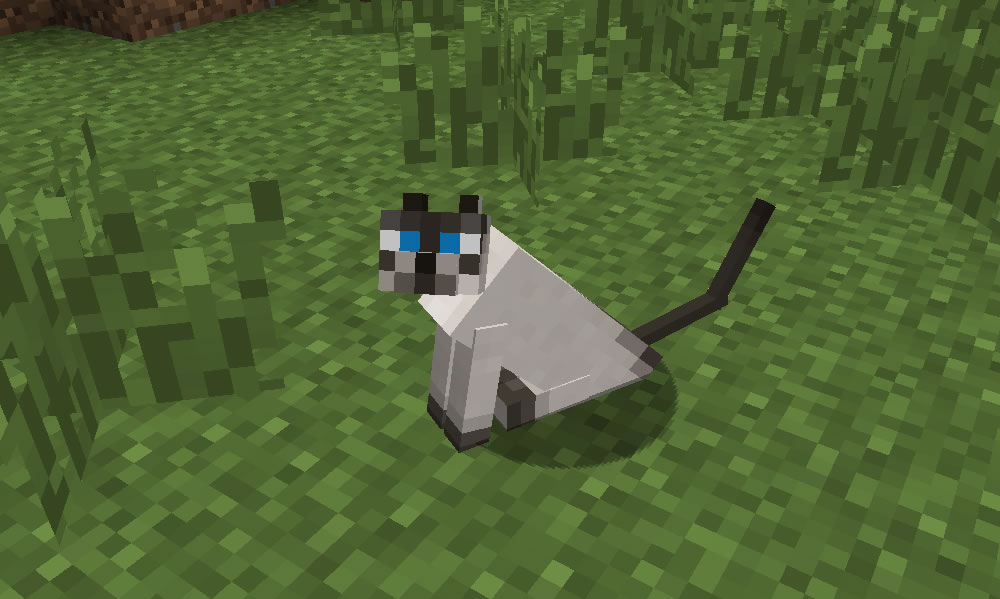 Cats and Ocelots have only recently been added to Minecraft: Pocket Edition, but they've already made a big impact.

You see, Creepers are scared of cats and will run away from them. This is why taming Minecraft's felines is a very good idea.

Just grab a load of fish, feed them to a cat, and it should be yours. It'll follow you around with love in its eyes. Aww.

Cat on a Diet by Nawia Games 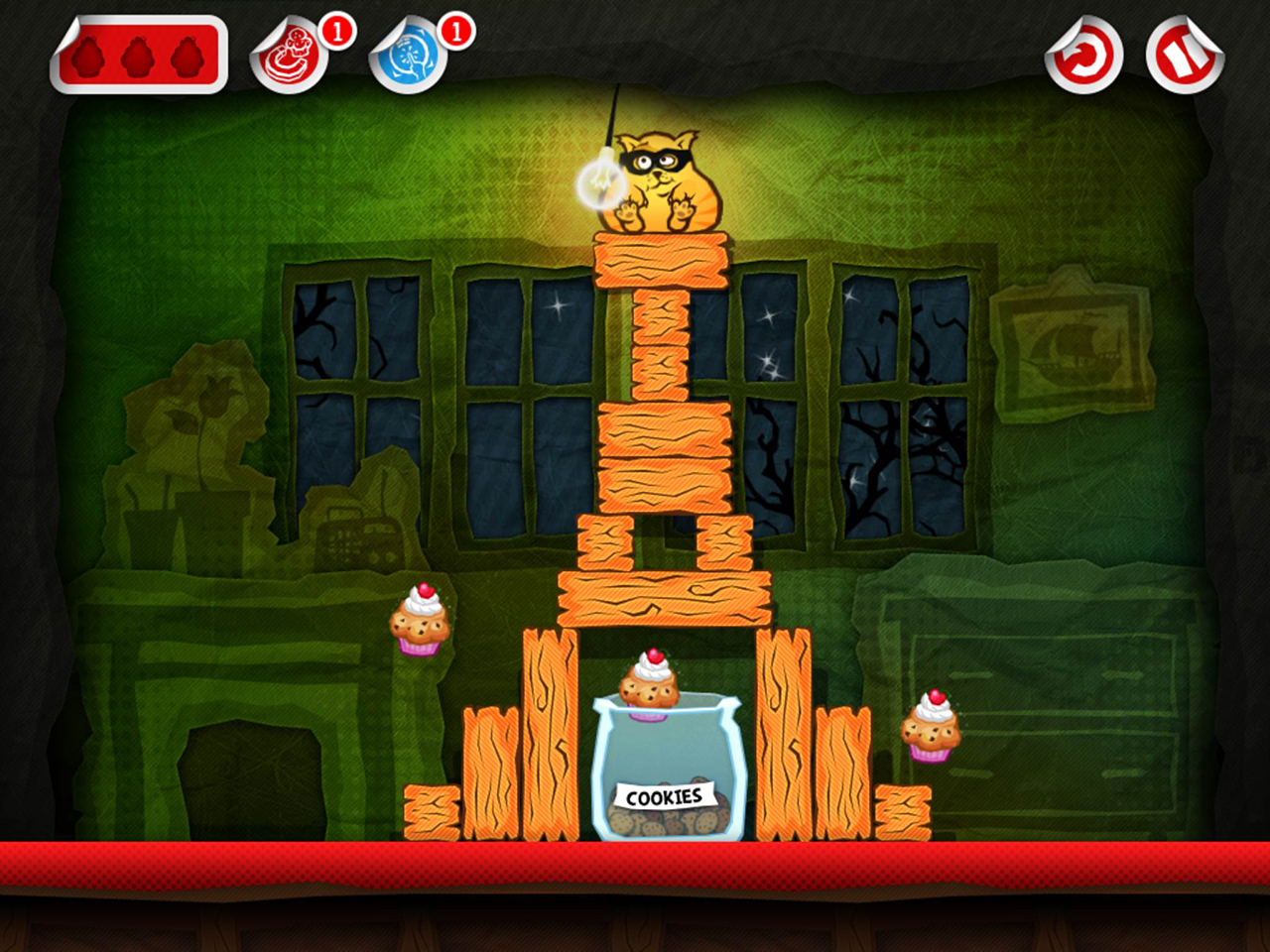 One thing I know I do, and I'm sure of you do as well, is overfeed cats.

I can't help it. The crying and the eyes looking up at the tin of tuna in the cupboard...it's just too much to handle.

Cat on a Diet's Mr. Meow is one of the unlucky ones. Having already become rather fat, his owners have put him on a diet.

All Mr. Meow wants is some cookies. Getting them is the hard part. But can you resist those eyes? Didn't think so. 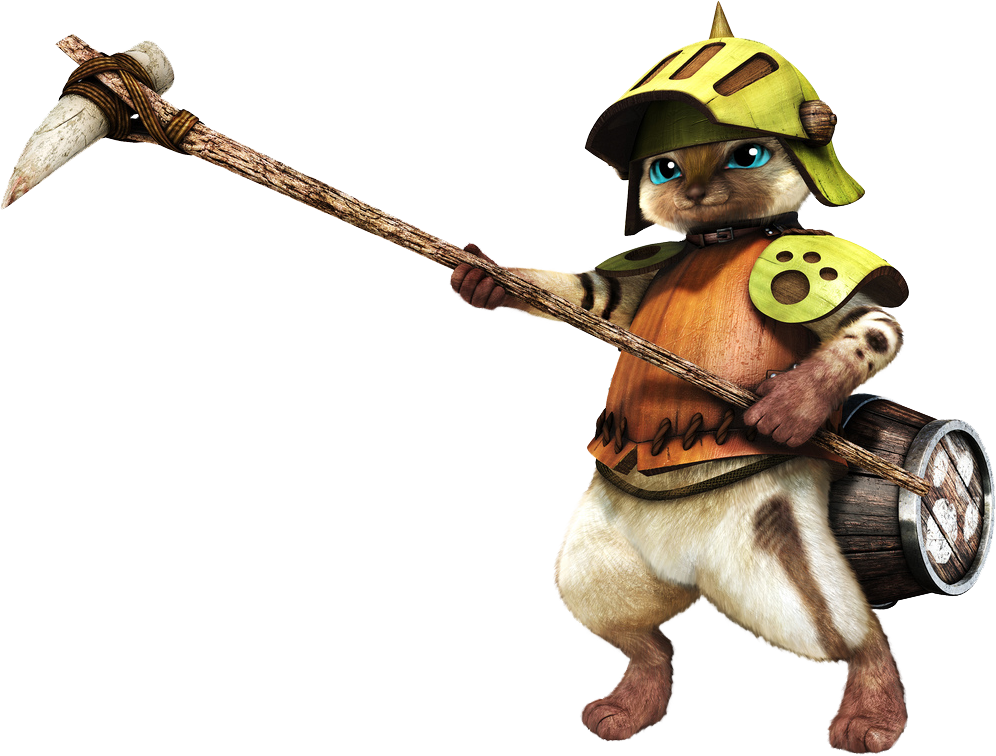 I bet you weren't expecting Monster Hunter to appear in a list of cats in games.

Cats actually feature in Monster Hunter quite a bit. They come in two forms: Felynes and Melynx. They're friendly felines and work for humans in their villages.

However, in recent games of the series you're able to have Felyne Comrades yourself, who will fight alongside you.

Normally, dogs are human's most faithful companions, but Monster Hunter puts cats in that role for once. 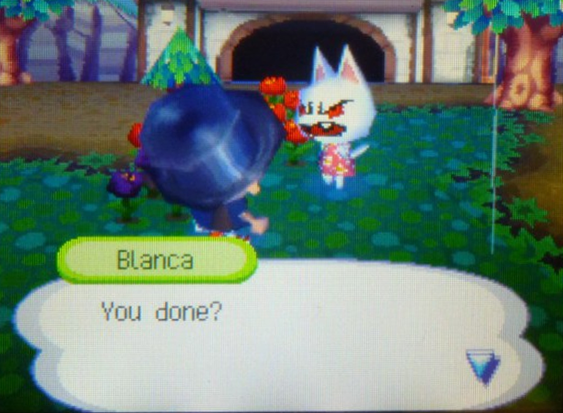 Sure, there are plenty of lovely cat villagers in Animal Crossing: New Leaf. But Blanca is the game's most special cat.

Why? Well, as the name implies, Blanca has a blank face. You get to draw whatever face you like onto this kitty. Seriously, anything - some of the results certainly aren't safe for work.

Aside from that, what a lovely activity, to be able to design your own cat face. Uh oh, now I have to watch Cat Face again. 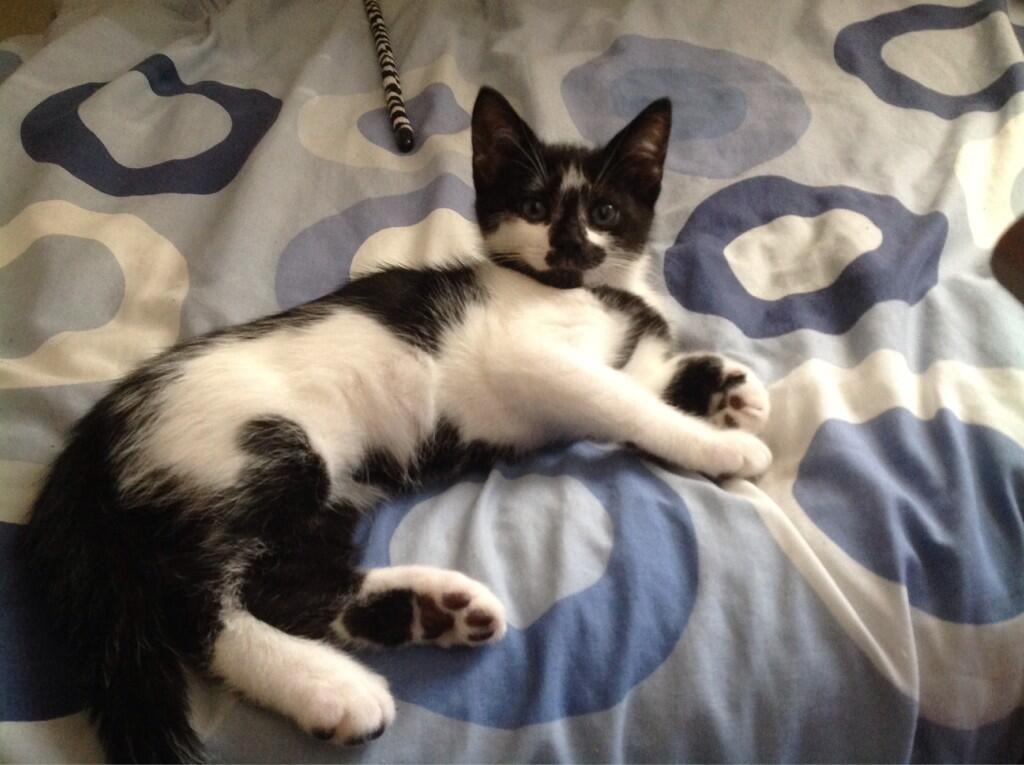 Aww, yep, that's my little cat. Actually, I have three cats, but this is the most recent addition to my family.

As cute as he may be, it's far from when I start playing with any kind of computer.

He gets his paws all over my computer monitor, joins in when I play on my iPad, and tries to chew my Vita when I'm on a good Spelunky run.

Still, he does make my time playing games, erm, eventful.