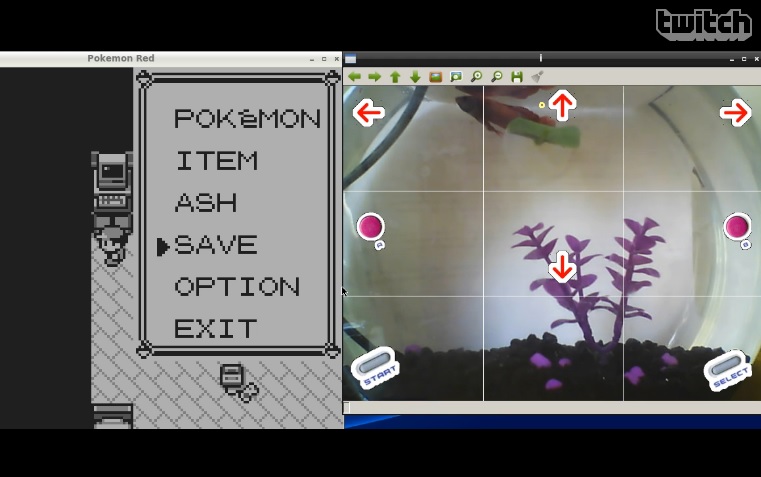 FishPlaysPokemon is something I never thought I'd write about.

In short: it's a fish playing Pokemon. Really.

The fish is called Grayson Hopper and, so far, has acquired a Charmander called "AAAABBK", and has even defeated an opponent's Squirtle.

This is the result of over 135 hours of playtime put in by Grayson Hopper. A real life fish.

It works by using a motion tracking system that presses buttons according to where Grayson Hopper is in the fish tank.

You can watch the livestream over on the FishPlaysPokemon Twitch.tv channel. At the time of writing, there are over 15,000 viewers. What a world we live in.

Our all-new Twitch channel is here!