999: The Novel's twisted story involves a hulking old ship that's been stripped out and made to serve a new, sinister purpose.

Fittingly, 999: The Novel itself is a grand old game that has been jerry-rigged to suit a new platform and a new casual audience.

The trouble is, it's been done rather clumsily. And you can clearly see the joins.

The original 9 Hours, 9 Persons, 9 Doors was a brilliantly inventive Nintendo DS game, which we reviewed way back in 2011. Most critics at the time (including PG) commented that the branching storyline was the game's strong point. 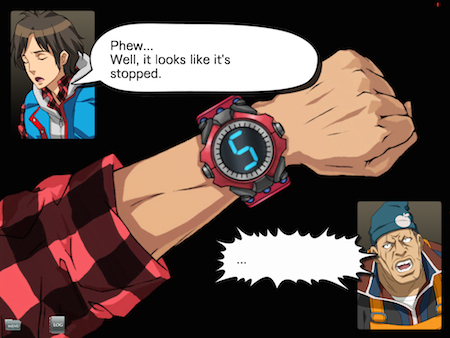 This story sees you playing the part of Junpei, a college student who finds himself abducted by a masked assailant called Zero and then dumped in the aforementioned ship.

Joined by eight other people, some of whom know one another (though that's not always immediately apparent), they are introduced to a deadly game of numbers and logic puzzles that requires co-operation while also hinting that treachery may be the ultimate salvation.

It's an intriguing setup, and one that's fleshed out by some uncommonly decent writing. It's all rendered in the broad brushstrokes of a comic book (both in terms of art style and brash characterisation), and there are some clunky sections. But there are potent moments of wit, drama, and tenderness throughout.

There's also a unique horror element to 999: The Novel's story. It contains several gruesome deaths that aren't presented visually, you see. Instead, they are described in gruesomely detailed language - a far more effective technique. 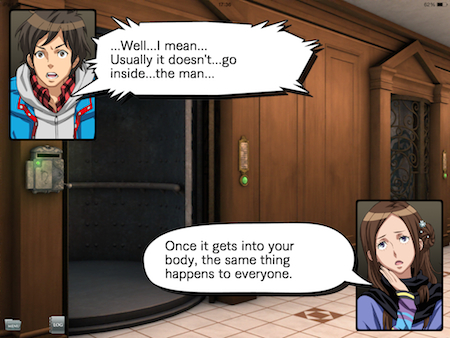 It probably made a great deal of sense, then, for this iOS remake to take the original game; strip out the puzzley bits that tended to get in the way of the fun; and place the game's story front and centre in a concentrated format.

It hasn't quite worked, though. In the central death game that's being played, called "The Nonary Game," you have to find the digital route of numbered doors by combining the characters' assigned numbers (Junpei is #5, for example).

At numerous points, the story sets up one of these locked door mathematic conundrums... only to take the actual solving of the puzzle out of your hands and to talk you through the solution. 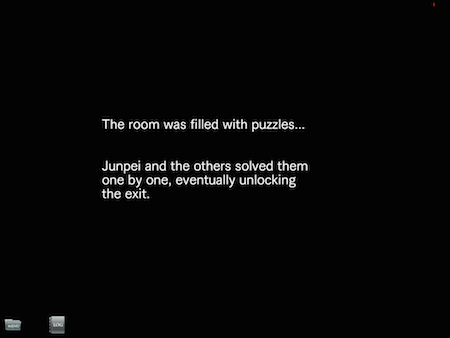 It's a bit like having your maths teacher work out a conundrum with a colleague in front of her students. Sure, the pupils might get a sense of the problem, but they won't feel engaged or entertained.

Still, at least you're dragged along with the character's thought processes in these situations.

At other times, you encounter new areas that obviously contained environmental logic puzzles in the original game... only for the story to cut to a black screen with a simple piece of text to the effect of "then they swiftly solved a number of puzzles before moving on."

It's incredibly clunky. And so is the presence of one or two scenes that have obviously accidentally made their way into this game from the DS original (rather than receiving the HD overhaul treatment present elsewhere). 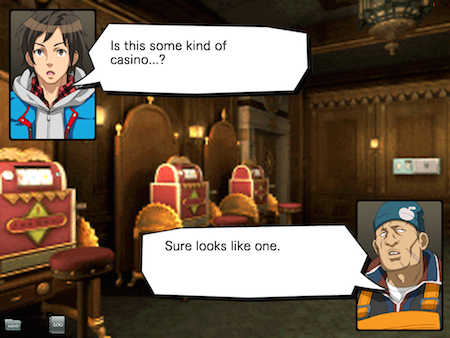 Even Junpei is struggling to decipher this odd sub-HD scene, it seems

The only interaction you have in 999: The Novel is in choosing the door you take when you reach those numbered door sections. It's as simple as touching one of two or three routes.

This then affects the course of the story and the precise character moments to which you'll be witness. In turn, this leads to six possible endings - and you'll likely need to go back and repeat certain sections to get the one true ending.

In fact, the first time you finish the story will probably be quite an anti-climax, with very few of the loose ends tied up from this increasingly strange tale.

Dead in the water

As with the rest of the game, the developer has jerry-rigged a crude workaround to help you negotiate these plot dead ends. It's a kind of story map, accessible at any time, that allows you to jump back to crucial decision points.

It's effective, but it kind of feels like a fan-made modification rather than a purpose-built tool.

As it turns out, then, 999: The Novel doesn't make for a better story than it did a game. By removing any semblance of gameplay and failing to stitch up the excision points properly, it's become disjointed, unsatisfying, and just a little bit odd.

The story it tells still has the ability to intrigue, and I certainly felt compelled to see it through to at least two of its endings. But when I turned over the final page, 999: The Novel felt like a rough first draft of a promising story rather than an expertly polished final edit.

A finely crafted story-based game that has been crudely hacked into a disjointed Choose Your Own Adventure experience. It makes for a compelling read, but one whose crude reconstruction has left a lot of threads dangling
By Jon Mundy
| Mar 24, 2014 |
iOS
Find out more about 999: The Novel

Mysterious and baffling shenanigans are occurring in 999: The Novel on iPad and iPhone right now